Where’s the Next Top Graphic/Web/Motion Designer?

Reality TV for the rest of us. 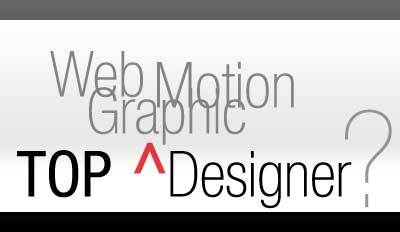 I just watched my very first episode of Top Design, the latest in the list of design-related reality shows on Bravo. Watching the usual inter-personal drama ensue made me think, Are these shows really about searching for the next best thing or is it only about entertainment? I used to like watching Project Runway, not just because it’s name didn’t involve the word ‘Top’ in it, but also because I found myself learning about Fashion design and as a result, gaining a new found respect for the people on the show and fashion designers in general. It also helped that my wife’s a fashion designer and she gave her stamp of approval on the skill level of the participants. But that aside, I began to think that maybe these shows could serve an educational purpose and further the design IQ of the couch potato public, instead of furthering the impression that all designers are egotistical prima donnas. (Even if it’s true we don’t need the public thinking that).

Maybe it was just the episode I saw and I need to give it a second chance, but I came away from that episode thinking that the Interior Design theme was just packaging for the same ol’ fight of the egos schtick. Maybe that’s what makes it good TV. But that got me thinking:

Who’s Got Next?
I have to admit that fashion and interior design seem like such exciting disciplines that they might lend themselves better to entertaining the masses, there’s even one called Shear Genius dealing with Hair design. But what about Graphic Design, Motion Graphics or Web development? Are there any shows slated for production (or that exist already)that tackle the high-velocity world of press checks, client pitches, lens flares or server crashes? They could have group challenges to launch an e-commerce store in 2 days, or produce, shoot and edit a show open for the Academy Awards in a weekend. I’ve seen challenges in The Apprentice where the teams had to conceive and execute an advertising campaign so why not expand that into an entire show?

But who would they get to host them?
Are there any respected graphic, web or motion designers that have the time and narcissicistic tendencies to flaunt in front of the camera for a couple of months giving young hopefuls the chance to become America’s Next Top [fill in the blanks]? Who would you like to see host a show about your field?
And of course you have to have a catch-phrase. Project Runway had “You’re Out,” Top Chef had “Pack your knives and go,” The Apprentice has “You’re Fired.” What would you tell a rejected contestant of Top Web Designer? “Hand in your Mouse”? or “Error 404”?

Passing (serious )Thought
One of the judges on the show disagreed with a contestant’s decision to give up fighting to be heard on his team and just be a team player. The judge’s reasoning, as far as I understood, was that to be a (there’s that word again) “Top” Designer you have to fight to get your voice heard and your vision realized. To which I responded; When you have deadlines looming and teammates bickering would it help to add to the bickering or to suck it up and get the job done?

5 thoughts on “Where’s the Next Top Graphic/Web/Motion Designer?”

The Benefits of being a "Triple Threat"

The Benefits of being a "Triple Threat"

TV 2.0: Programming for the ADD Gener...Ooh is That a New Pilot?