40 Mini's participated in The Great Ice Cream run, motoring their way from Sanford, Florida to Bar Harbor, Maine, and raising funds for the Make A Wish Foundation.

June 9th was the perfect day for eating ice cream…and by perfect I mean it was 102 degrees here in Savannah. It was also a fun day to find yourself in the vicinity of Leopold’s Ice Cream on Broughton street, for the arrival of around 40 Mini’s as they participated in The Great Ice Cream run, motoring their way from Sanford, Florida to Bar Harbor, Maine, and raising funds for the Make A Wish Foundation.

The Minis wound their way around the historic distric: making a lap around Forsyth Park, and the drawing stares from the crowds on River Street before finally coming to a stop on Broughton in front of Leopold’s. There was quite a crowd gathered and it turned out to be a fun evening for all involved. Stratton Leopold himself flew in for the event, and there were Mini owners from Charleston, Jacksonville and Savannah, not including those folks from other parts of the US who had set themselves the daunting task and eating their weight in ice cream as they participated in the week long event. This was yet again another great example of how infectious Mini’s branding really is.

For great daily updates and photos from the event visit murmini.com and gbmini.net. 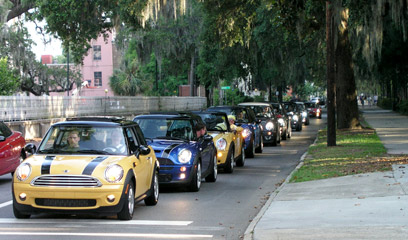 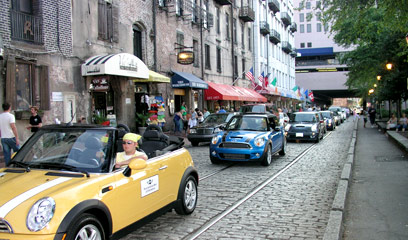 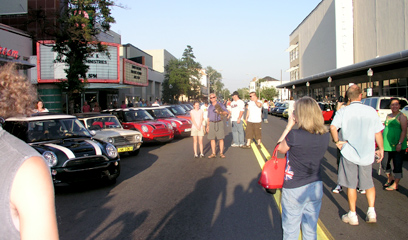 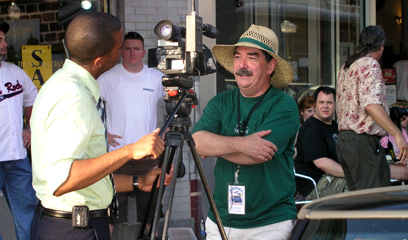 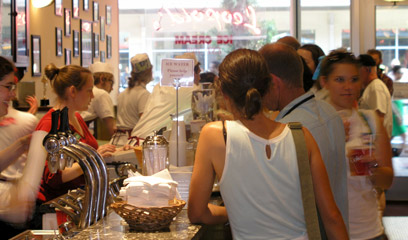 Quite a crowd crammed themselves into Leopold’s Ice Cream 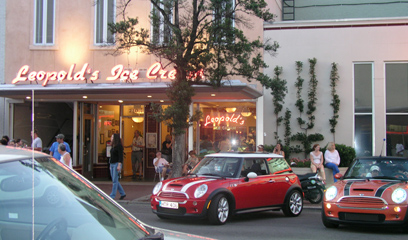 Why I Love Living in Savannah: Reason 85