More than 50 films about the earth's oceans and its inhabitants. 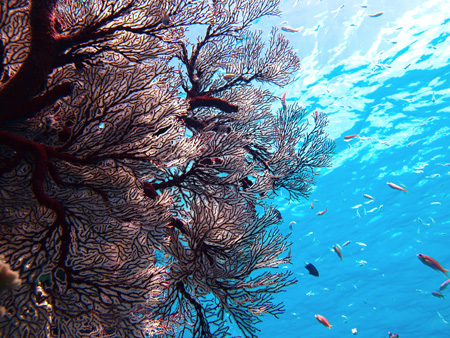 In five days the BLUE Ocean Film Festival (June 10 -14) will open here in Savannah, with a screening of EARTH, the first theatrical release of Walt Disney Studios’ Disneynature. What’ll be different about this screening is that audience members will have Jean-Francois Camilleri on hand to share insight and talk about the vision of Disneynature (he’s the executive vp). And if that’s not cool enough, he’ll share footage from their upcoming film, OCEANS.

The festival will honor Dr. Sylvia Earle with a Lifetime Achievement Award for Outstanding Ocean Advocacy.

Dr. Sylvia Earle, widely recognized as one of the world’s most influential ambassadors for the oceans, will attend the festival to accept BLUE’s lifetime achievement award. Earle has authored more than 175 publications, received more than 100 national and international awards including Time magazine’s first “hero for the planet” in 1998, the prestigious TED Prize in 2009, and was instrumental in adding the oceans to Google Earth 5.0. A botanist, biologist, conservationist & entrepreneur, She has transcended many boundaries in her career, including an untethered walk on the sea floor at a lower depth than any other human being. Dr. Earle served as chief scientist for NOAA from 1990-1992 & is currently a National Geographic Explorer-in-Residence. Her legacy will be further celebrated by the renaming of this lifetime achievement award in her honor.

Here is Dr. Earle presenting at TED (most of you know how much we love TED around here!)

In addition to the more than 50 films that will be screened at the festival, participants will have an opportunity to pitch to a line up of executive producers and commissioners from Discovery Channel/Science Channel, National Geographic Channel, History Channel, National Geographic International, Nature/WNET. They’ll also have the opportunity to attend seminars and hands-on workshops.

I can’t say how excited I am to know this amazing event is happening here. Have a look at the schedule and be sure to get your passes before it’s too late!

Artists That Inspire Me: Luke Jerram

What If Clients Treated Restaurants Like They Do Designers...