May you moonwalk forever. 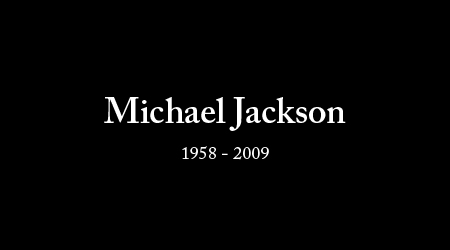 I woke up to an appropriately gray morning. While we don’t usually do sentimental-type things like this on the blog, I had to offer up a moment of respect and thanks for this gifted artist. He gave us all a lot…at great cost to himself.

Michael Jackson was the source of enormous joy for me as a kid and teenager, and for that I will always be very grateful. I could wax poetic about the pivotal moments for which he provided the soundtrack (and the sweet moves), but what makes him great is that millions of us had those moments.

I still remember his performance at the Motown 25 show in 1983, a recording of which was the first actual vhs tape I ever had. We played it well beyond the point of abuse in large part because it was the debut of the moonwalk. It never got old.

Thanks MJ. Rest in peace.

Book:”Linchpin: Are You Indispensable” by Seth Godin

Book:”Linchpin: Are You Indispensable” by Seth Godin

Artists That Inspire Me: Andy Goldsworthy