Beat the heat without air conditioning 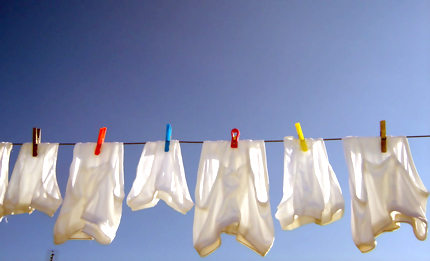 It’s A MILLION degrees already in Savannah, and though we’re also getting rain (drought problem solved) it doesn’t seem to cool the place down for long.

Thankfully today I finally got my AC fixed, after days of it not getting below 80 in my house at night. If you’ve never seen an over-heated house cat you should have stopped by. In the haze of indoor heat that made me 96.32% useless, I did a quick search for some alternate ways to cool things down…after all, it’s not like AC always existed, and somehow people survived.

Here are a suggestions from two of the sites I found, in case you’re also looking for some ideas:
Beat the Heat Without Air Conditioning – courtesy Associated Content

Suggestions:
1. A block or bowl of ice in front of a fan
2. Dress yourself and your home in light colors and fabrics
3. Use fans to blow the air from the cooler parts of your house to the warmer parts, and blow the hot air out
4. dampen your ears, hands and feet with cool water or ice

They also have another list here with ways to keep yourself cool, but it suggests no caffeine or alcohol!!!
Other than that, it does have some good ideas.

Suggestions – minus the ones already mentioned:
1. wear loose-fitting clothes
2. put your lotion in the freezer
3. keep a small mister in the fridge and then spray yourself to cool off
4. take lots of showers
5. drink lots of fluids
6. avoid caffeine and alcohol (there go all my fluids!)
7. eat light meals
8. hold packs of frozen veggies to your face and forehead
9. put wet/frozen wash cloths or bandannas around your neck
10. wear a hat when going outside and put an icepack under your hat

Alt Guide: Air Conditioning – courtesy SuperNaturale
This site is awesome because it suggests 2 absolutely whacky/amazing things I would never have thought of myself: showering in your underwear (and going to bed with it still wet), and freezing your pillowcases. Let me apologize for TMI, but I will not be sleeping in showered underwear…though the pillowcase thing sounds kinda interesting. What about frozen underwear? Ok, nevermind that one, now that I’ve thought it through it’s probably a bad idea.

Suggestions – minus the ones already mentioned:
1. pick a home with good cross-ventilation and ceiling fans (not helpful if you’re not moving)
2. eat ice-y stuff like popsicles and freeze partially full bottles of water so that you can fill them the rest of the way with water when you’re thirsty.
3. cook outside (like on the grill) so that you keep the hot out and the cool in
4. schedule most of your activity for early in the day or later when it cools down. Lay low at the hottest time of day
5. the shower in your underwear thing
6. the freeze your pillowcases thing
7. go to the movies…love this one, but it could get expensive!!

Most websites suggested all the same stuff, though I especially enjoyed the ones where their #1 suggestion was to get AC. Great. Thanks.

Here’s to keeping cool this summer.

The Brads and Typekit