Achieve results in a short space of time, and with a very shallow learning curve.

Some time back I had the opportunity to create some artwork for an indie film shot by Epic Image Entertainment’s, Justin Lutsky. The  idea was to create something that looked big budget Hollywood circa 1990’s Action movie, but the director needed us to turn things around REALLY quickly.  So, of course, I turned to my go-to 3D software for all things awesome: Cinema4D.  I’d been introduced to the world of C4D last year when looking for a simple program to create some 3D text for an album cover I was working on, and since then I’ve been constantly amazed at the results you can achieve in a short space of time, and with a very shallow learning curve.

So here’s the equation: 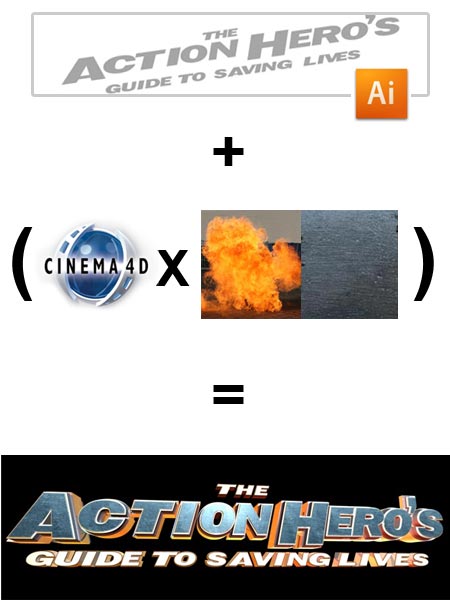 The Step by Step follows…

1. Design Your Logo in Illustrator

This was the one I settled on, plain and simple because Cinema 4D will do the magic.  Save your file as Illustrator 8 though, when you’re ready to bring it to 3D.

Not sure why they call it “Merge” but hey it works so why question it. 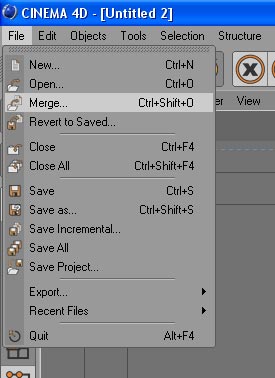 So it should look like this when it’s in. 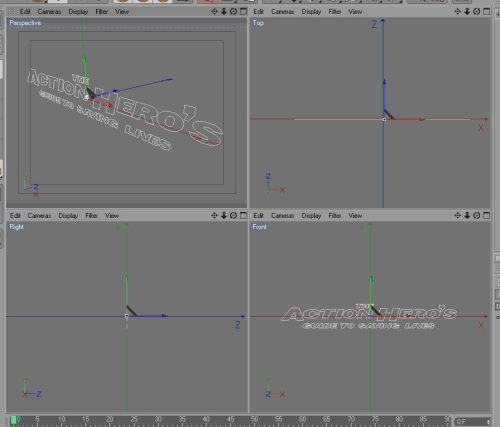 Since I wanted the text “Action Hero’s” to be treated differently from the “Guide to Saving Lives” I needed to group the relevant paths for those words together , then C4D allows me to play with each group separately. Grouping , of course, is easy all you do is select the ones you want and press Alt+G  (Ctrl + G on a Mac). Here’s what my groupings ended up looking like. 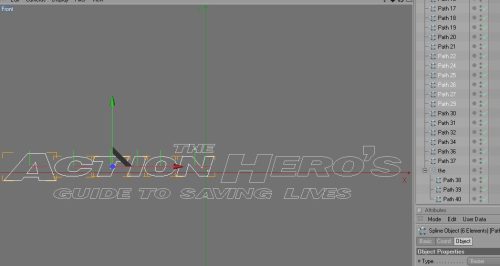 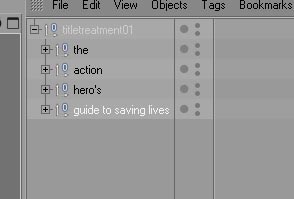 Again, easy peezy. All you do is create an Extrude NURBS object from the top menu, then drag the names of your group of paths in the Objects palette  underneath the Extrude Object. Then voila! extruded object. 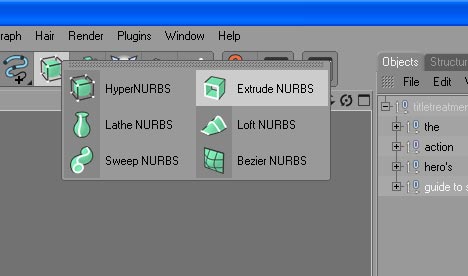 (You’re probably going to have to check the Hierarchial button, shown below,  in the Attributes palette of the Extrude Object to see the Voila)

Here’s what my file ended up looking like after creating a bunch of extrude objects for each group, and throwing in a duplicated extra one to give the words “Action Hero’s” a little more oomph. 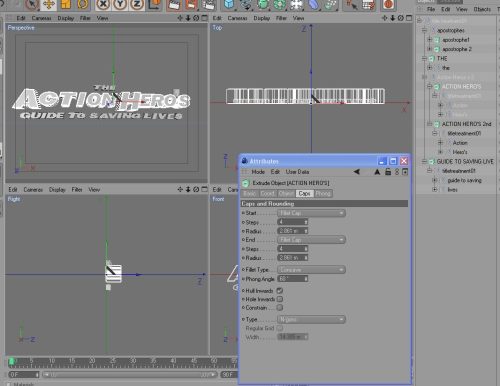 When you’ve made an Extrude object you have options as to how you want to treat the edges, both in terms of it’s size and shape.  So play around with the Caps tab in the Extrude object attribute box. 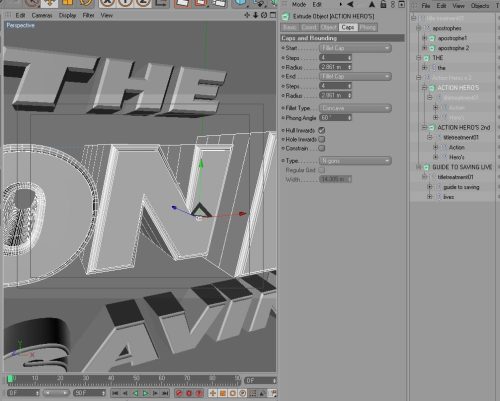 Now you’re ready to give the objects some skin. I usually hunt Stock Xchng for free images, but use whatever ones you think will work. I only needed 2 in this case:  1 fire texture (well,  it’s an Action movie after all, even if you’re not going to look at it, you need an explosion) and 1 brushed metal texture. 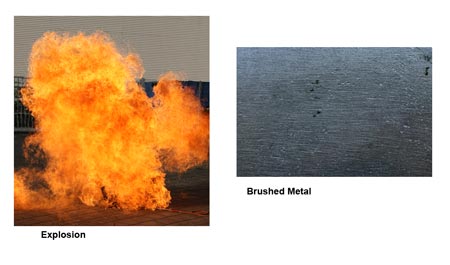 In Cinema 4D you create a New Material from the materials palette (it’s usually near the bottom of the screen), 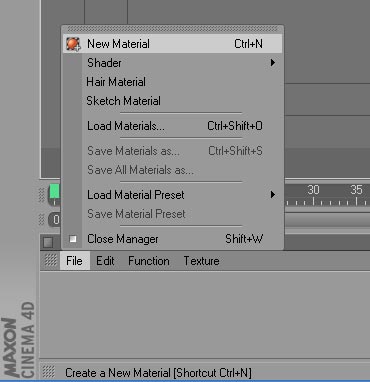 Then in the Material editor for your new material, you click on the Color tab, look for the Texture line and import the brushed metal image. It’ll ask you if you want to make a copy of the texture to save in the tex folder, I’d just say yes, don’t make Cinema 4D angry. 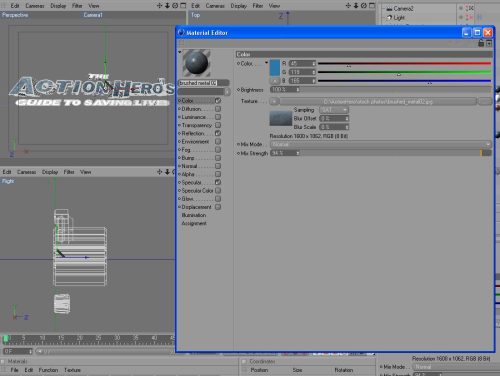 “How do I get this new kick ass brushed metal material I just created on to my objects?” You might ask. Just drag it. 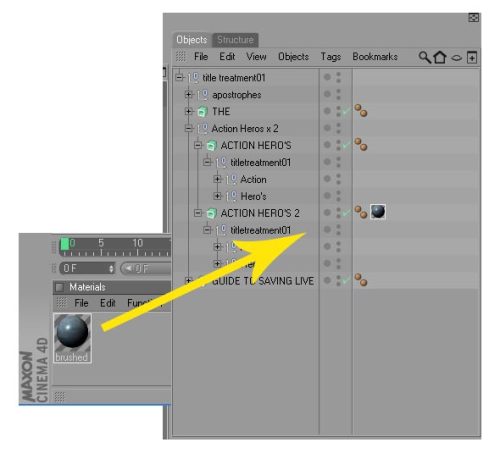 For the “Guide to saving lives” text I played around with a Nukei material. Created by selecting, Shader > Nukei in the same place you created the new materials. 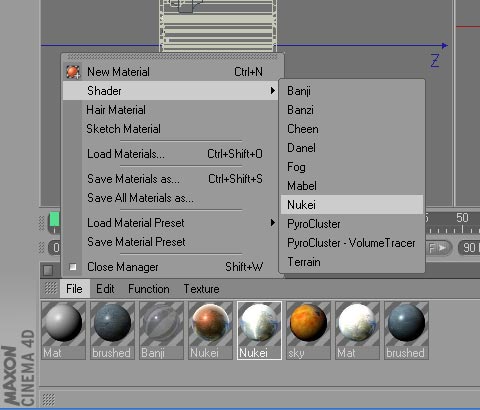 Just mess with the colors until you get something you like. This is what I ended up with. 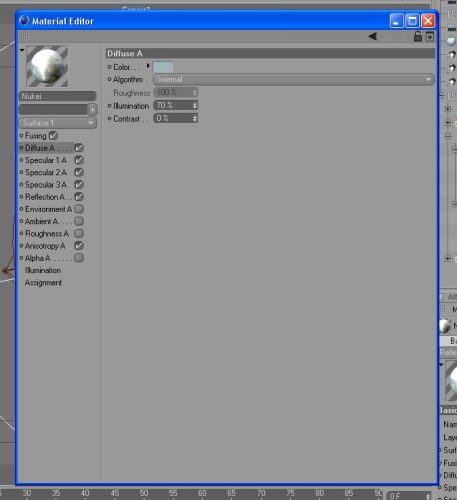 Here we come to another feature of awesomeness in Cinema4D, selections for your textures.  Say you want only the front and back of your object to have the brushed texture, but you want the sides to  be more reflective. (Go ahead… Say it!) All you do is click on the texture icon next to your object in the objects palette and look for the Selection line in the Tag properties box below. In my case I used the R1 (rims) for my Nukei texture and C1 (caps) for the brushed metal. That way the brushed metal is on the front and back, with a little shine around the edges. 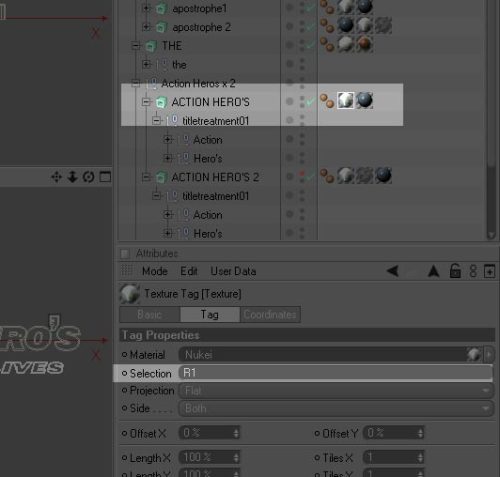 With all that reflectivity you’ll need something to reflect won’t you. That’s where the fire comes in. Just create a Sky Object… 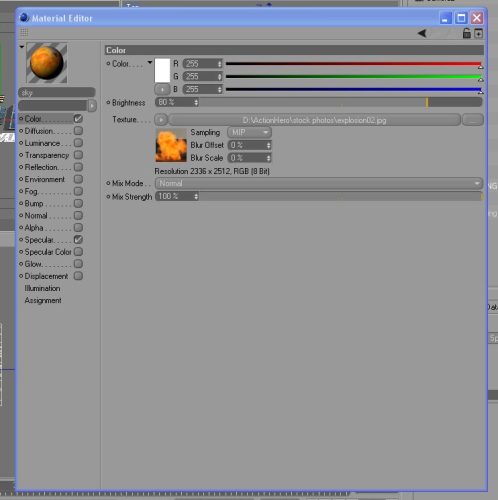 then throw that fire  material onto the  Sky object, the same way you did the brushed metal material.

If you don’t want to see the Sky in the background just create a Compositing tag, while the  Sky object is selected, 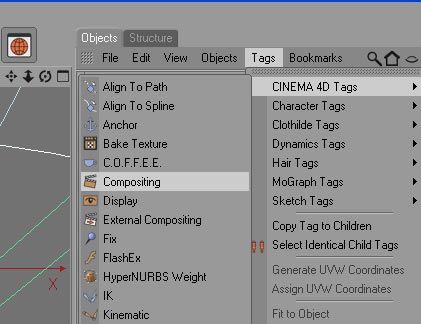 then deselect the checkbox that says “seen by camera” in the attribute box below. 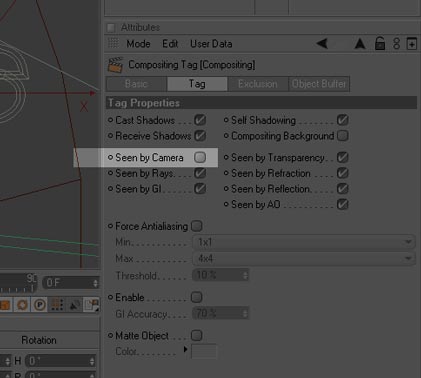 This is what I ended up with, with no lights created. 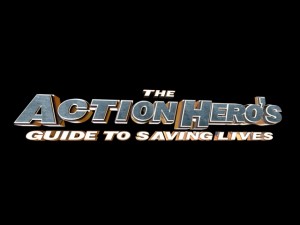 Now I’m no lighting guru, (as you can see) so all I did was setup a semi-standard 3 point light scenrio with a red backlight, blue-ish keylight and another warm light for good measure. You do whatever you want. 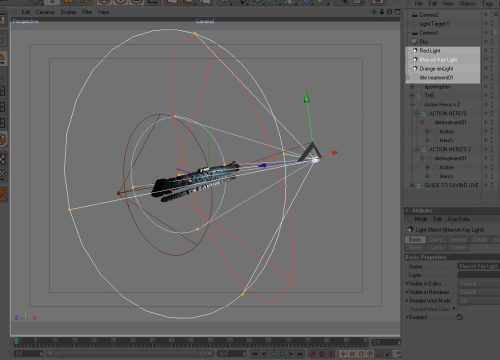 Here’s what I ended up with, after a few tries. 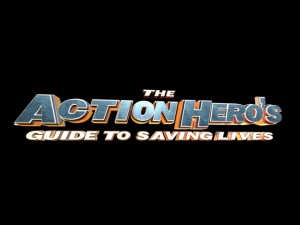 And here’s the final logo in context with the rest of the poster: 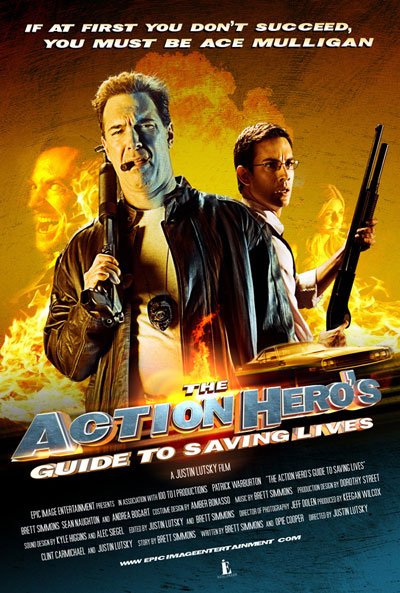 Hope this helps convince those of you who were previously a bit intimidated by other packages to try your hand at some 3D.

How to be a MensHealth Guy