The New Face of Lexington

A visual identity that reflects Lexington's "one of a kind personality." 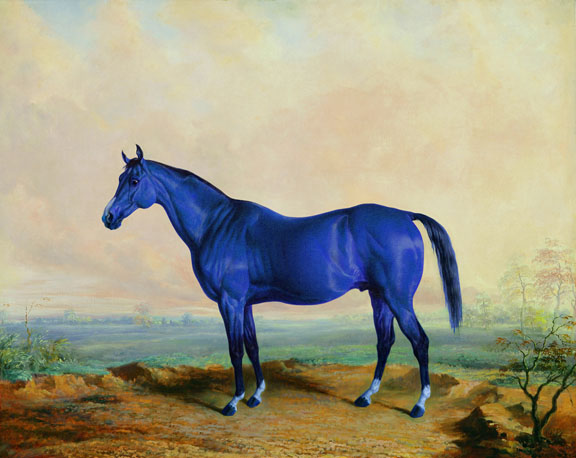 Known as the “Thoroughbred City” and the “Horse Capital of the World,” Lexington is the second largest city in Kentucky. Before moving to Savannah and joining the Paragon team I lived in a loft apartment in downtown Lexington, which gave me instant access to everything this beautiful bluegrass location had to offer. It also allowed me to see first-hand how excited the city was to host the first ever World Equestrian Games in 2010.

I first heard about the games coming to Lexington years ago, as a student of communications at Asbury College. I immediately began considering what the branding would look like, since I had just come back from the Olympics in Turin where I had been bombarded with the kind of branding world events seem to attract. So naturally my interest was peaked to discover that one of my favorite agencies had been tapped to design the look of Lexington for the 2010 games—the legendary Pentagram.

The Lexington Convention and Visitors Bureau asked Pentagram to develop a visual identity that reflects Lexington’s “one of a kind personality.”

DJ Stout & Michael Bierut came up with the concept of “Big Lex,” a mythical character based on a portrait of the famous racehorce “Lexington” painted by renowned Kentucky artist Edward Troye in 1868. The idea is simple enough, Bluegrass + horses = One Giant Blue Horse. The interesting twist is how they weave the character into traditional oil paintings to give it an old school equestrian feel. The goal was to create a contemporary interpretation of a classic art genre that would stand out from many other cities.

“There really aren’t that many identities for cities in the U.S. that you can remember” says Stout. “What you are more likely to remember about a place are its distinctive buildings, towers, statues, and landmarks …”

My initial reaction to the logo design was not a good one. A simple sans serif font and a big blue horse just doesn’t seem to give the sense of elegance that the horse community is traditionally identified with. I immediately took to twitter to see what others were saying and my thoughts were echoed by locals in the Lexington area:

“Their style doesn’t seem to line up with the horse world, which is much more frilly, classic, and old-school.”
–Will Sears

“I like the identity package ok, but those renderings are mad hokey looking.”
–Lauren Liggett

But after I had some time to think about the new brand for the city, I started to see the genius in the design. On one side you could say that it looks too simple or that the billboard looks like they were just trying to fit everything in. The horse looks a bit like clip art and the elements don’t necessarily look like they were meant to go together. But on the other hand, knowing Pentagram, it will be the application of simplicity that will make this concept really sing. The use of the oil painting tips its hat to traditionalism while bringing you into the new brand (tell me people won’t be buying posters of this). The generic looking horse outline actually has significant local history, and the idea of using it instead of the name of the city will indeed make it stand out. I would wear the I “Horse” Lex shirt, and looking at the letterhead more and more makes me wish for a moment that I worked for the City Council. Just a moment.

So what do you think? Is the logo too simple? Is it strong enough? Does it stand out or is it utterly forgettable?

All images from Pentagram

4 thoughts on “The New Face of Lexington”