The book is a mind-blowing encyclopedia of phenomenal products that are changing our world.

Sure this past Saturday morning was cold and windy, but that was not enough to slow down Project H’s Design Revolution Road Show which cruised into town for the day. 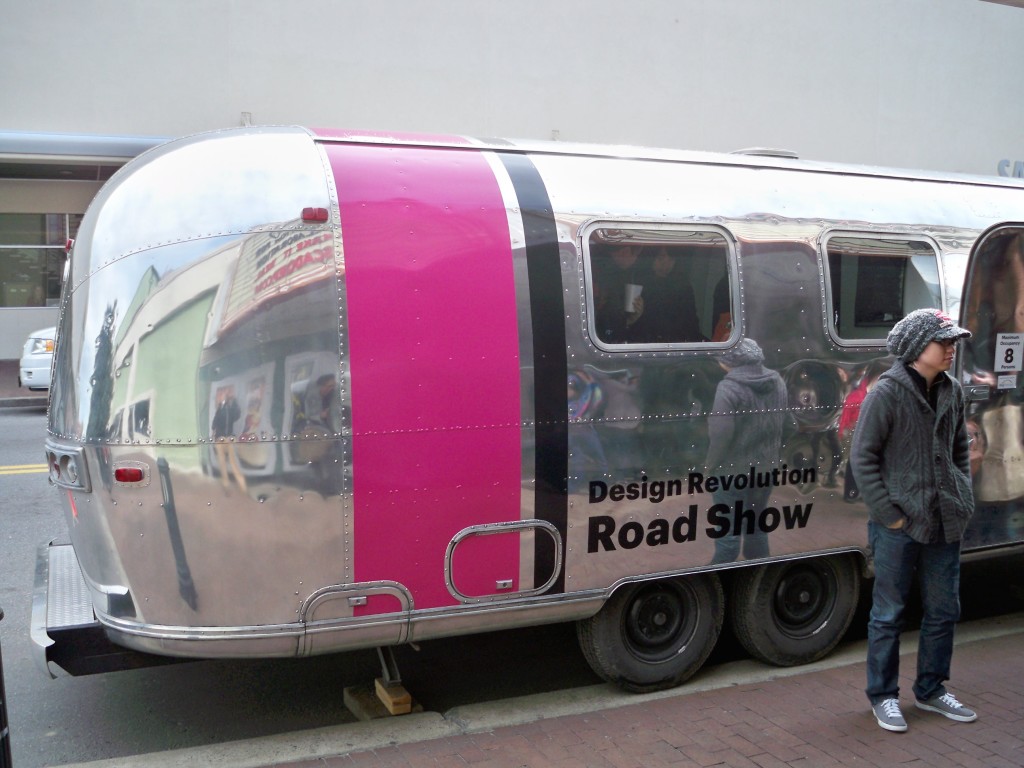 Vintage Airstream that housed the exhibit. Talk about shiny!

I had the pleasure of spending the day with the inspiring folks at the helm: Emily Pilloton, Founder and Executive Director of Project H, along with Matt Miller, Project Architect – two super smart people, who aren’t just talking about making the world a better place…they’re doing something about it.

I won’t rehash previous posts (you can read them here and here).

Not long ago, Emily wrote the book Design Revolution – 100 Products That Empower People and the Road Show is essentially her book tour. The book is a mind-blowing encyclopedia of phenomenal products that are changing our world.

The exhibit was a sampling of around 40 of those products including:
. The LifeStraw a portable water filtration device.
. GROW a new approach to solar and wind power.
. The Hippo Roller a water transportation barrel that rolls along the ground, with a handle attached to the axis of the barrel.
. The SpiderBoot footwear for landmine detection teams
. Adaptive Eyewear inexpensive self-adjustable eye glasses (ONE OF MY FAVS!)
. HYmini renewable power for your gadgets
…and on and on.

(FYI – the book is currently out of stock after sales shot through the roof thanks to Emily’s appearance on The Colbert Report. The link I’ve provided is to another amazing organization called Better World Books a “for-profit social enterprise that collects used books and sells them online to raise money for literacy initiatives worldwide”. I recommend buying your copy from them.)

Early in the afternoon the gathering crowd moved into the Trustees Theater for the presentation. Emily and Matt gave a bit of background on themselves and how they transitioned from commercial design to humanitarian design. I especially liked hearing about her moment of absolute clarity, which came after a 3 hour long meeting to determine the perfect doorknob shape for a retailer’s revamped stores! Ouch.

Next they talked about The Designer’s Toolkit a free tool to help designers interested in designing for the greater good. You can download it here.

And last but not least, in case weren’t convinced that they truly believed what they were advocating, they announced that at the end of the Road Show they would be relocating to Bertie County to work in the school system, teaching design principles and implementation (via english, math, art and shop) to kids who are poor and desperately in need of a broader world view. WOW!

I’m thrilled that Emily, Matt and their newly adopted dog Junebug decided to make Savannah a stop on their cross country tour. I hope that all the designers, professors and students who came out were as inspired as I was.

Thanks guys!! We wish you safe travels for the rest of the Road Show and all the best in your new endeavor in NC. 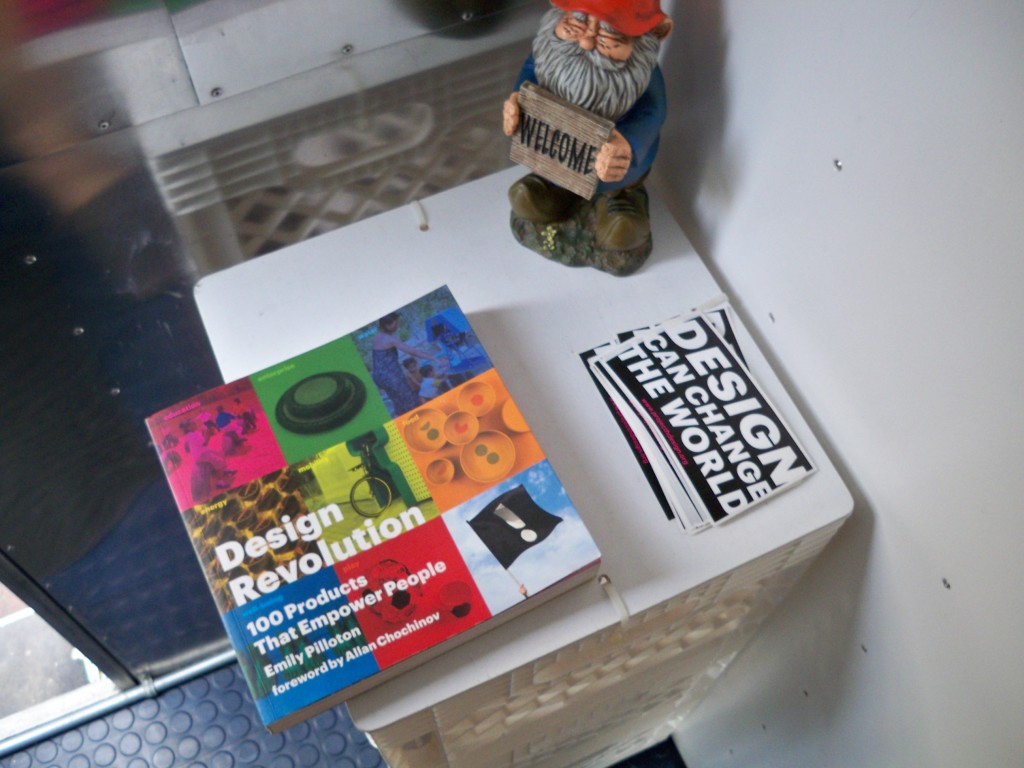 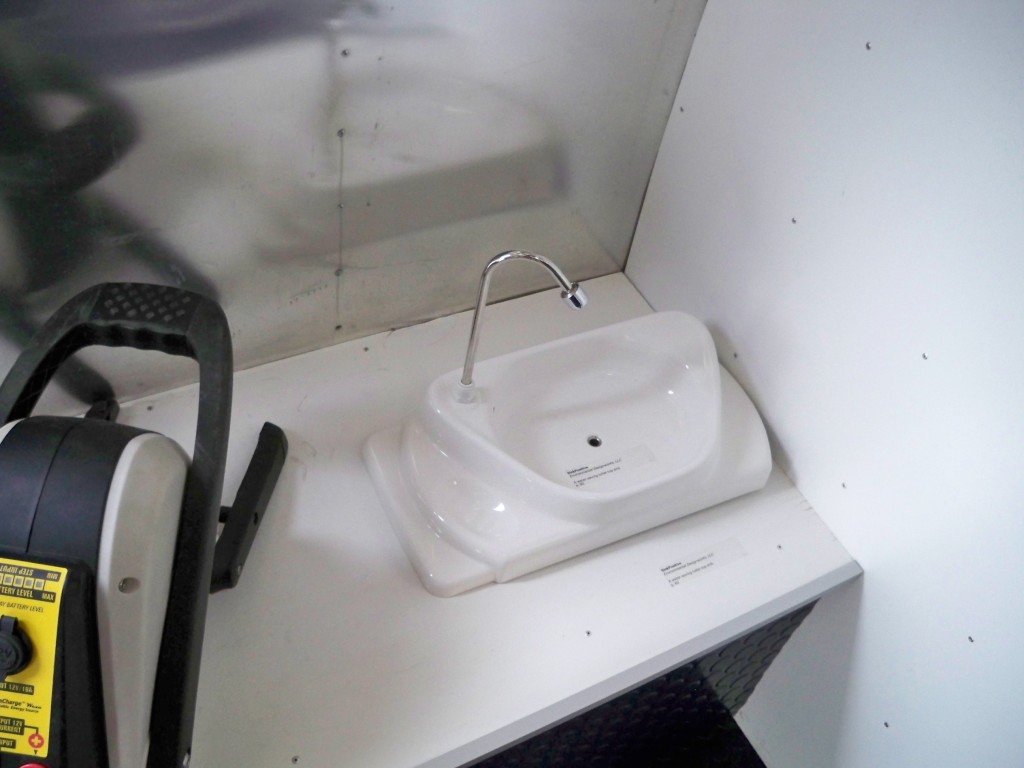 SinkPositive: one of the products featured in the exhibit – replaces your toilet tank lid. Fresh water to the sink, grey water into the bowl. 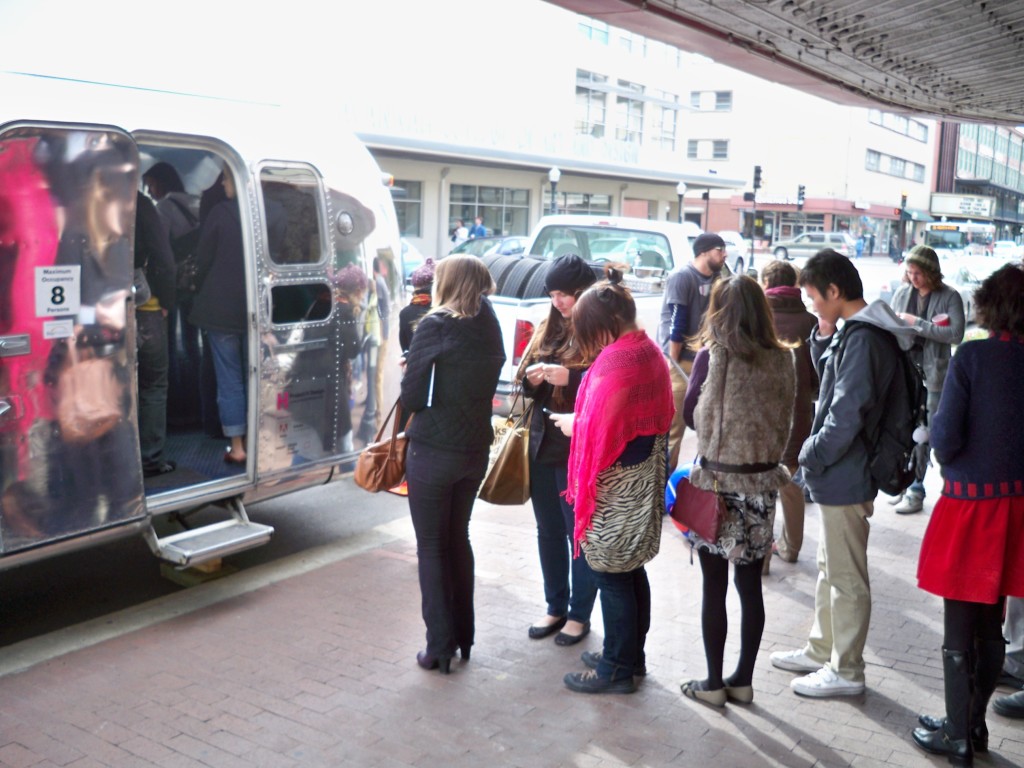 Waiting patiently to see the exhibit. 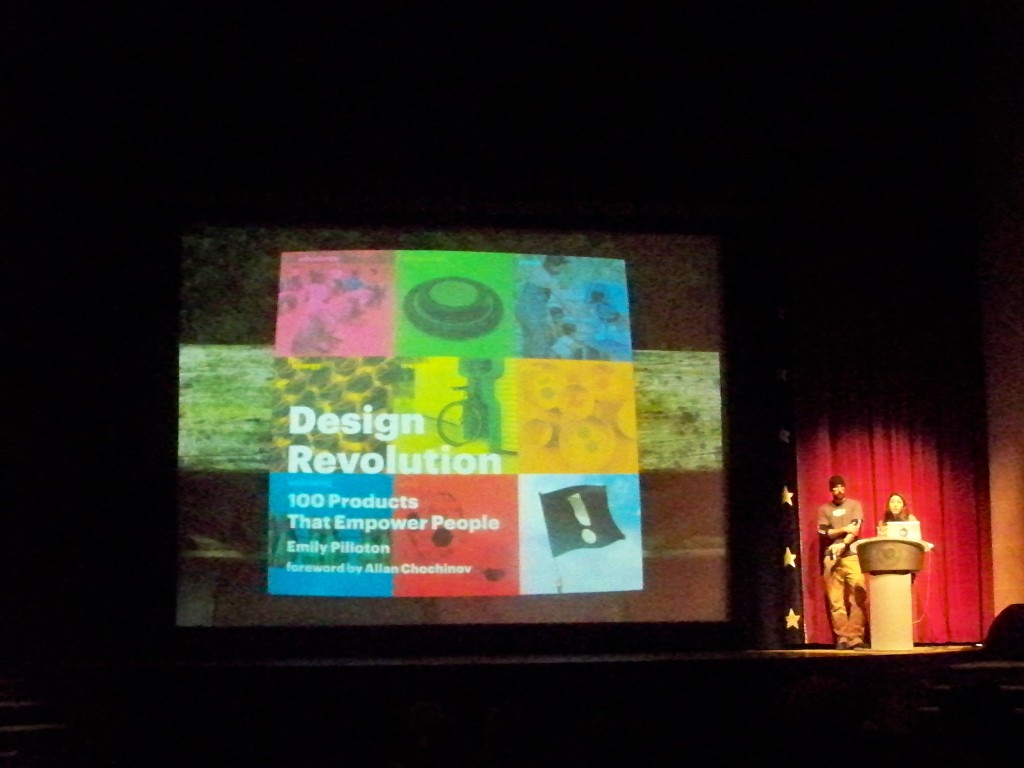 Inside for the lecture. 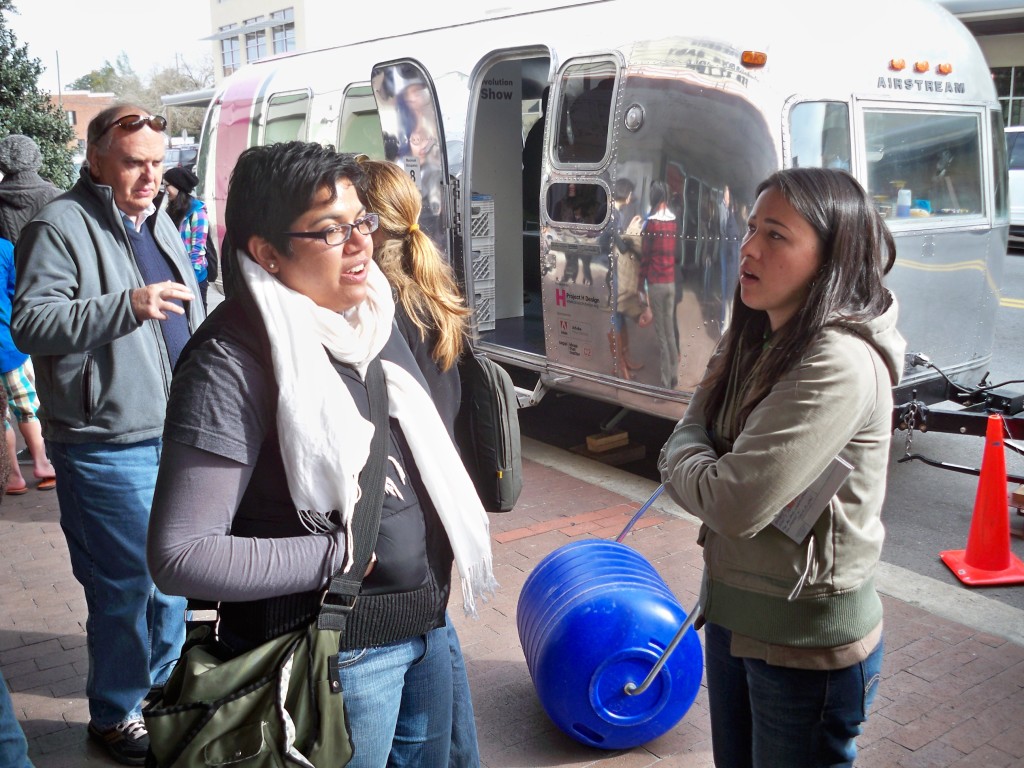 I did mention it was cold, right?