No need for agents, starving, or powerful contacts. 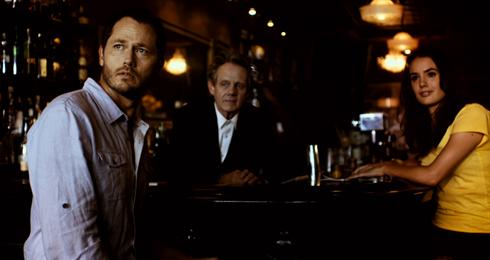 Current TV’s Bar Karma is a real show. It will premiere tomorrow and it was created to give people the opportunity to contribute to the show in ways that haven’t been possible before. It was conceptualized by The Sims creator Will Wright as a way to build communities through collaborating creatively on a show. No need for agents, starving, or powerful contacts.

When contributors submit their ideas, these may or may not be used on the show, and if they are, they will be credited at the end of the episode but there is no money involved. This presents a bit of a problem because it can be seen as exploitative. The other side of the coin is that this system provides a way for people who have always been interested in writing for TV to test themselves in a community of people with the same interest and hopefully see their ideas produced professionally.

This article on Wired details the background of the idea.

After registering on the site, I got a chance to experiment with the StoryMaker, a pretty cool looking interactive tool that lets you pick from different scenes to create a 22 scene storyboard of an episode. It looks like a big funnel in which your choice of scenes get smaller and smaller as you approach the end of the episode. You can also see the lines connecting all of the scenes you have picked and you can jump from place to place and see how your story is altered by different variables.

You can decide to create your own scene by uploading a picture and a few lines of text. You can submit a succesion of scenes and use them as building blocks for the episode.

The overarching concept of a bar in which people get to explore their own current, past and future lives was also decided on by a group of anonymous collaborators. I have to admit, the premise of the show lends itself for a lot of cheesy sounding “man walks into a bar” kind of stories and I found tons of this on the StoryMaker, but there is a lot of potential for really creative stories. 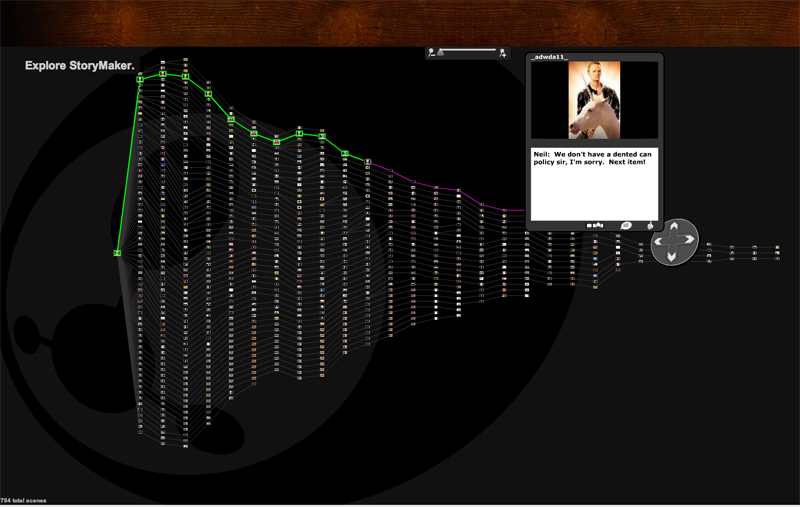 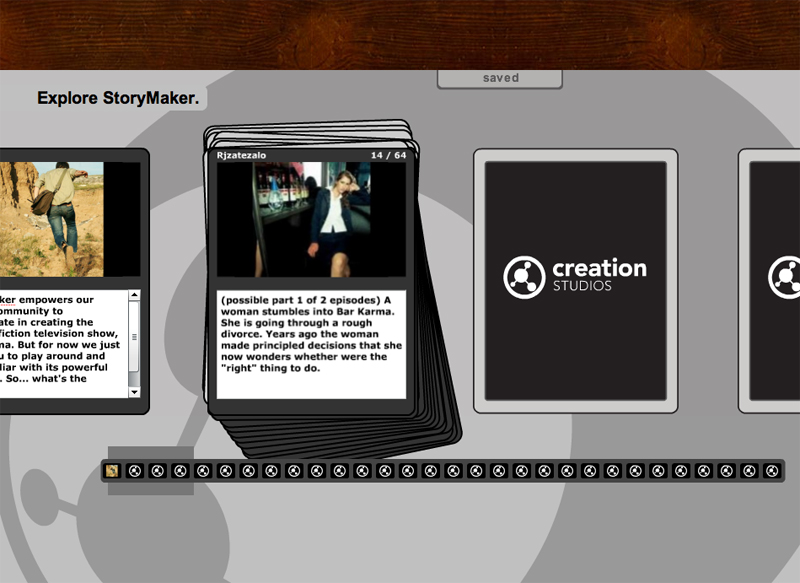