Now the new improved Anivers has been expanded into a small but very rigid, reliable family. 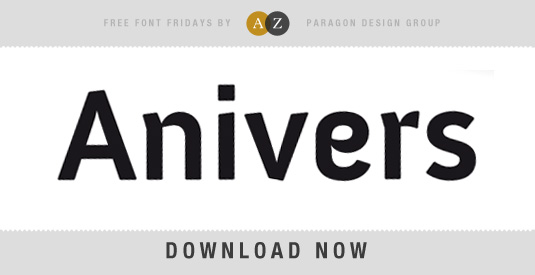 This OpenType font family comes in regular, italic, bold and small caps and has some nice OpenType features. Besides ligatures, contextual alternatives, fractions, oldstyle/tabular numerals, Anivers also has a ‘case’ feature for case sensative forms and tabular numerals … so Anivers can crunch numbers with ease. The name Anivers derives from the word anniversary and was originally designed to celebrate the anniversary of Smashing Magazine.

Now the new improved Anivers has been expanded into a small but very rigid, reliable family.

With the extention of the Anivers family, Anivers regular has undergone a major update.
Most important are:

**Anivers is spaced and kerned by Igino Marini with iKern