The Morning I Spent with Future Web Designers

You're a designer huh? What kind of design?

This past Tuesday I had the privilege of spending a few hours with the gifted 3rd and 4th graders at Carrie E. Gould Elementary School. No I’m not test driving any new career options, I was invited by their teacher Jaime McGrath to talk to the kids about design and in particular web design. You heard me, I went to speak to 8 year old kids about web design. “You can’t start them too early” Someone I just made up once said.

Mr. McGrath wanted to expose the kids to real-world use of design so that they could “see that the things humans make are founded on design in order to move them from becoming passive users… to active creators of the same”. Ambitious goals for 8 year olds, or so I thought. Maybe it was the fact that they had a remarkable teacher who was doing a “Design & the Built Environment” series for his 3rd and 4th grade classes; or maybe it was the fact that they had a TV constantly streaming design principles like the difference between warm and cool colors, contrast or alignment into their classroom; or maybe I just don’t hang around enough 8-9 year olds, but I left there thoroughly impressed by these kids.

My plan was to start them out simple: Explain a little bit about what I do, show them some homepages, then jump into a boiled down version of how to plan a website . I pulled up the Paragon Homepage and was pleasantly surprised when one of them immediately says “Oh, we’ve seen that site.” Great, no need for an intro so I start explaining what we do. Now, when it comes to telling adults what I do, it usually goes something like this:

STRANGER: You’re a designer huh? What kind of design?

ME: print, web and motion graphics

STRANGER: Oh you do websites?

ME: Yeah, and motion graphics

ME: You know, like on TV when the text and stuff flies around on screen

STRANGER: Ohhhhhh. You do that?

Here’s how it went with the 4th graders.

ME: So in addition to logos, and business cards, I do… well you, know on TV when the text and stuff flies….

KID IN CLASS: Oh you do motion graphics? Cool.

On to the lesson

I showed them a few example Homepages, quizzing them on how they’re able to tell what the site is for based on the design. Figuring these were young kids I wanted to start them out easy so I showed the Homepage we did for the Action Hero’s Guide movie: 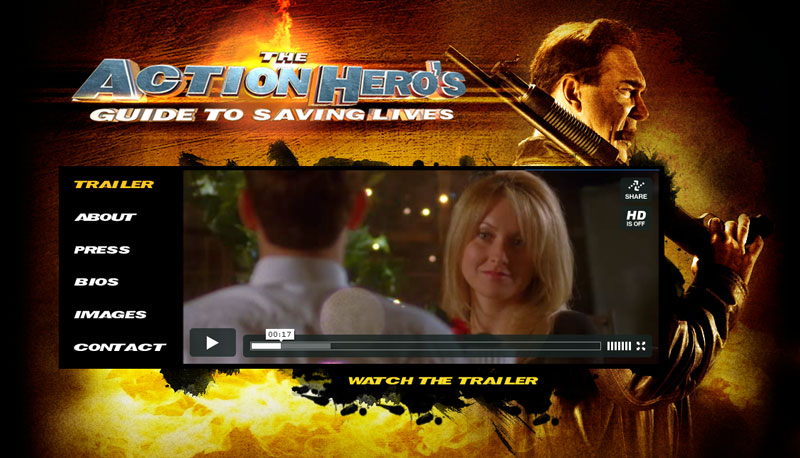 ME: So what do you think this website is for?

CLASS: …it’s to get people to watch the trailer

CLASS: …Or maybe to get some investors for the movie

After a couple more of these it was clear to me that these kids were not only design-literate, but also very internet-literate. Beyond understanding the psychology of colors, they were familiar with common functionality like search boxes,account sign up, drop-down navigation, and could probably tell that I wasn’t properly prepared for how smart they were. But at least they were polite about it.

On to the Activity

The 2 points I wanted to get across to the classes was that:

1. every site has a main goal (to sell handbags, stream movies, teach kittens how to knit etc.) and

2. the design of the site needs to help facilitate that goal.

To get that across I had them design homepage wireframes for their own fictitious websites. To get the ball rolling I asked for  some suggestions for sites. They eagerly proposed everything from selling men’s cologne to celebrity gossip magazine to teaching people about Death Valley CA ( did you know it has rocks that move by themselves there?). But regardless of the idea, there was a clear preference for DIY or customization. Of course in a predominantly male class the clear favorite was some form of a video game site, but even then, they didn’t just want to sell or rent, they wanted to give their users the ability to make their own. I thought this was interesting. These children were growing up expecting to be able to build and customize their own products? Although that did prove a little problematic for the student working on a site for endangered animals. One of my favorite moments came when I overheard one student tell the other while studying his wireframe, “you don’t need that, it has nothing to do with your site”. 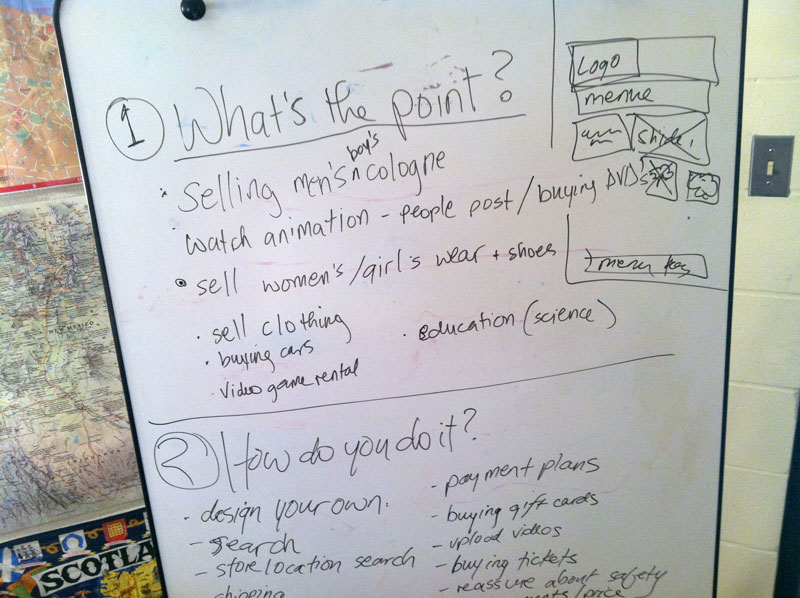 Then There was Show and Tell

The students then presented their site designs and I know you’re not supposed to pick favorites, but some of mine are below. Based on what I saw on Tuesday, we web designers have been put on notice. We’ll need to seriously up our game as soon as these kids hit the job market. They’re growing up with the technology and so are instinctively learning UX and marketing principles that took us months to figure out. I’m just honored that I got a front row seat to see it. 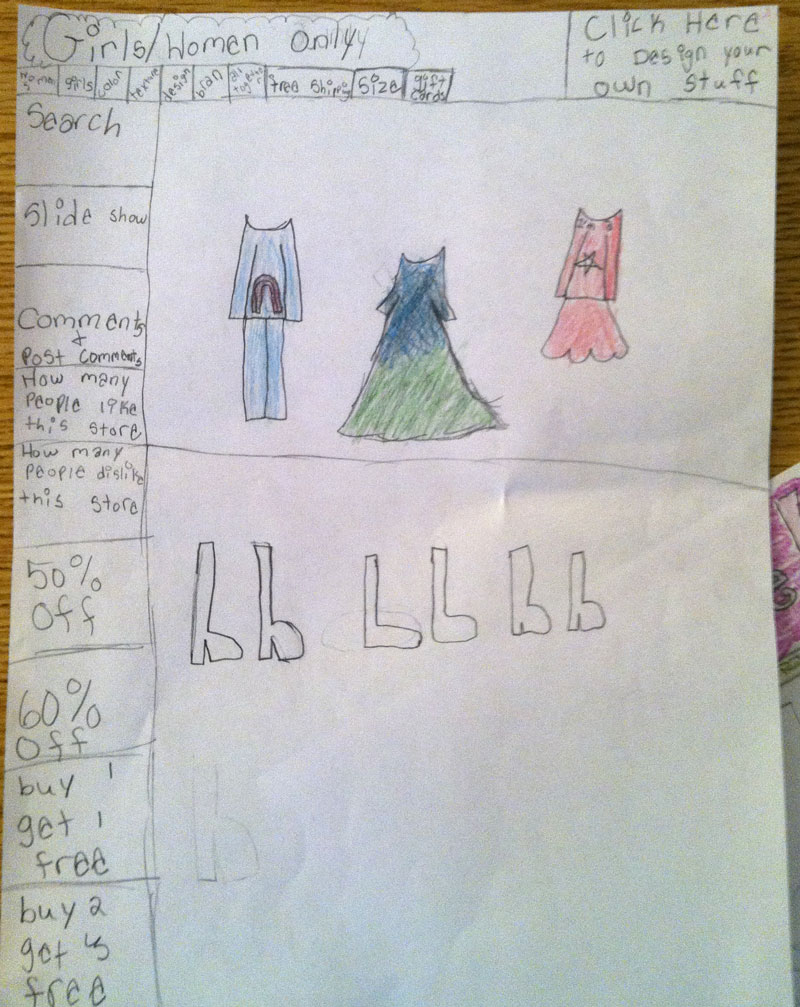 This one for Girls/Women’s clothing has the “Design your own stuff” link right at the top. She and Mr. McGrath had a great idea for a build your own outfit feature on the site. You take a picture of your face, customize an avatar to look like your body type so when you’re building an outfit you can see what the different items look like on you before buying. Considering they’re already designing websites in Power Point, I’m sure the app will be out by September. 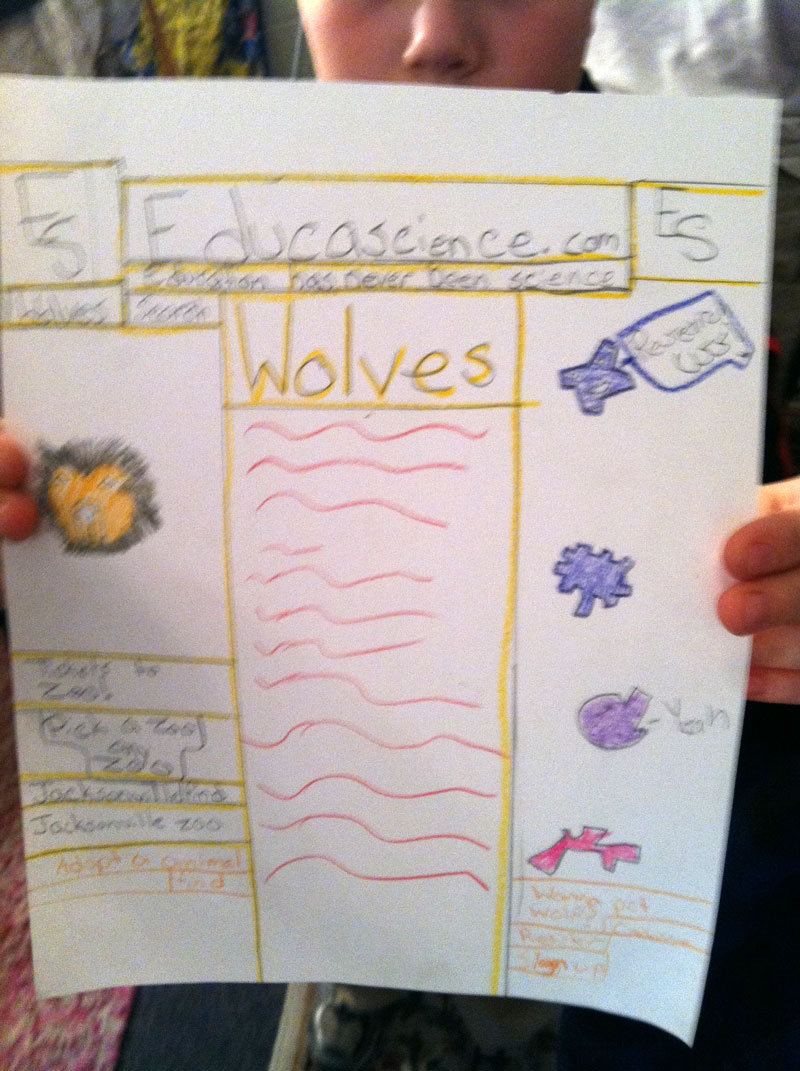 What was insightful about this site for endangered animals was that he came up with the idea to sell tickets to nearby zoos that have those particular animals. Thankfully the “build your own animal” idea evolved into an “Adopt an animal” feature. 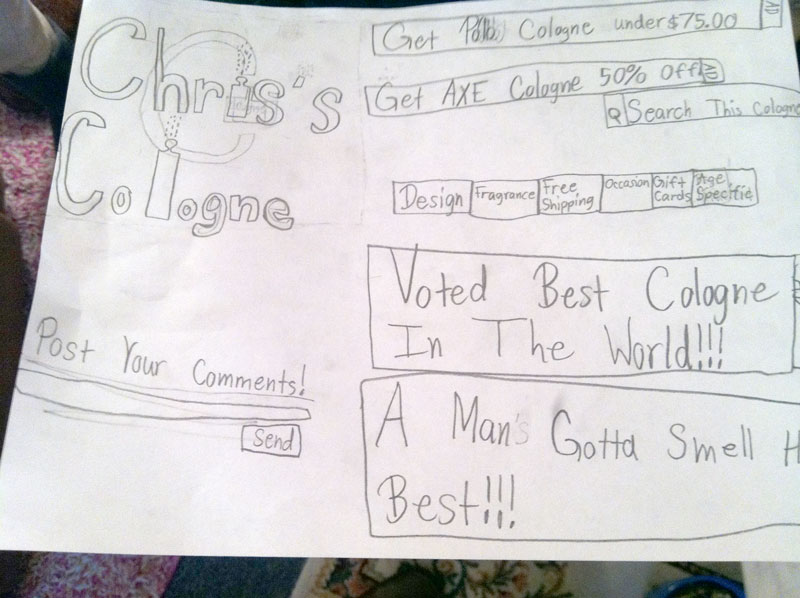 What I loved about this one was that he knew that the key to his new business was good branding. He spent half his time on that sweet logo, plus notice the tagline “A Man’s gotta smell his best” you can’t focus group lines like that. Besides his appreciation for the power of ad placement, I was particularly impressed with his navigation system. He knew that there are multiple ways to pick a cologne, so he came up with categorizations based on Design – who made the cologne, Fragrance – how does it smell, Free shipping items, and Occasion – going on a date? have a job interview? you gotta smell the part. 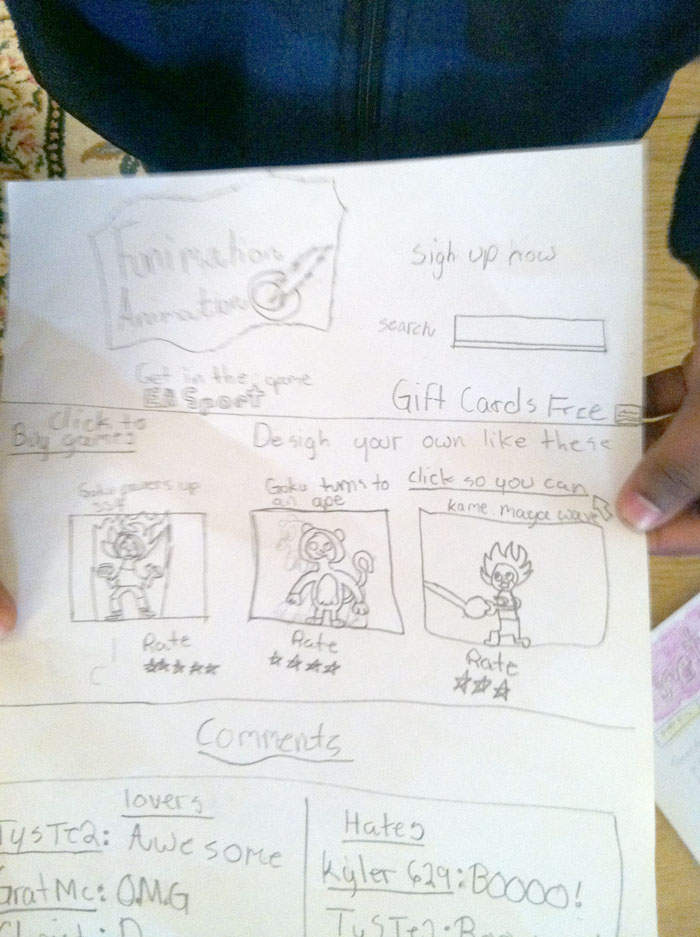 This site, basically the hulu of animation & video games, shows that he understood what his users want. Show the highest rated games and the customer comments, (categorized as Haters and Lovers of course). 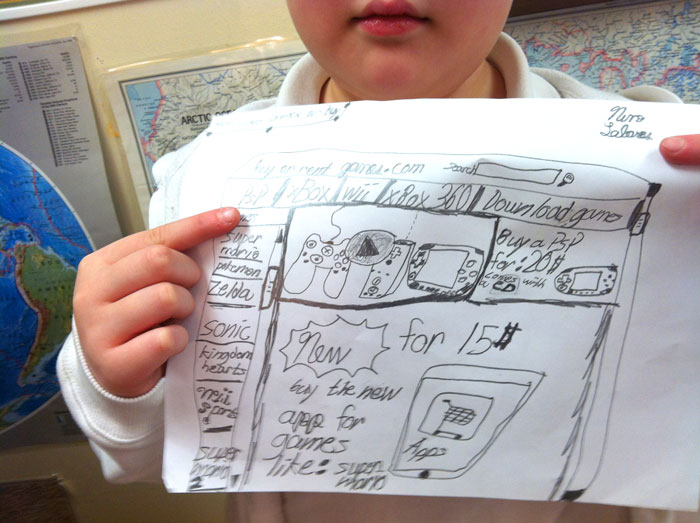 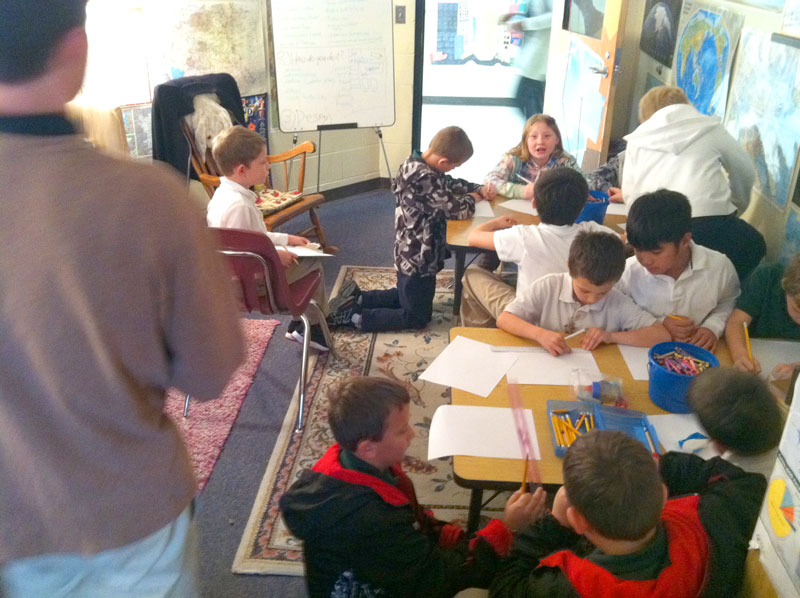 It seems cliche to say that I feel like I learnt more from this experience than the students did, so I won’t. Even though it would be true. But I will say that I was humbled by their enthusiasm, obvious intelligence and insightfulness, and I’m grateful to Mr. McGrath for inviting me, and Jake at The Creative Coast for connecting us. I’m really looking forward to seeing where this can go from here. I’d love for there to be more stories of teachers and professionals collaborating in the classroom to better engage our stuents.

The Greening of the Fountain 2010

The Goon Squad: Geeks Out to Save the World!

The Greening of the Fountain 2010

The Goon Squad: Geeks Out to Save the World!