What Can Designers and Business Folks Learn from Each Other? 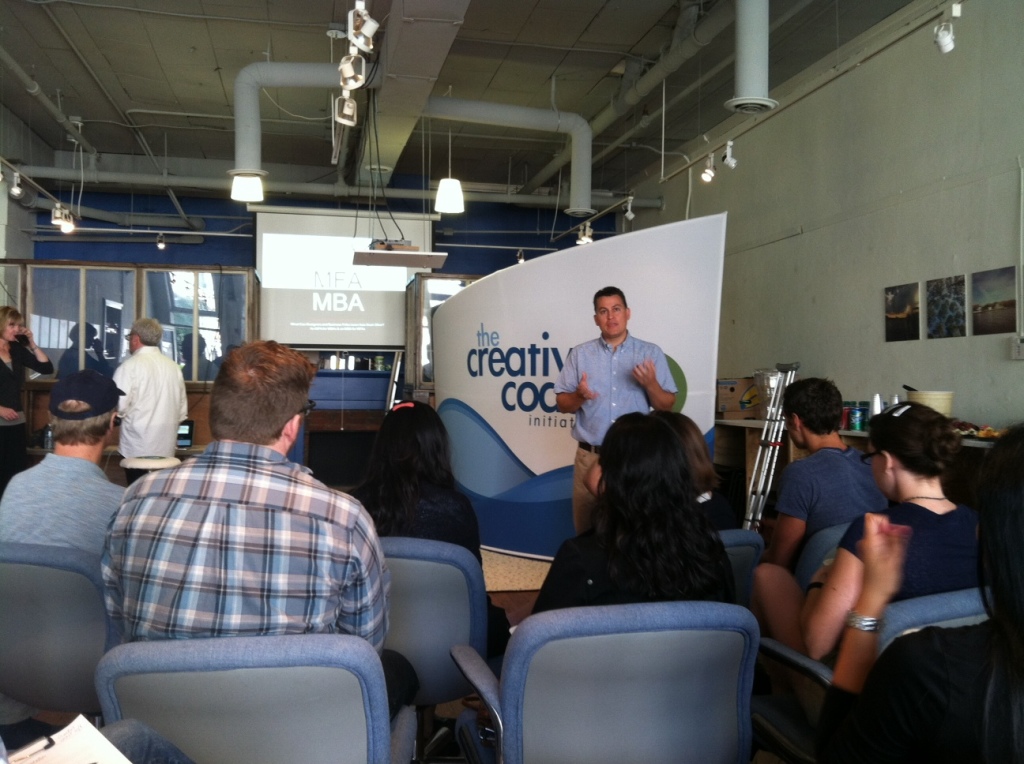 Last Saturday I attended an educational session held at the Creative Coast’s Secret Headquarters entitled “What Can Designers and Business Folks Learn from Each Other?”. The presenters Peg Faimon and Glenn Platt tackled the issue of the apparent gap between what designers and MBAs learn in their respective halls of academia.

“But why is that even an issue?” you ask. Well it’s hard to ignore just how much attention the importance of design in the business world has received in recent years. However, the light speed of change makes it hard for education programs to stay current, causing an ever-widening chasm between what graduates know and what the market needs them to know.

There are specialty programs cropping up like the stanford d.school, and certainly more integration is happening in standard design and MBA programs , so there’s reason to be optimistic. But in addition to the evolving curriculum, public sessions like these are so important for professionals like myself who aren’t in a position to go back to school. These  public forums, books, podcasts, online classes form a good ecosystem of further education to help bridge the gap.

So this past weekend’s session set itself the BHAG of giving Designers a condensed  MBA and Business types an appreciation for what Designers are taught.

Naturally, I was particularly keen to hear from the MBA side since that’s where my knowledge is the weakest. So here are:

My Selections from The Condensed MBA

A list of Business buzzwords was requested during the discussions,
here are a few to get started:

Also, I thought I’d throw in some business podcasts I listen to that could be helpful:

My Selections from the Condensed MFA for Business Types

The Concluding thought seemed to be that as the bridge between Design and Business gets firmer, the higher education programs will need to merge. The presenters saw a future where MFA and MBA grads share an interdisciplinary knowledge set where MBAs are more design-savvy and MFAs are more prepared to contribute in the boardroom not just the studio. They’re even co-authoring an Experience Design curriculum. So keep an eye out for that.

Why I love Living in Savannah: Reason 3

Why I love Living in Savannah: Reason 3