Is Marketing Putting the Social Back in Social Media?

Some advice on how to take back your social news feed from the drumbeat of commerce.

Remember why you joined Facebook way back in the day? (Actually, not that way back, although it does seem like it has been around forever. It would have been sometime in the last decade – the dominant social network with some 1.23 billion active monthly users turned 10 this year.) Staying in touch with friends and family, perhaps? Achieving effortless connectivity?

That it seems to make us somewhat paradoxically less connected, or less likely to talk aside, no-one got onto Facebook to be marketed to.

No-one, you’ll notice, is looking for a deal. 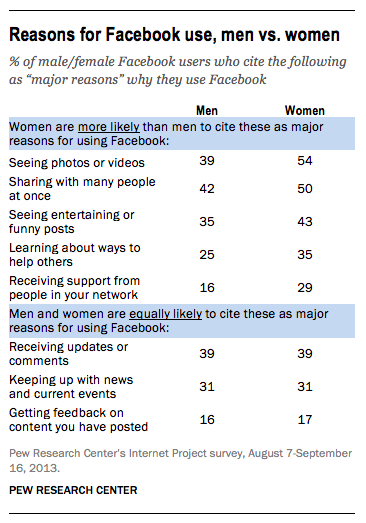 And marketers know this. While nearly 100% of professionals polled in Social Media Examiner’s 2014 Social Media Marketing Industry Report are using Facebook for business-to-consumer marketing, but more than half of them, fully 57%, don’t think their Facebook posts make a difference or aren’t sure if they do.

And I wonder to what extent Facebook’s policy changes in recent years, their decisions to make money off businesses using Facebook, are behind this uncertainty of whether there’s any point to business posts. Before the algorithim changes and the arrival of sponsored posts late in 2012, Facebook was a pretty great way to connect with an audience/pack of customers. Bloggers and businesses had unparalleled success keeping their followers up to date, but that all changed to just 15% of followers automatically seeing posts. Getting to the remaining 85% would now come at a price.

The outcry was deafening – since it was once possible to achieve a high level of reach for free, people feel cheated and many reported that they weren’t even getting to 15%. Now leading social media expert, Jeff Bullas estimates that the organic reach of Facebook is actually much lower, around 2.71 percent, or less. And I wonder if that is high enough for your average marketer. I wonder whether this diminished organic reach might cause the marketing herd to look for more productive pasture. It would be a little bit satisfying if all the attempts to monetize turned out to drive those willing to spend elsewhere. But there are still sponsored posts, I hear you cry. And yes, You’re right. There are. Recently I’ve seen a couple of articles on people running experiments on their feeds. For example, Wired reporter Mat Honan liked everything he saw on Facebook for two days, he writes about what that did to his newsfeed.

By the end of day one, I noticed that on mobile, my feed was almost completely devoid of human content… As day one rolled into day two, I began dreading going to Facebook. It had become a temple of provocation.

And now here’s the aforementioned advice

Without really expecting it to have an effect (so jaded am I) I have been consistently doing the opposite for some months, possibly years. (I have small children – short term memory is not what it once was) Every time a sponsored post showed up in my feed, I would angrily select “I don’t want to see this” or “Hide all posts from” or “Report as Spam” if I was feeling particularly aggrieved by the content. That’s about as close as you can get to a dislike button on Facebook.

It has worked though. I’m as surprised as you are. Really. I don’t see more than one or two sponsored posts on any given day any more. Some days I see none. Of course, I still don’t see all my friend’s posts. But that gives me a reason to give them a call and find out what’s happening in their world. And I like that.

Because we all love a well-researched video, here’s Derek Muller, the curator of science video blog Veritasium, breaking down how Facebook is keeping things from you. For shame!

Being an Agency of One

Being an Agency of One