At Paragon, we’ve had a long history with Flash. We’ve used it to build intros, logo animations, full sites with XML based dynamic content, quizzes, animated training scenarios, kitchen sinks… We even made a game.

At Paragon, we’ve had a long history with Flash. We’ve used it to build intros, logo animations, full sites with XML based dynamic content, quizzes, animated training scenarios, kitchen sinks… We even made a game. No really! (You can play it here but PLEASE. Turn down the volume. This thing is at 11!) Flash was versatile and at the time the web was limited on page interactivity so it was an appealing solution.

Flash was the brainchild of Apple II software engineer Jonathan Gay and started life as a graphics editing program, FutureSplash Animator, that shipped way back in 1996.

Back then, when Internet Explorer ruled the world and web developers were cursing out table layouts, the only way to get simple interactivity was javascript.  And while Javascript libraries like Mootools and Scriptaculous gave us some options, it was nothing compared to the unlimited, timeline-based, anything-goes of Flash. These bits of functionality were absolutely revolutionary at the time. Flash became the go-to for animation and spectacle (and chat and widgets and cross browser video playback. You get the idea.)

As the 21st Century dawned, Flash was installed on every desktop and was now mostly being used as a way to playback music and video. In 2005, Adobe acquired the program, added it to its Creative Suite and their improvements made it easier at embedding and playing back video. Then YouTube happened and Flash became integral to enabling multimedia across the web.

The last version of actionscripting (the programing language behind Flash) I bothered to learn was version 2. The update in 2006 presented a major shift and we decided not to invest resources in Actionscript 3, estimating that its shelf life would not be long. And we were right. A shift was coming.

In 2007 Apple released the iPhone, offering early adopters their first chance to get their hands on a mainstream, fully-functioning web browser on a mobile device. And it did not support Flash. Steve Jobs later wrote that its poor performance on mobile along with a terrible security rating were behind the exclusion. And as bandwidth and power hungry as Flash was it would demolish a cell phone plan and sap a battery in half the time that playback of videos decoded in H.264 – a newer, more efficient, more consistent video codec did. Flash could have killed the App Store before it had had a chance to get off the ground. It was a no-go.

“Flash was created during the PC era – for PCs and mice. But the mobile era is about low power devices, touch interfaces and open web standards – all areas where Flash falls short.”

Reading the bones we had encouraged our clients to begin the transition. We offered cross-platform alternatives with interactivity native to web browsers allowing them to deliver the same content in a new, adaptable way to all platforms reaching users wherever they were. Sounds seamless, doesn’t it? It wasn’t. Large corporate clients come with technological hurdles of their own. If you’re managing 20,000 machines across several continents, you can’t just put everyone on the latest operating system with the latest browser. Changes are slow within the corporate infrastructure by necessity.

It isn’t straightforward problem solving but it is necessary as they transition years after the rest of us. At the same time, as their creative partner, their challenges are ours and we have to meet them with both adaptable products that can meet both their IT needs, their user bases’ technology needs, and their corporate system needs.

The story doesn’t end here though. Now for the “isn’t”. So what of this aged old behemoth with zero possibility? This useless bit of technology that no one will ever use again?

There is life, plenty of it, as Flash has proven to be an animator’s dream. The toolset has been in use for two decades now to to create cartoon-like series. Some favorites around here include Teen Titans Go! and The Amazing World of Gumball. 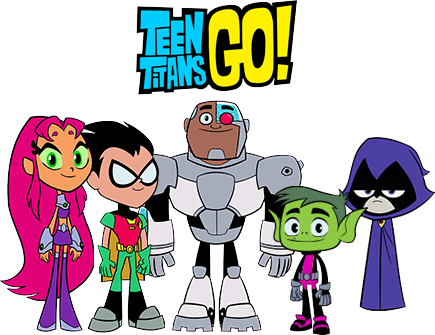 But why? Isn’t it junk?! Well, not to someone looking for a way to get out of drawing something frame by frame. Flash allows animators to create elements for reuse. Why draw a character’s head in every single frame when you could add the head asset? Why recreate mouth shapes for every line of dialog, frame-by-frame, when you could pop in the right mouth shape at just the right time? Talk about efficient way to feed the content-devouring beast that is the ever-multiplying network. Even Adobe got with the program and renamed Flash to “Animate,” positioning it for a purpose forced upon by the user-base that saved it from extinction.

Everyone is happy! Well, maybe not everyone. What would twitter be without complaints?!

Not only can the man stare down CSS code until it writes itself in sheer terror, but he is famous around 220 E. Hall St for what we like to call his “happy dance”. Few have seen it, and those who have can’t get enough.

Compliments of the Season - Holiday Mailer 2014