Adding contrast to a conversation makes your voice stand out.

Adding contrast to a conversation makes your voice stand out. Moriston is a sans-serif grotesque available in 6 reliable weights, with support for over 200 languages and a variety of additional number styles.

Moriston was designed by Riley Cran, a designer based in the Pacific Northwest with a specialty in Identity, Packaging and Illustration.  Riley merges historical influences with fresh, contemporary solutions, which is very evident in the simple and classic letterforms in Moriston.

The spark for Moriston came from an unexpected source during my first visit to New York City in the fall of 2013. While waiting outside the Evolution store on Spring St. between Greene and Mercer in Soho, I saw a 50’s Rollfast bicycle leaning against a tree.

Riley goes on to say:

“The design of the bicycle itself was gorgeous, and there was something special about the characterful R monogram on the bike frame. Yet, it was the logotype that really caught my eye.”

“Set in ultra-bold, italic, high contrast sans-serif caps, its letterforms were familiar, but struck me as an under-explored genre in type.”

“It occurred to me that if you stripped away the idiosyncrasies, these letterforms were more or less gothic sans caps. Although there are many ways of looking at what these forms could be with less contrast, I saw them as similar to the Benton Gothics.”

Working on the extremes of Moriston using interpolation. Interpolation is commonly used by type designers both as a sketching technique, and for generating the final or near-final weights of a type family.

Moriston’s contrast and fuller, rounder curves give it a certain sparkle both in print and on screen. The bolder weights have character, while the lighter weights are functional in larger pieces of text and offer a more neutral feeling without losing heart. Moriston includes a variety of features including small caps, multiple figure styles and support for 224 languages. 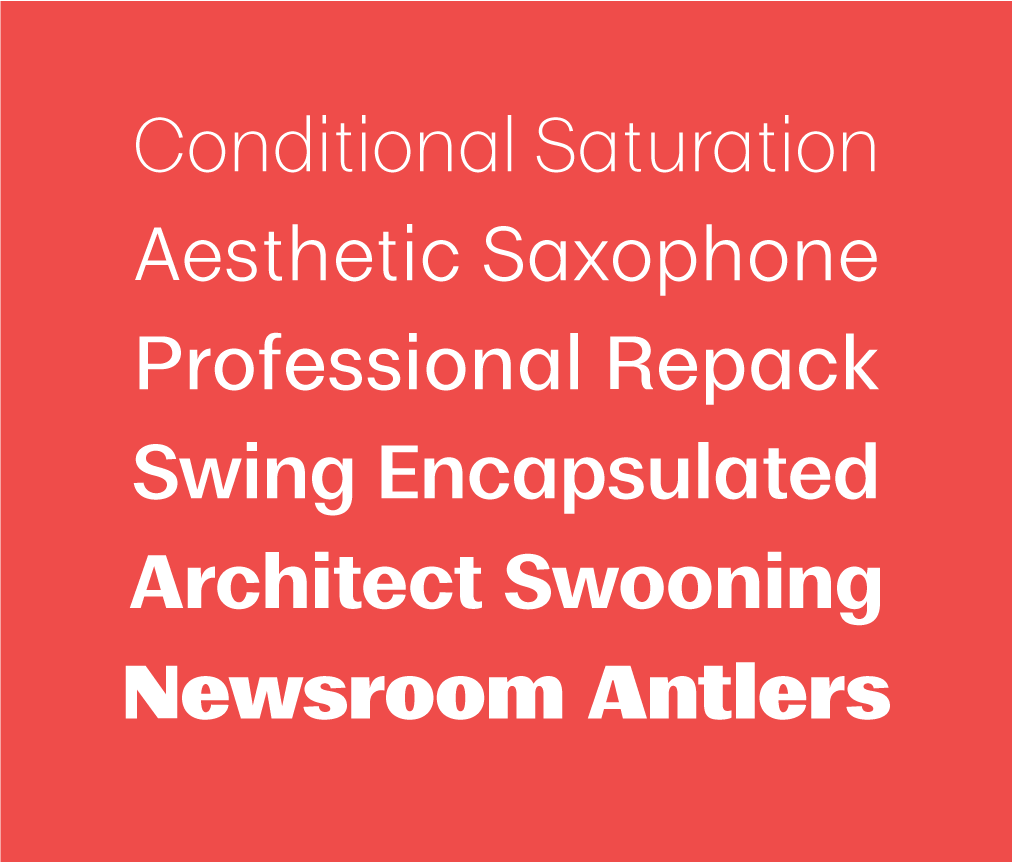 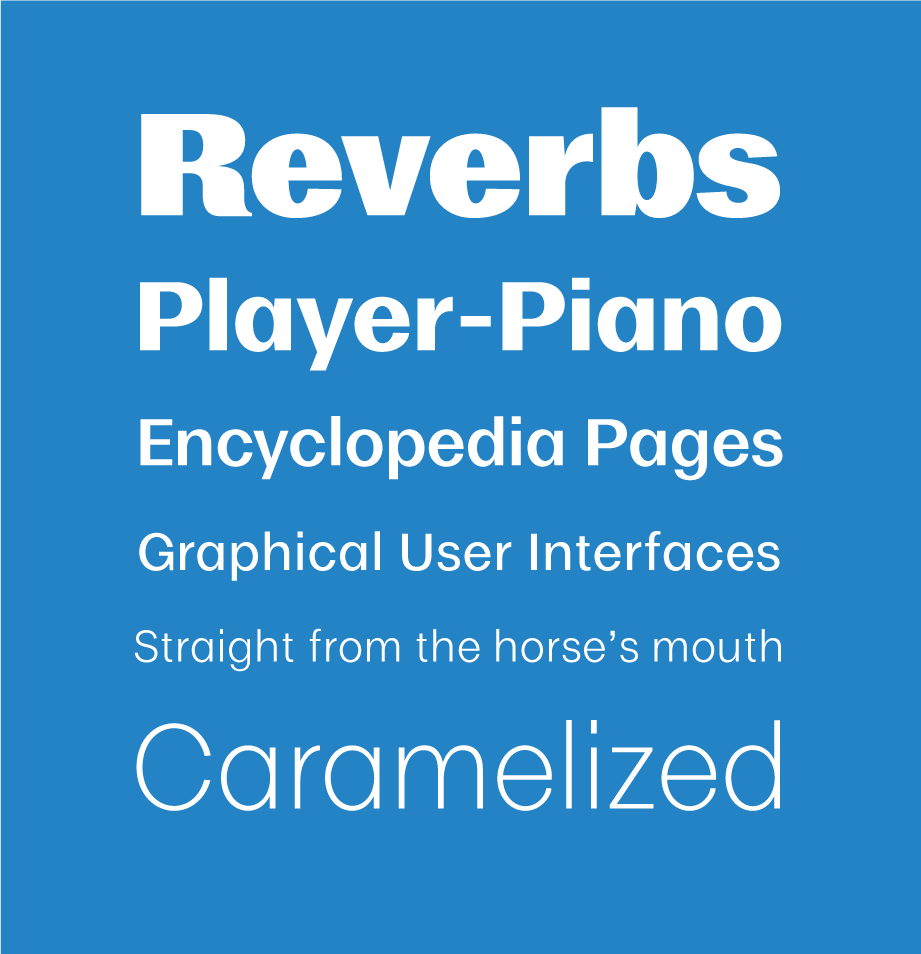 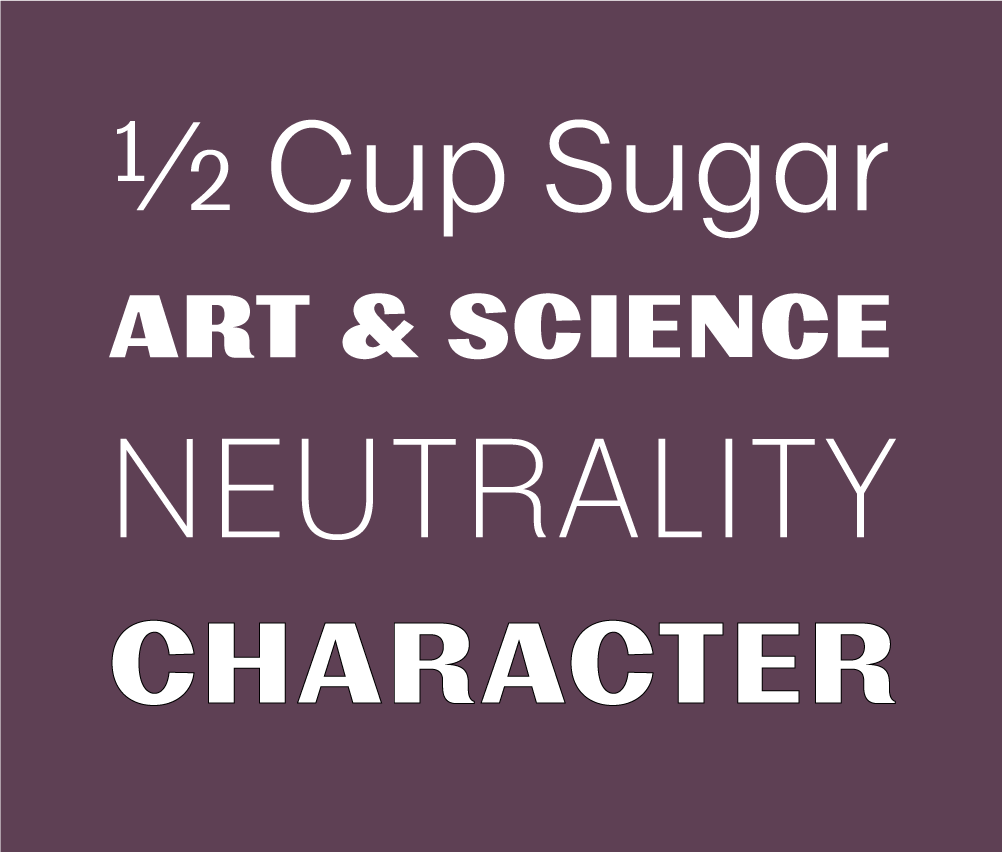 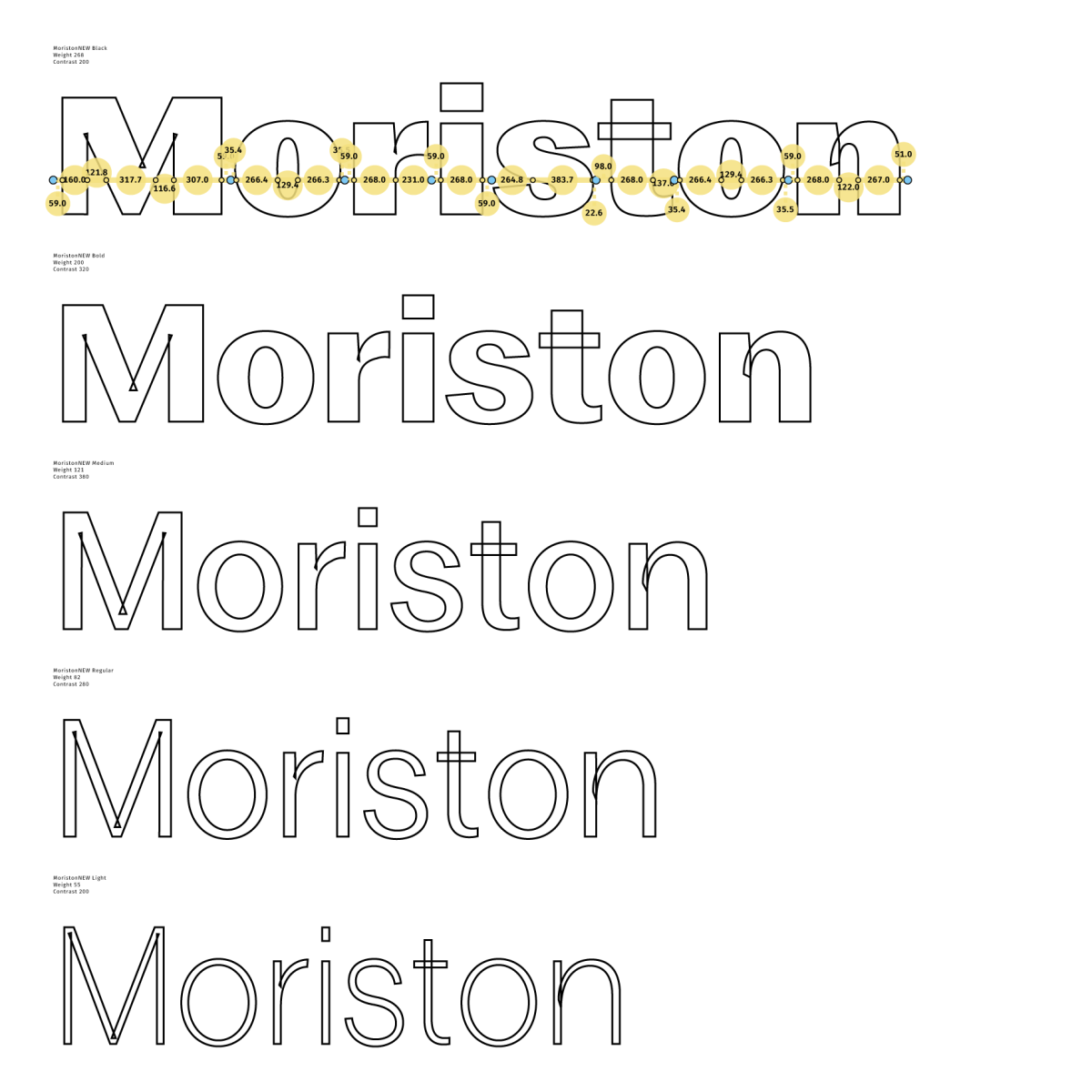