What we can all learn from People’s Liberty

Innovation must be disruptive. | The future of a city is determined by who gets involved. | Philanthropy is more than cutting checks.

Earlier this month, I headed up to Cincinatti to take part in, and really experience, a pretty amazing project: People’s Liberty.

Here’s what it’s all about: what if you created a philanthropy lab that was resourced right so your people could spend all their time and energy investing directly in people in the community? That pretty much sums it up.

The Haile Foundation is an organization redefining what it means to be a philanthropic foundation. This independent family foundation dedicated to enhancing the quality of life for residents in Greater Cincinnati and Northern Kentucky, concentrates its efforts and resources in areas about which founders Carol and Ralph Haile were most passionate: Arts and Culture, Community Development, Education, and Human Services. In 2014. along with the Johnson Foundation they launched the People’s Liberty initiative. Named after the original USBank founded by Ralph Haile, its sole purpose is to be a vehicle to directly improve their community by funding people and their projects, rather than going the traditional indirect route of writing checks for non-profits who would then do something for people.

The founding team came up with this model after a 12 weeks, cross-country trip,  visiting 11 cities, looking at more than 30 labs of social and cultural innovation. Their conclusion: Most labs were struggling for resources; very few were philanthropy-bred or led; and the most successful ones were rooted in “place.” 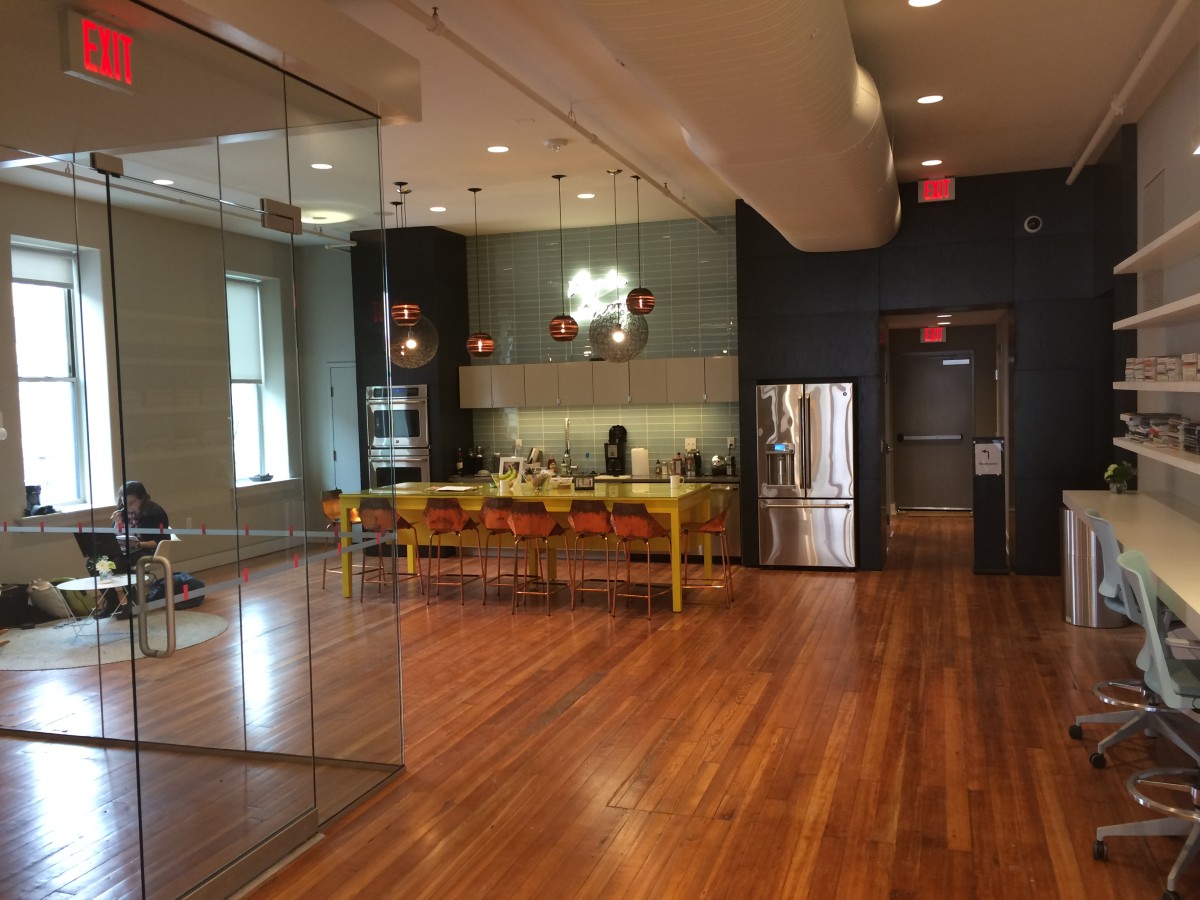 Even the organization itself has a shelf-life. People’s Liberty is a five-year experiment—running from 2015 to 2020—and this is a deliberate decision to create a sense of urgency. To force themselves to act, be nimble, to get out and DO. No time to waste = leaner, more action-oriented operations.

The email that started it all went something like this:  “Hey Drew.We have an idea we want to talk to you about.” One month later I was on a plane to Cincy. That’s pretty nimble stuff.

There is real power in tight deadlines, according to Craig Jarrow, Time Management Ninja. Here’s his punch list:

Once I hit the ground, I had two days to come up with a design for a poster and take-away for an upcoming show at the Globe gallery. What’s that, you ask? 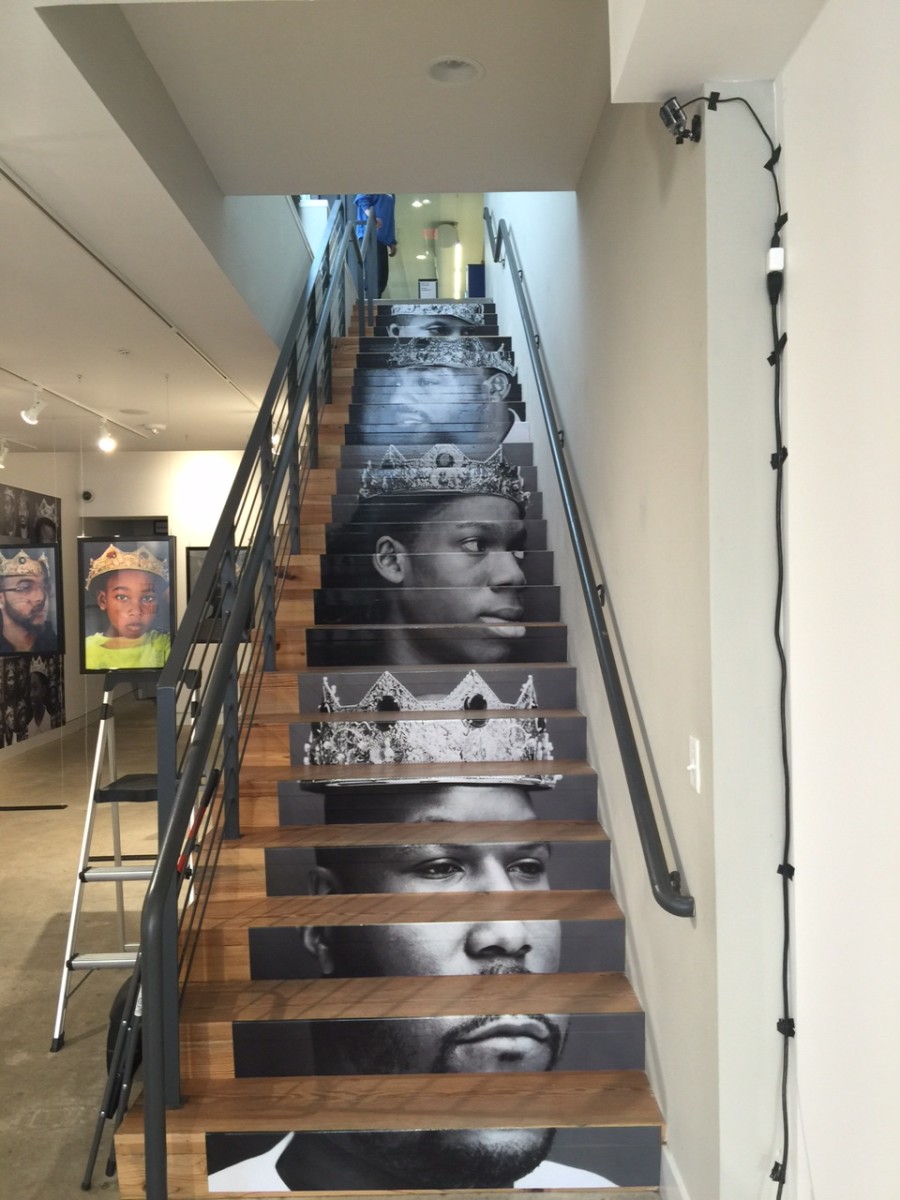 The stairway leading up to their offices was one of the projects the residents and I undertook for the gallery opening.

Funded by $15,000 grants, each year three artsy individuals are chosen to produce a site-specific installation that engages the public and positively impacts the surrounding neighborhood.

Winners are given the keys to the Globe storefront for 9-12 weeks and expected to activate the space consistently throughout this time. 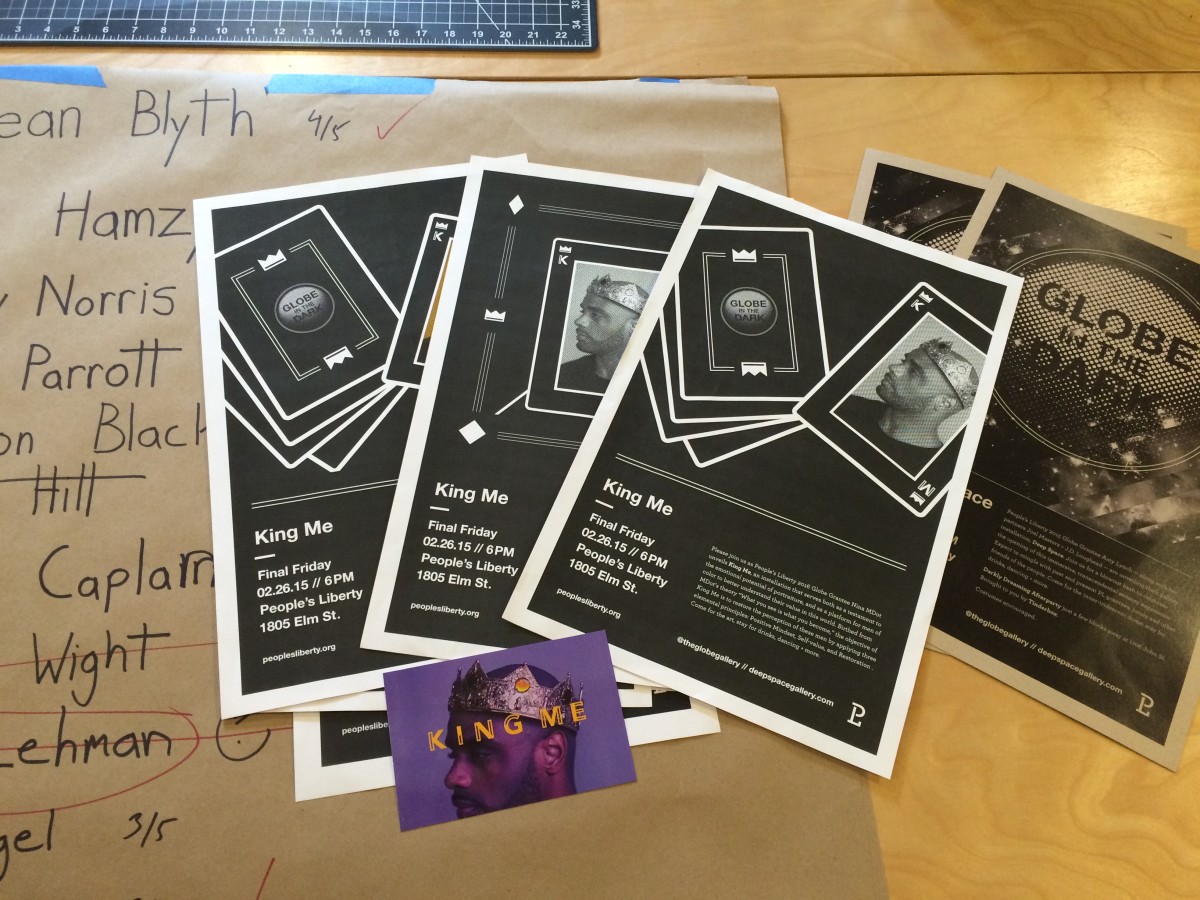 Early mockups for the promo poster. 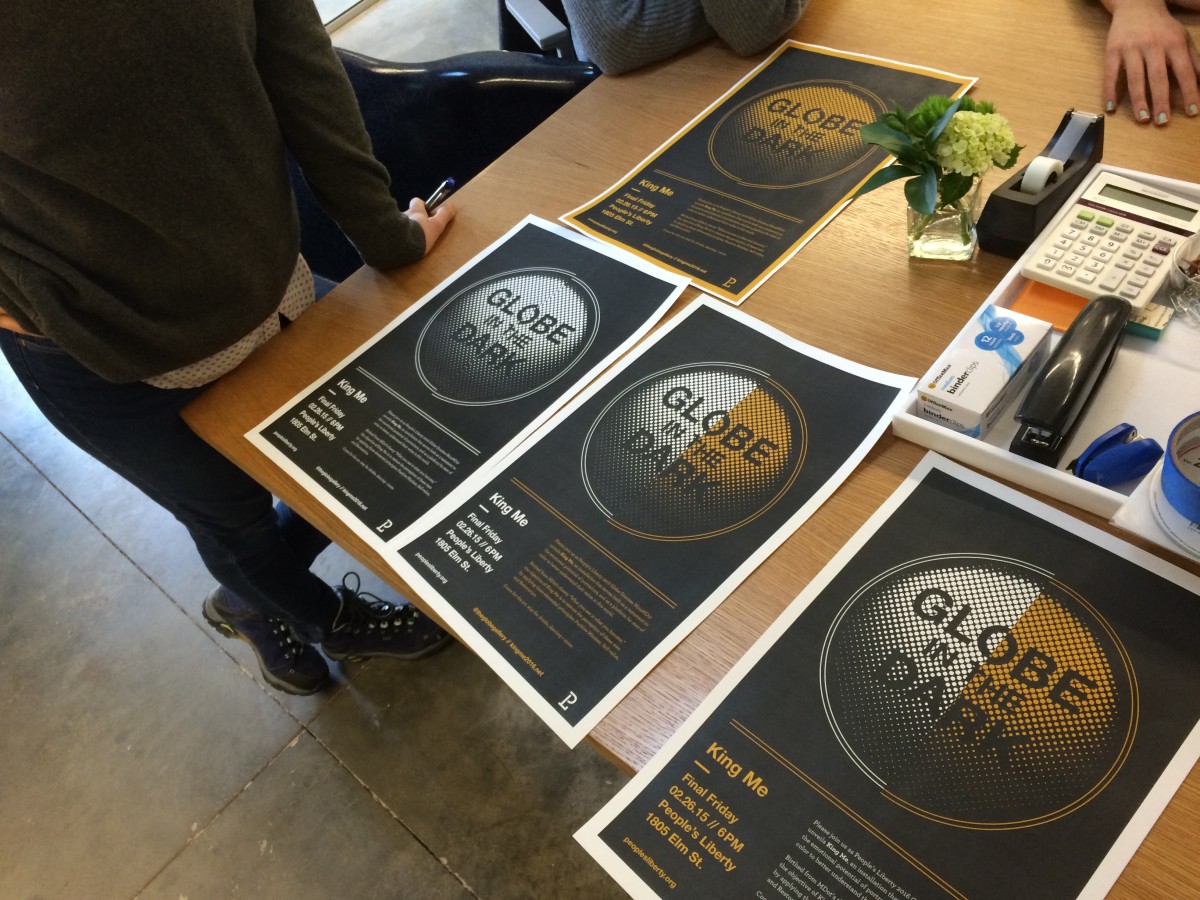 At least, philanthropy experience not necessary. Most of the staff and interns had design not non-profit backgrounds and the residents were mostly recent college grads. On one hand, risky. But on the other, you have a staff of people who don’t feel like they have to follow the status quo. That can be a powerful advantage when you’re disrupting the usual systems.

A non-traditional hire with different perspectives can inject sorely needed energy and creativity into the mix, according toMargaret Neale, a professor of organizational behavior at the Stanford Graduate School of Business.

“The upside for an organization can be huge. When you increase the diversity of a group, you increase the probability that the group can have the necessary perspective to create the next big thing. People with different backgrounds ask different sets of questions. You ultimately get more information.” 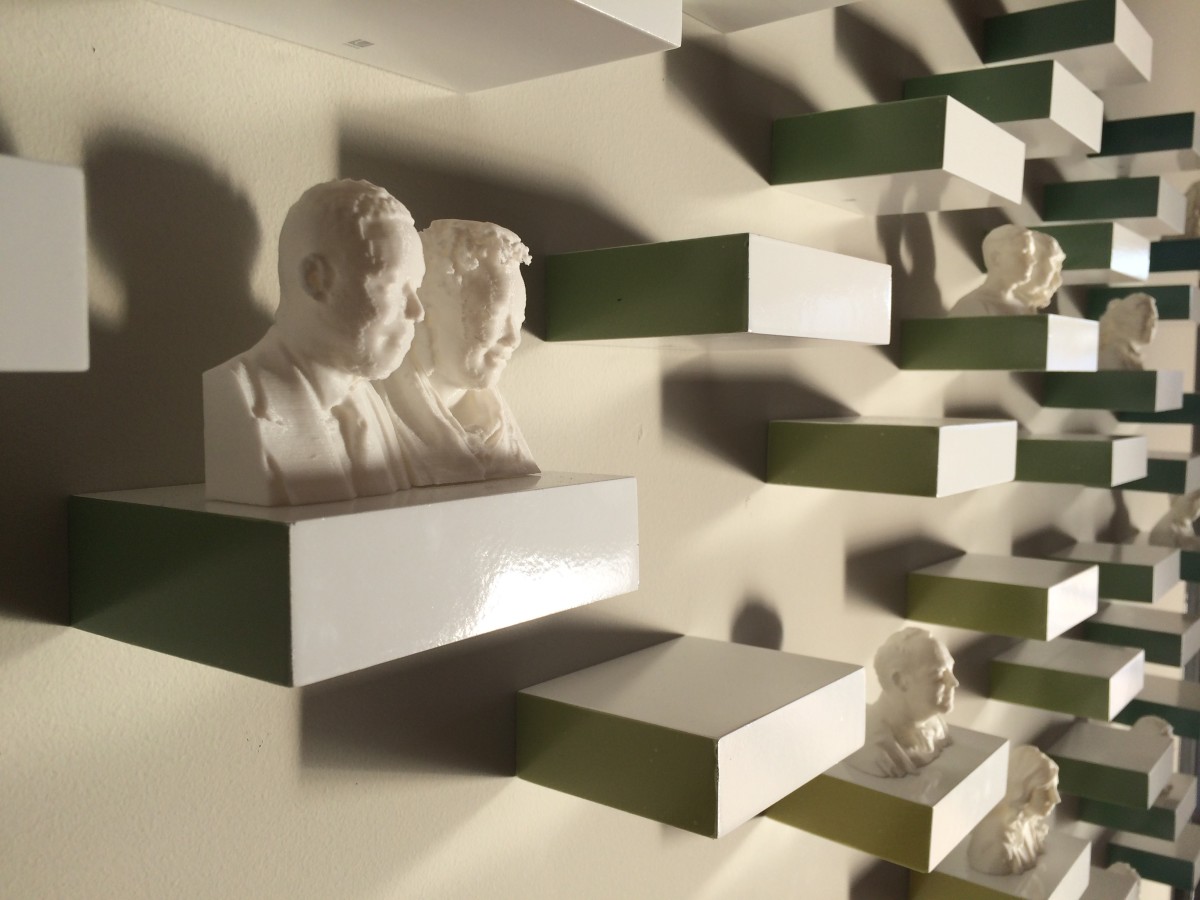 Instead of photos for their wall of benefactors, they 3D printed miniature busts of them.

There are no long-term jobs here. They conduct 3 month residencies with interns that keep the ideas fresh as well as bringing in visiting professionals to help breath new life and inspire the residents.

And not that there is anything wrong with a long-term job. I have one. It’s a great thing. But when your overall idea has a limited life-span, it’s possible that bringing new creative minds regularly will give you a greater diversity of perspective. That seems to be a valuable thing for what they’re trying to achieve. 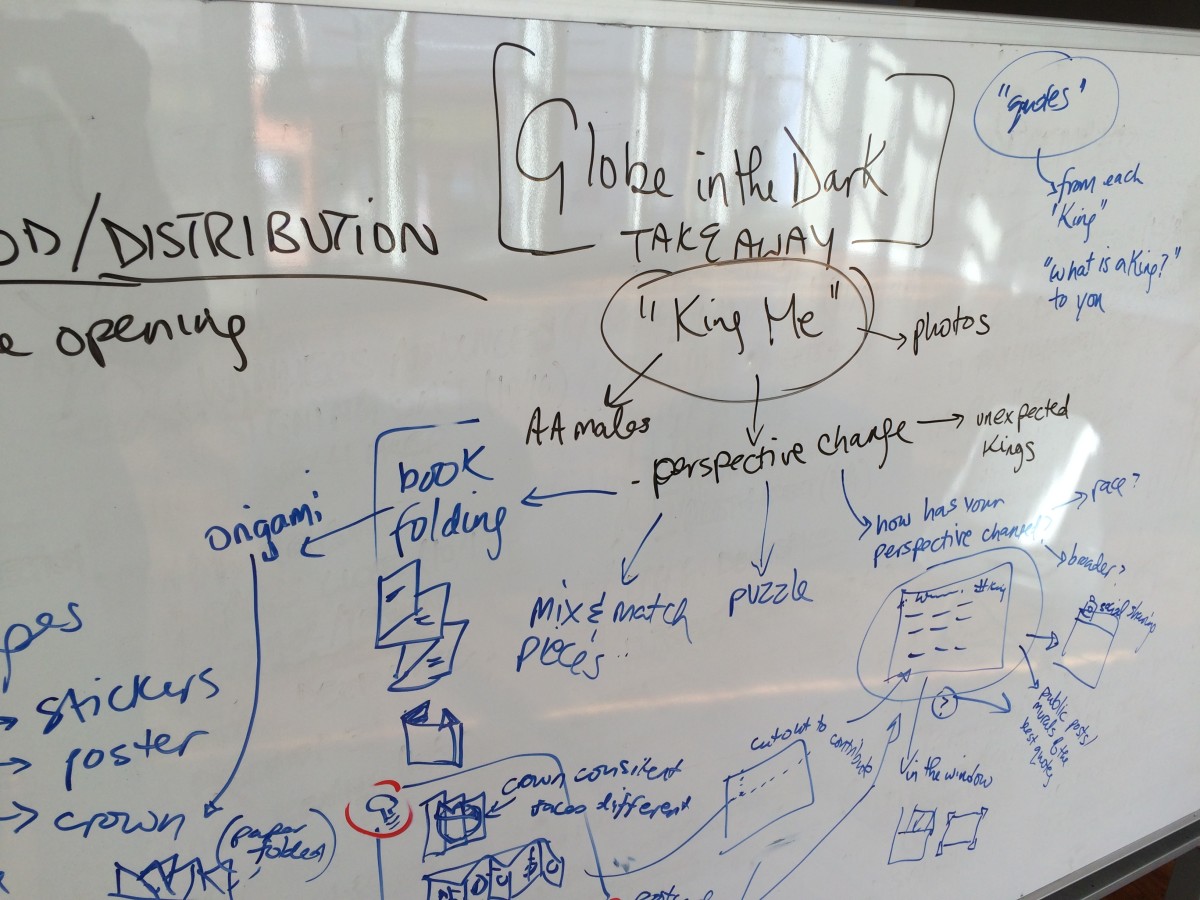 The brainstorm board once we settled on what we were going to do for the gallery opening.

People’s Liberty felt it critical to be located near the community they’re working with. The office is setup to be open and collaborative and across the street from them, there’s the awesome Findlay Market. The space is really beautiful and wide open, located in a neighborhood in transition – exactly the community they are looking to impact. They could have been in sky-scraper-ville downtown, but felt the best way to reach, and be a part of, a community, was literally to do just that. Be in it. And by bringing a beautiful space into a up-and-coming area, they also say – we see you, we see your worth and we stand with you. That’s a powerful message. 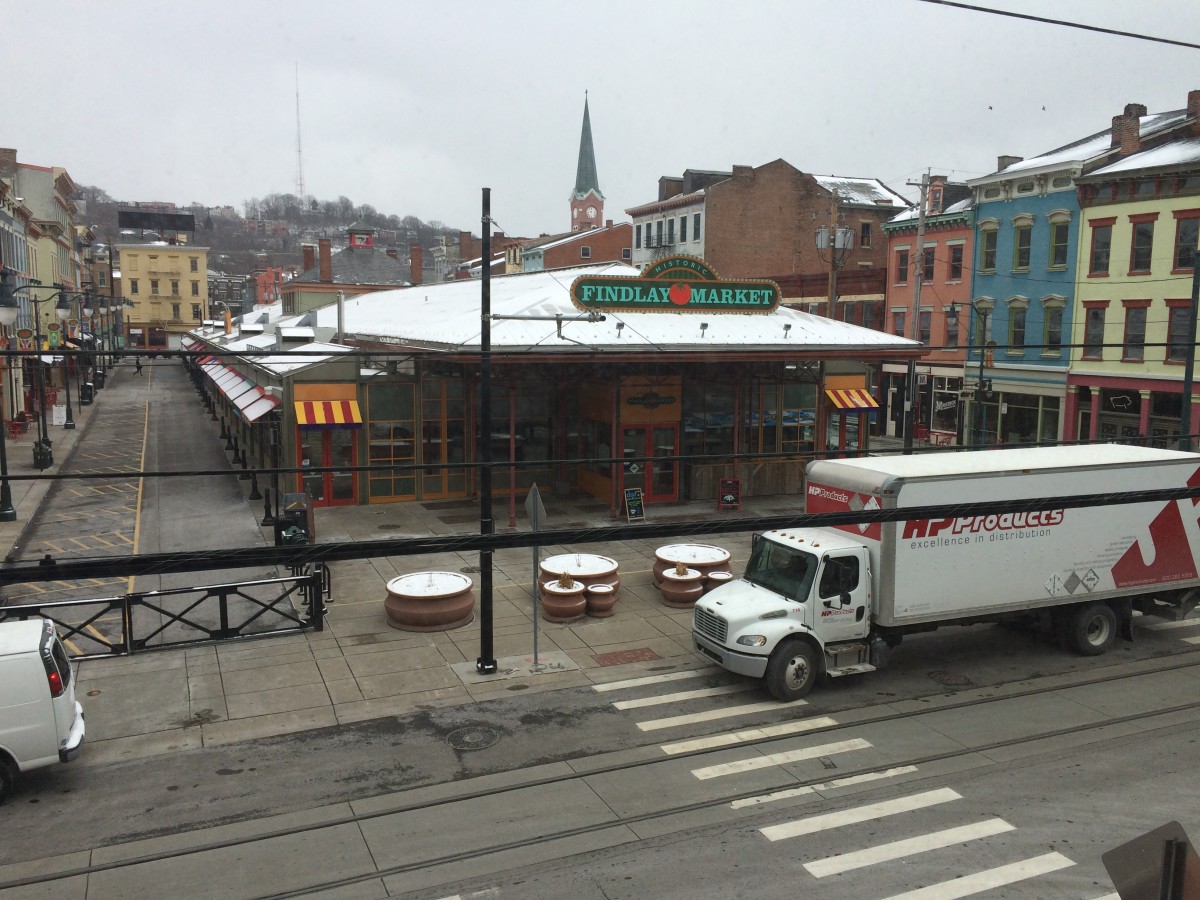 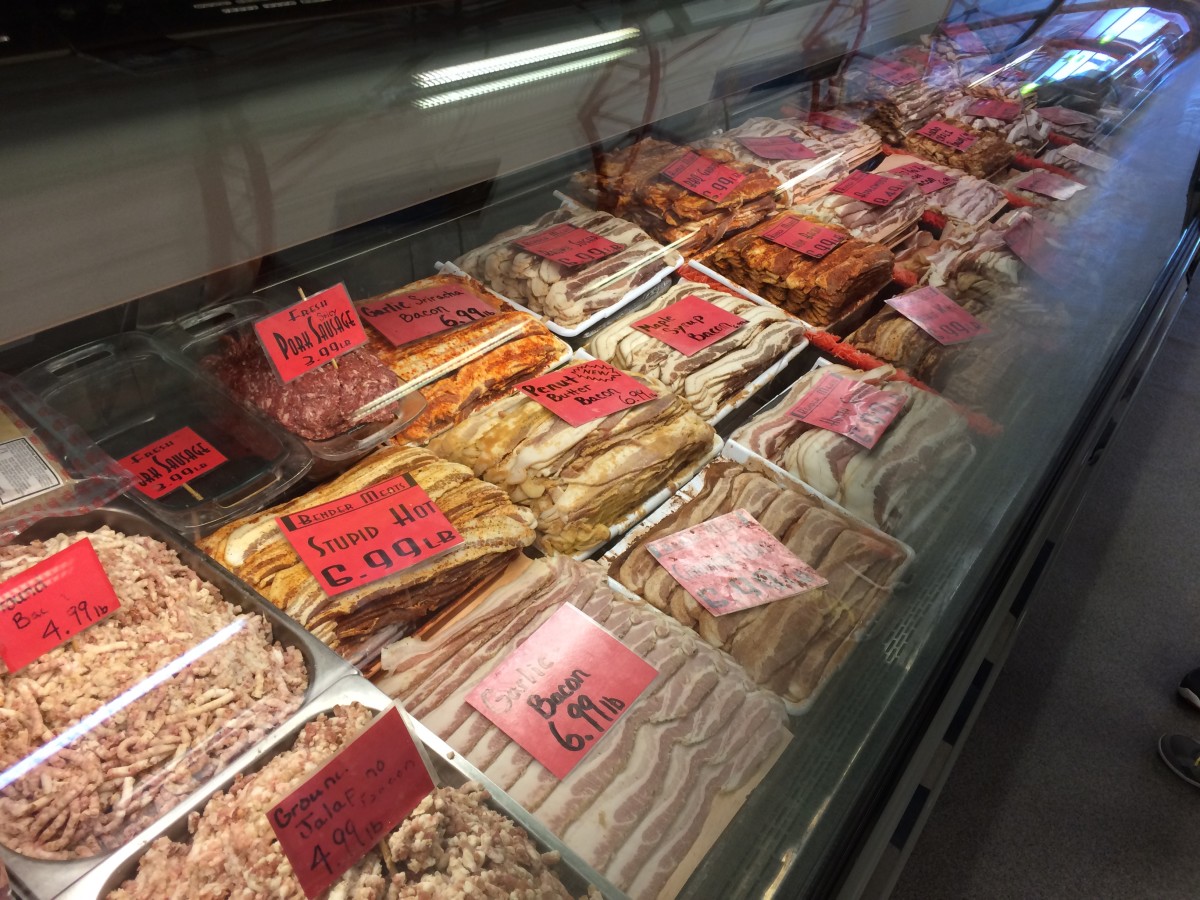 3 words: Peanut. Butter. Bacon. That is all. 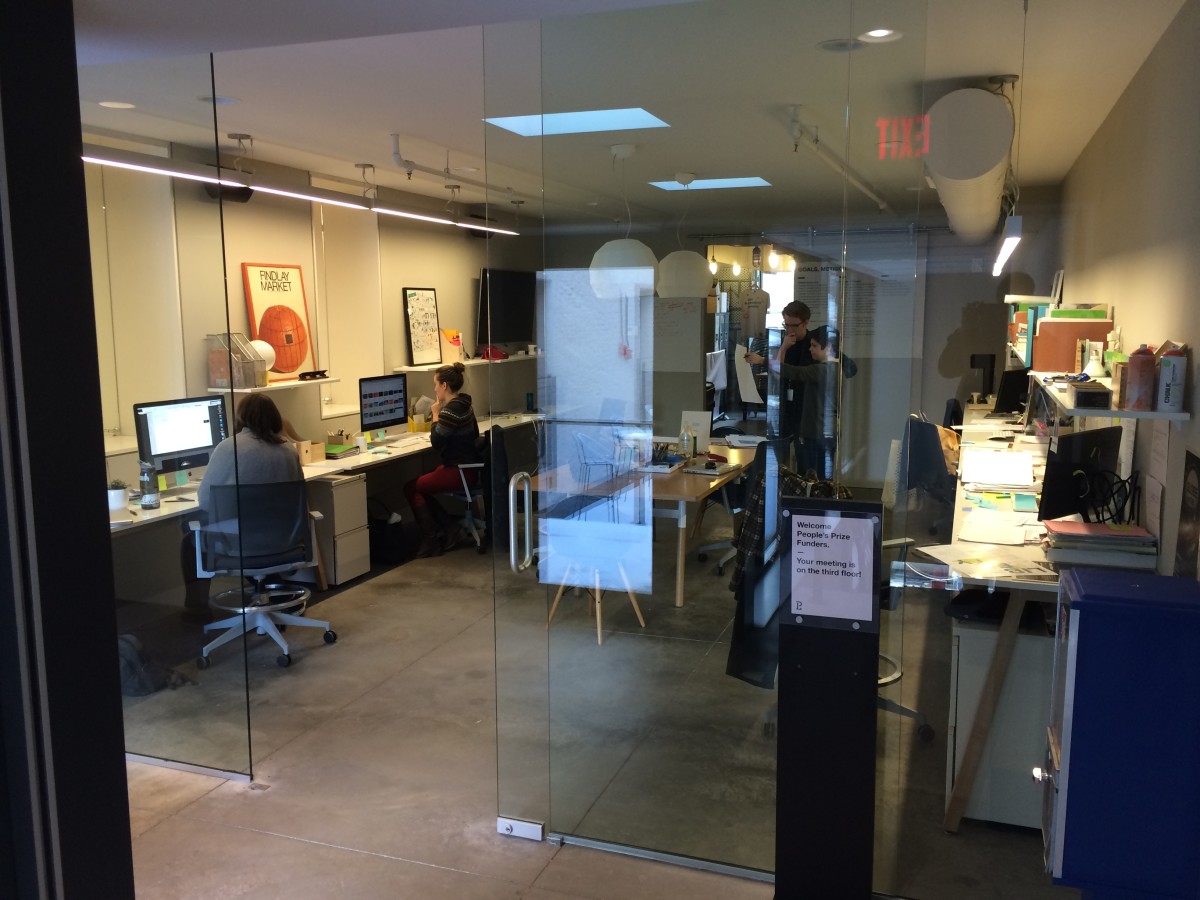 5. Be Weary of glass walls

No seriously, glass walls are a trap. They look totally lovely until you walk into them.

The 5-year shelf life of People’s Liberty is both scary and admirable. It imparts a sense of urgency to everything they do. Even though everything they do is thoughtful and considered, it’s not because they’ve sat around and debated for hours. Once they’ve vetted an idea they go and get it done. It’s an interesting attitude to bring into any work place, even if it isn’t as cool as theirs. 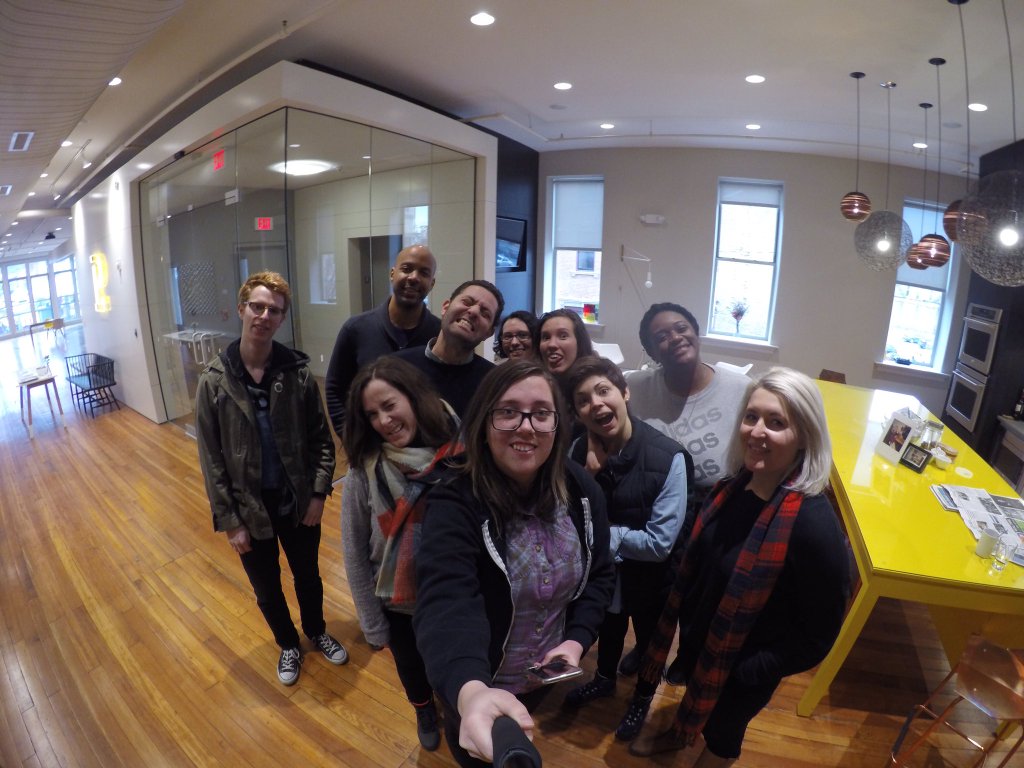 Me and the awesome People’s Liberty crew