Storyboards: What Clients need to know

Don’t skip this crucial step before starting your next explainer video. No, really!

So just what is this storyboard thing? 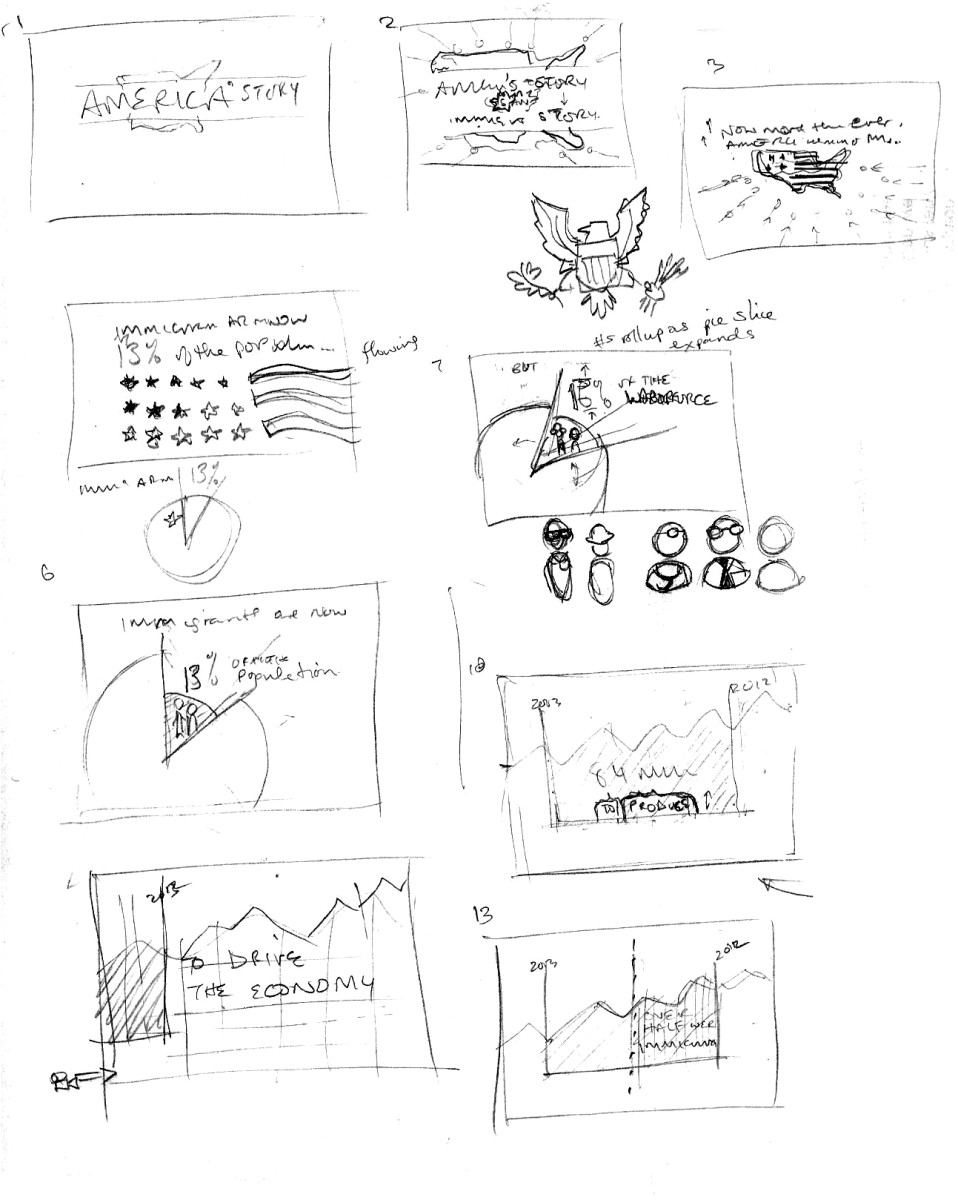 Some sketch boards created for a past project. These would then be built up into more refined boards like those shown right. 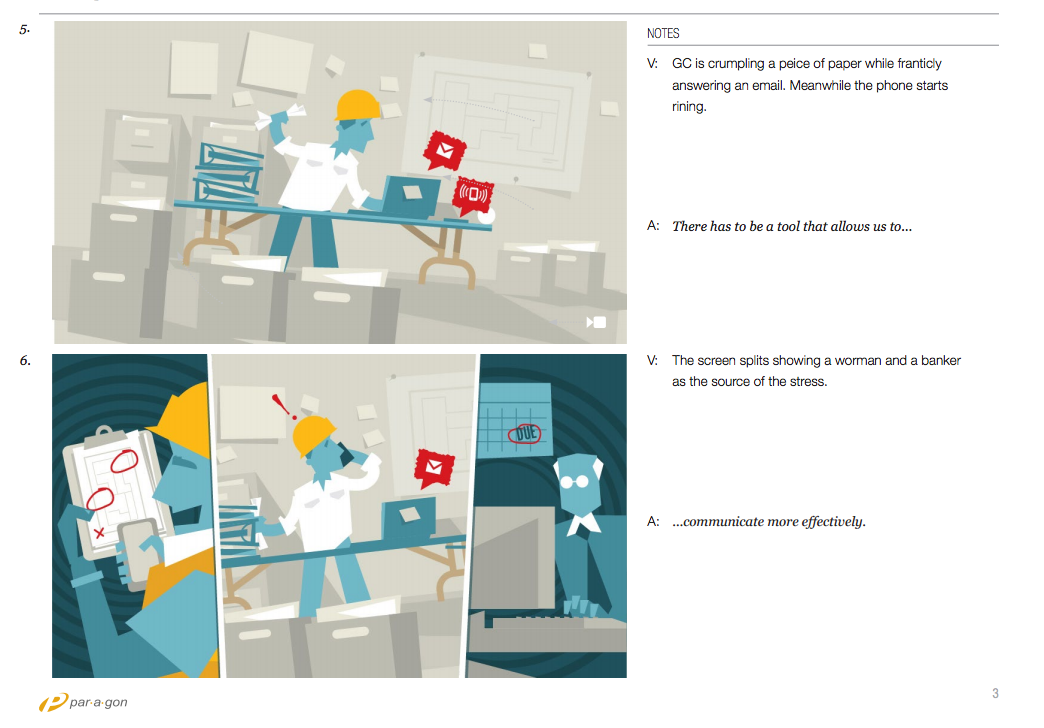 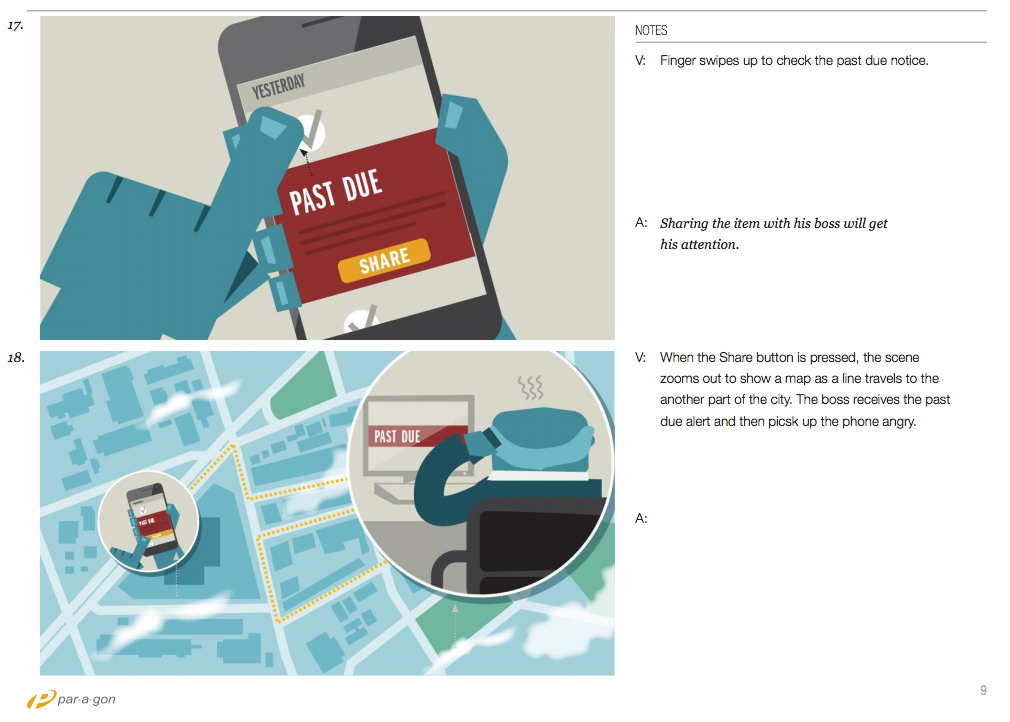 Why is it important?

When do you start?

After the script is finalized, approved, done! Not before. Why? Well the story is primarily told by the script and enhanced by the visuals. It’s inefficient to start planning if there are still changes happening to the backbone of the video. Design, movement, sequencing decisions are made based on flow of the story, so if phrases are changed it could disrupt the entire metaphor in the visuals.

What kind of feedback is important?

Are these the right visual metaphors?

Are the graphics / characters communicating what you want? For example, a gun and a bullet could say “war”, “violence”, “crime” or “defence” or be completely inappropriate depending on the context. So make sure the visuals are supporting the goals of the video rather than competing or even striking a note that’s slightly off-message. When we were working on an explainer about the stories of Afghan women for the Bush Institute, we originally we used a coat-of-arms emblem with an AK-47 and rocket launcher to represent the military oppression of the Taliban. To us the imagery said “dominance” but to the client, and target audience, this could’ve been read as “stable government” in a subtle way seeming to endorse or legitimize them. Something we wouldn’t have known without the deep collaboration with the client. 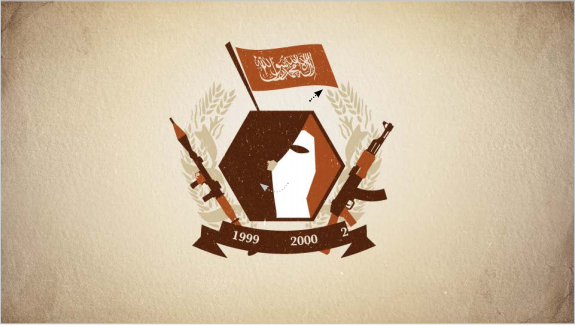 Guns and Rocket launchers may seem innocuous but they carry heavy metpahorical weight.

Is there enough time for each scene or on screen text? It’s easy to underestimate how long it takes to “take-in” a visual. Usually takes longer than we think, so make sure there’s enough time to register the main message of a key visual. This is where the expertise of the production team comes in because it’s only after doing a few dozen of these do you have a gut sense of how long it takes to resolve a transition or zoom in a camera. For on screen text, we recommend reading the script out loud and timing it for yourself to make sure.

How do you feel about the script now that the whole piece is coming together?

I know I said it’s best to have the script finalized before now but sometimes seeing the script visualized gives a better sense of how the narrative is taking shape so script TWEAKS aren’t unusual even at this stage. The voice over hasn’t been recorded yet – there’s a reason we wait until we have approved storyboards – so small adjustments here are expected. And now is the time to make them!

Hopefully this has raised some useful points to consider and has underlined the value of storyboards as you look into the process of creating an explainer for your product or service. And since, according to HubSpot’s 2016 stats, shoppers who view video are 1.81X more likely to purchase than non-viewers, you might just want to add video to your marketing plan. Just remember, doing storyboards will make the process better and faster and more cost-efficient. It’s not often you can get all three of those in one!