The power of color to persuade.

Color is a strong driver of behavior, from what we choose to eat and wear to the products we choose to buy. Studies tell us that people make up their minds about people or products within 90 seconds of their initial interaction. And about 62‐90 percent of the assessment is based on color alone.

Wise use of color can contribute not only to differentiating your product from your competitors’, but also to influencing moods and feelings. And since color can affect emotion, it can easily alter consumer behavior.

Now, when we think about marketing a product, we generally think about efforts to increase sales. Here’s a tale about just the opposite, and color plays a huge role here. 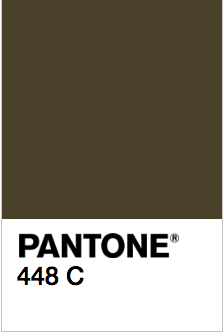 The Australian Government commissioned a research agency to come up with the world’s most unappealing packaging in 2012 and while on that quest, they identified the least appealing color out there.

They’re on a mission to encourage smokers to quit and deter young adults and high school kids from becoming tobacco users.

Pantone, like any good parent, has no favorites and had this to offer:

At the Pantone Color Institute, we consider all colors equally. There is no such thing as the ugliest color nor is there such a thing as the most beautiful color. … With that said, we don’t consider PANTONE 448 to be the ‘fugliest color in the world,’ as our color word association studies show PANTONE 448 is a color associated with deep, rich earth tones.

But back to the tale at hand, more than 1,000 smokers took part in seven different studies, and Opaque Couché earned its title for its association with dirt and tar. Australia has been very successful in reducing the number of smokers – some 13.3% of adults smoke according to recent data – and when you see their packaging, you’ll understand why… 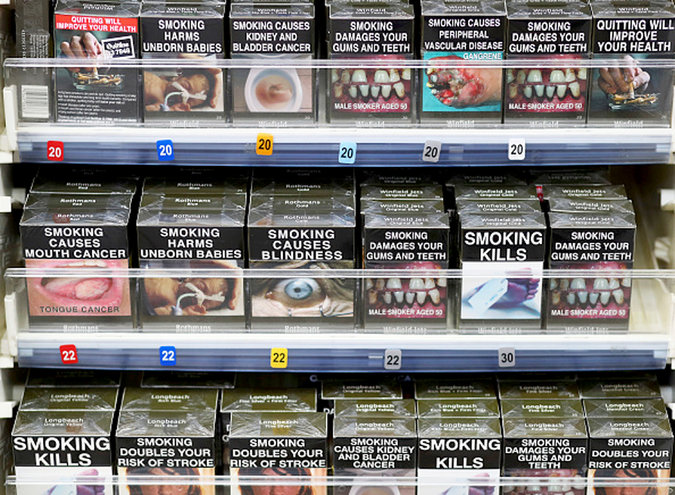 This success has inspired the UK, Ireland and France to adopt similar packaging guidelines, making use of the same Pantone, warnings and graphic images.

We’re unlikely to see US cigarette packaging change though. Even though a recent article in the Journal of American Medicine found that these sorts of graphic images prompt more smokers to at least try to quit, the American tobacco industry has blocked all attempts to put them on cigarette packs sold in the United States.  Their argument was that “requirements to display these warnings on tobacco products were unconstitutional and would make them “a mouthpiece for the Government’s emotionally charged anti-smoking message.”

Since health warnings were first added to cigarette packing in 1965, the percentage of US Adults smoking has fallen from 42.4% to 16.8%, according to the Centers for Disease Control.

Sustainability or Else: Progress Report, Week 5

Sustainability or Else: Progress Report, Week 5

Swift Playgrounds App - for me and the kids too!