How Long Should Your HR Communication Videos Be?

Seemingly small details - like the length of your employee videos – actually play a large role in creating a great employer experience. Here are the optimal lengths for a variety of HR communications videos, including those for recruitment, benefits explainers, and L&D training.

In the first episode of Malcolm Gladwell’s podcast “Go and See” he introduces the listener to the Japanese concept of omotenashi. Although not a literal translation, this term has come to represent an obsessive desire to “Anticipate the needs of your guest and address them without your own ego getting in the way.” Gladwell tells the story of how Lexus responded to reports of 3 of its cars having minor flaws after a huge launch. They recalled all 8000 cars, paid to have them repaired, and delivered them back to their owners with a full tank of gas and a special gift on the front seat. If you’re impressed, just imagine how those customers felt. Lexus also designs the windows on its vehicles to slow down imperceptibly when they seal shut and for the entire vehicle to literally rise to greet you when you get in.

This level of attention to detail may seem unnecessary. “Does it really affect the bottom line?” you ask. Indeed, these details communicate respect and engender trust more than we think. Likewise, when we care about the details of how we hire, retain and train employees, those efforts pay off substantially in the areas of employee engagement and retention as well as standard business outcomes.

One such important detail in the employee experience is the length of the videos we create to attract, educate and engage employees. As videos become more widely used in the workplace, attention needs to be paid to when they’re used and how long we’re asking viewers to sit through them.

The tricky part is there is no one, single optimal video length. Viewer’s attention spans vary based on their expectations and state of mind. We do, however, have an informed guide and the below recommendations were gathered from several studies on viewer preferences in a variety of typical employee video-use cases.

These videos typically cover your corporate culture, offering up an enticing view of what it’s like to work for your company. The recommended length, of course, isn’t a hard constraint, but aiming for a 90-second run-time forces you to make tough editing decisions that only keep the most interesting bits in the video.

“Modern candidates want to connect with your employer brand through video, and you have 1 minute 36 seconds (on average) to tell your story. This data from Skill Scout’s 450+ employer videos across YouTube and Vimeo reveals the importance of short, crisp, intelligently created recruitment marketing videos in 2020.”– Chiradeep BasuMallick(2)

Strive for under 2 minutes ideally; under 6 minutes if you have to go longer.
It’s hard to keep it brief when explaining complex topics like health and wellness benefits, but according to video hosting platform Wistia, viewer attention and engagement drops severely after 2 minutes and again after 6 minutes.

“Videos that last 2 minutes can generate great engagement. If you are capable of keeping your video under 120 seconds you will keep your viewers captivated.”–Ezra Fishman(3)

When training someone on a new piece of software, keeping it down to a single video is virtually impossible. But trying to fit an entire demo into one video would be an ineffective use of the audiences’ time and your efforts.

“Make your demos two to five minutes long. It’s better to produce several smaller demos, each on one aspect or feature of the product, than one big one. It’s a lower barrier to entry for your viewers, and you can always string them together in a playlist for those who want the whole thing.”– Chris Gillespie (4)

Training Videos: Under 6 minutes each

Employees are used to training videos being delivered as a collection, and the benefits of doing it this way are obvious.

“Not only are chunked video modules easier for trainers to update and modify than 30-minute-long video courses, but they are also convenient for busy learners who may be viewing with a mobile device or who only need one training module to understand the material.”–Panopto(5)

But studies show that for each video within a given course, the limit for a viewer’s engagement and, subsequent retention of the content, is around 6 minutes.

“A large-scale study conducted by MIT of over 6.9 million video sessions recorded for MOOCs [Massive Open Online Courses] found that the optimal video length should be under 6 minutes. Shorter videos were found to be much more engaging. Videos longer than 6 minutes were found to result in significant viewer attrition.”–Emporia State University(6)

The exception to this rule seems to be webinars, where the expectation is that these will take up to 60 minutes. Even so, editing these down into smaller chunks for use in later training efforts is a smart use of existing materials. (7)

Executive Town Halls: Under 10 minutes for each “chapter”

Since these events are usually live-streamed and recorded for future viewing, the length of the video is usually about an hour. But instead of releasing the entire session in 1 video, think about breaking it up, or at least delivering the video on a platform that allows video chapters for easier browsing. In an article for Streaming Media magazine, Nadine Krefetz recounts,

“Rather than produce hour-long town hall meetings, Raytheon would take that same bit of content and split it up into 5- or 10-minute sessions and present a new video on-demand once a day, where it can be promoted repeatedly so people are more inclined to watch. The result: “One business, when they first did that, their viewership went up by 400%,”-Nadine Krefetz (9) 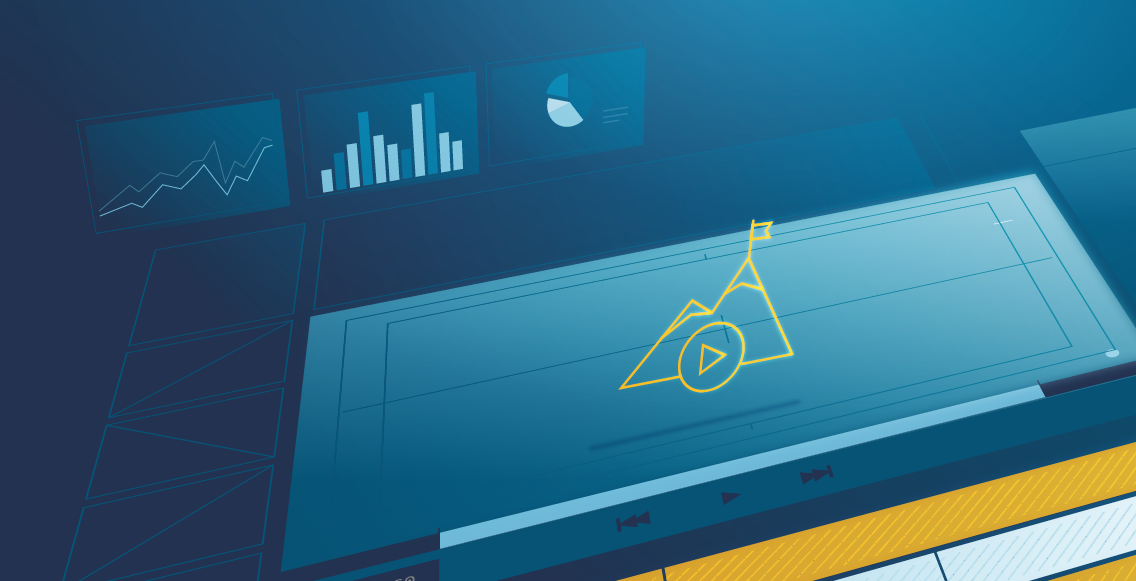 The Necessity of Measurement

These are all suggested ranges based on other companies’ scenarios. The only way to know exactly what length is optimal in your situation is to look at the analytics on your video hosting platform. Track how many people are watching your videos and where most of them seem to be dropping off. Then adjust accordingly and look for any improvements. Regardless of what your optimal video lengths turn out to be, it’s probably going to end up being shorter than you think.

Being mindful of how long your videos are might, on the surface, feel as inconsequential as the speed at which a car window seals shut. After all, in a corporate setting where the content of the videos is more important, viewers are more motivated to watch all the way through than on YouTube right? That assumption might have been true 10 years ago, but now that online video is ubiquitous and workers are bringing those expectations to work with them, when we ignore details like video length, we do so at our own peril.