The Problem with Relying Solely on Videos in Learning & Development

Videos can trick you into thinking you’re more competent at a task than you really are. So make sure training videos are accompanied by real-world experiences to make sure true learning has happened. 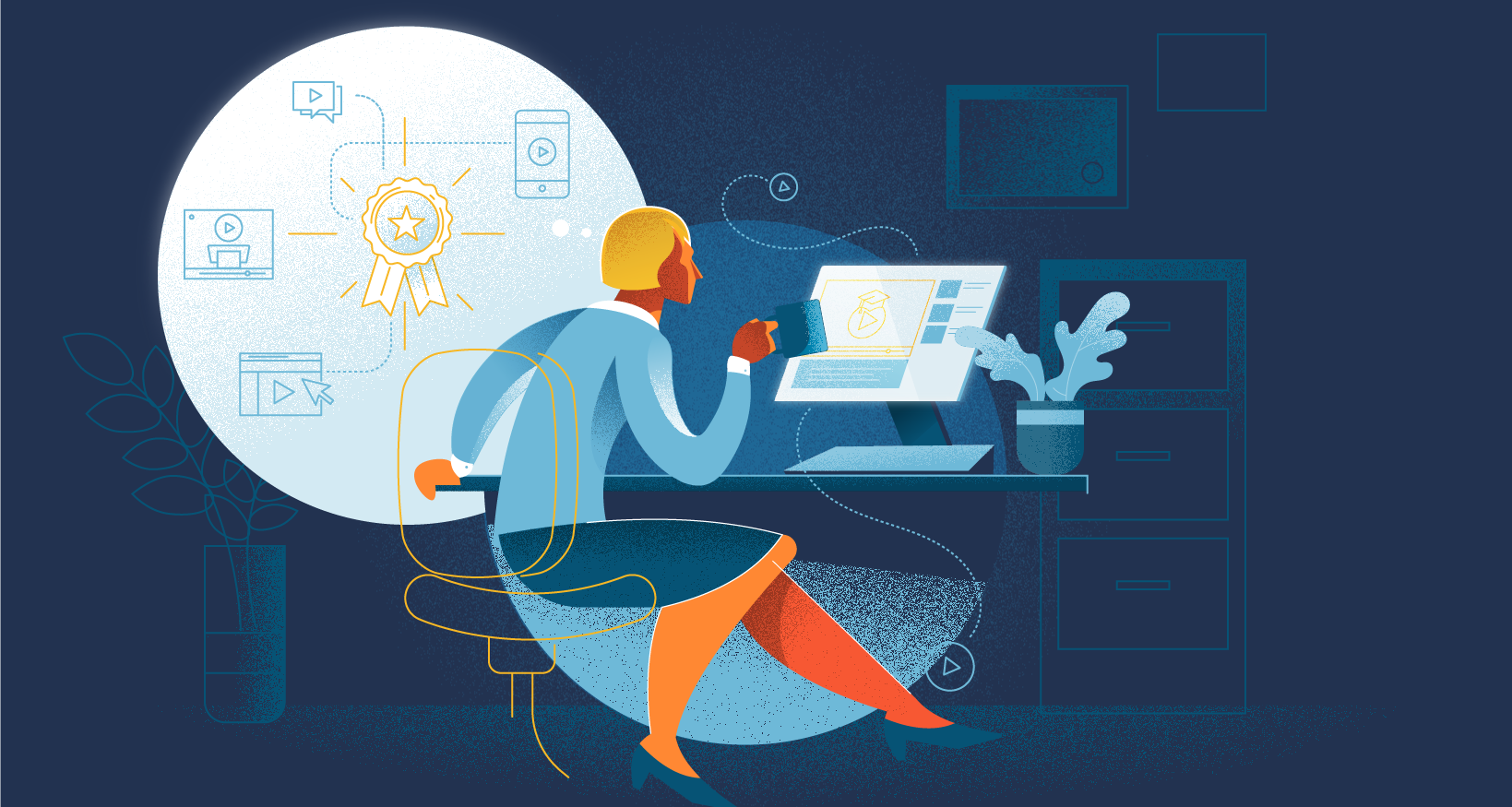 A recent episode of the NPR podcast Hidden Brain tackled the topic of how watching videos can trick us into thinking we’ve learned a skill (particularly one that requires performing an action) when we haven’t.

“When I watch the video, what I think I’m losing is I’m losing the ability to gain the skill. I think – I’m tricking my mind to think that, you know, oh, I’m getting that skill. I watched the video. I know how to do it. In reality, that’s not true.”
– John Sharp

The host and the scientists who discovered this phenomenon recount how, whether it’s performing a magic trick or doing the moonwalk, watching a video of an expert convinces you that you can do it just as well. In fact, the more times you watch the video, the higher your confidence level no matter how obviously complicated the skill is.

This made me think about how videos are becoming an increasingly larger component of Learning & Development programs. While the advantages of scalable, personalized, and easily accessible training can’t be ignored, this research made me think about a piece that would be missing if companies turned the entire task of upskilling their workforce over to videos. One reason videos are so useful as training vehicles is that they’re so good at helping viewers create a mental simulation of a task. But that same strength is why they could easily become a crutch.

“We’re constantly just simulating things and in those simulations, we lack the bottom-up, real-time experience of actually performing, of actually experiencing those events that we can only find when we jump in and try.”
– Ed O’Brien, Behavioral scientist at The University of Chicago’s Booth School of Business

Pair the Virtual with the Real

So how could L&D teams compensate for this? Video training needs to be accompanied by some form of tangible experience to burst the overconfidence bubble. In a completely video-based setting, try to incorporate prompts to have learners interact with what they just watched, whether through a quiz or tasks they’ll need to do on their own. If possible, give learners a more accurate sense of what it will take to accomplish a task, especially a complicated one, so that the mental simulation they’ve enjoyed from watching a video can be coupled with some form of work on their part.

Be Mindful of Different Learners

Another danger of relying solely on videos is the disillusionment watchers experienced when confronted with how hard a task is to do. Those more motivated learners could see this as a sobering challenge to try harder and practice more. But for others, having the first experience with a new task result in disappointment could be demoralizing.

“…I wonder if, for a lot of people, that’s just demotivating, that the giant gap between perceptions and reality leads them to think, well, I’m not meant for this task after all. I’m never going to pick up this ability, and so they don’t practice again.”
– Ed O’Brien, behavioral scientist at The University of Chicago’s Booth School of Business

L&D professionals need to be aware of this possibility and infuse their training material with encouragement to learners to adopt a longer-term mindset. By doing so, learners won’t see a first-time failure as an indication of their ability or inability to eventually perform the task. This could be where gamification comes in as a way of keeping learners engaged with the training past the inevitable first failure. Use a Learning Management System (LMS) to give immediate feedback, encourage redos and celebrate the accomplishment of smaller tasks on the way to mastering more complicated ones.

“Easier Seen Than Done: Merely Watching Others Perform Can Foster an Illusion of Skill Acquisition,” by Michael Kardas and Ed O’Brien, February 2018.