When someone asks you to help out with a new project with the Tick, there’s only one acceptable answer… well maybe two. But the one we’re thinking of would be  SPOOOOON!

If you’ve been alive for more than 25 years you’re fully aware of all the action movie cliches. There must be a Hero, a Damsel in need of rescue, a plucky Side-Kick and of course the evil Bad Guy. Throw in some explosions and gun play and presto, instant action movie.

That’s the idea behind this hilarious short (The Action Hero’s Guide to Saving Lives) from On the Lot finalists Jusin Lutsky and Opie Cooper. They asked us to step in and give the project that distinctively Hollywood action movie look, starting with the title treatment. But that wouldn’t be all. They’d also need posters, wallpapers, DVD packaging and website design. Oh, and all done before their world premiere which was at Paramount Studios a few weeks later. No sweat… right?

World of Comedy Film Festival
Check them all out here 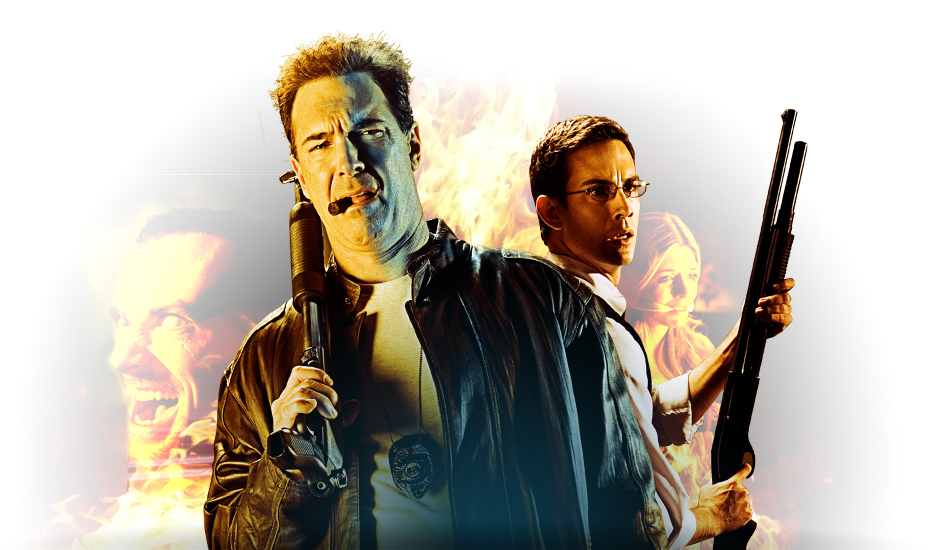 We strapped on our boots, fired up Cinema 4D and started hammering out a simple title treatment that our 90’s younger selves would be proud of.

The next step was to tackle the key poster artwork. This would provide the tone of the rest of the deliverables so it was important that this was suitably action-y.

Not much research was needed to figure out a color scheme for our action movie poster. Pretty much every action hit over the past few decades is evidence that we as movie watchers must somehow be attracted  to the blue-orange contrast. So when in Rome… 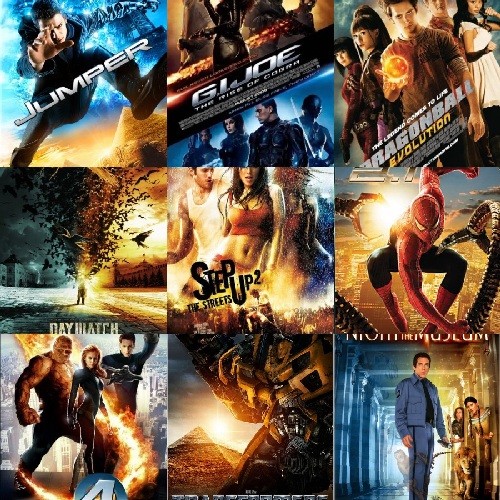 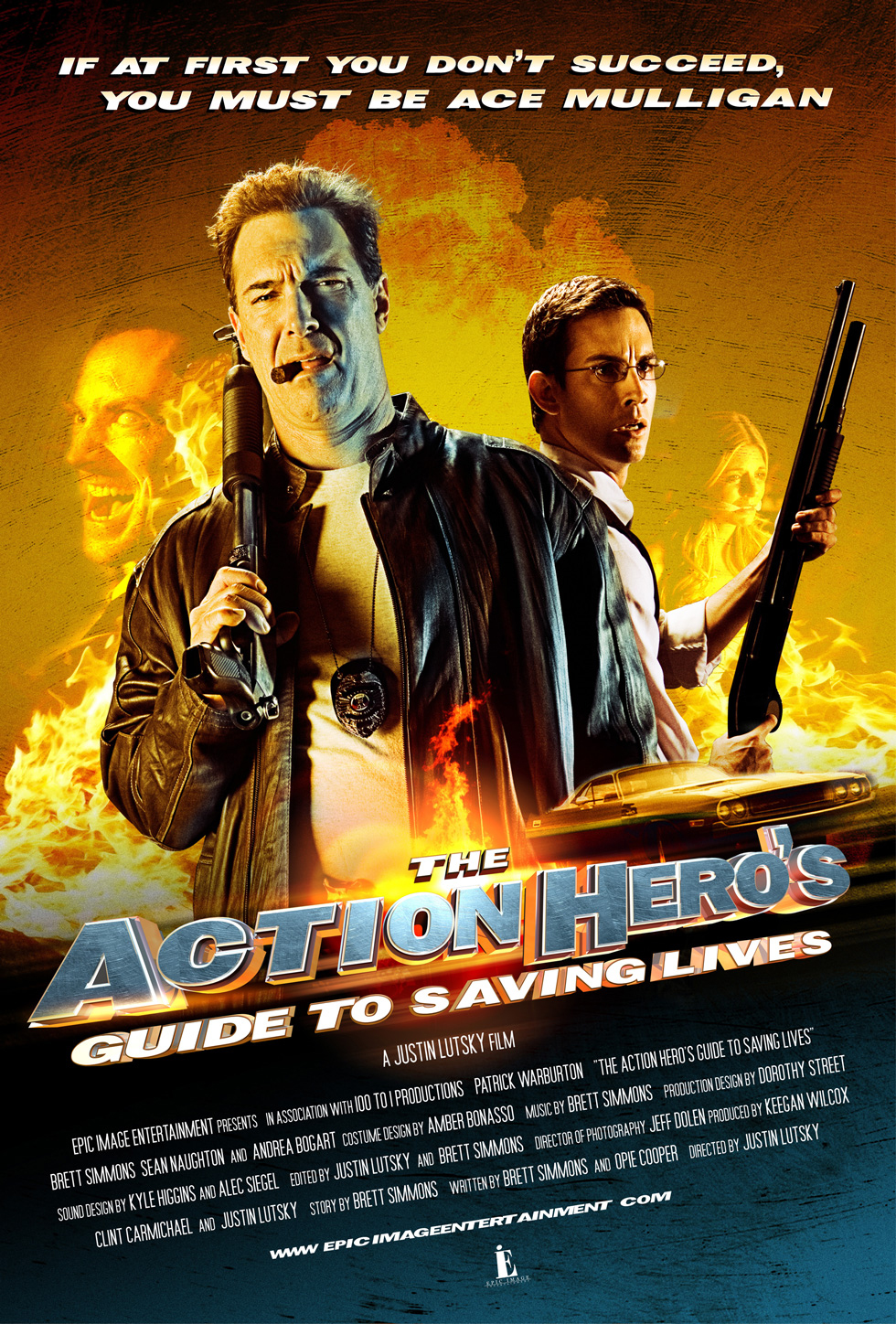 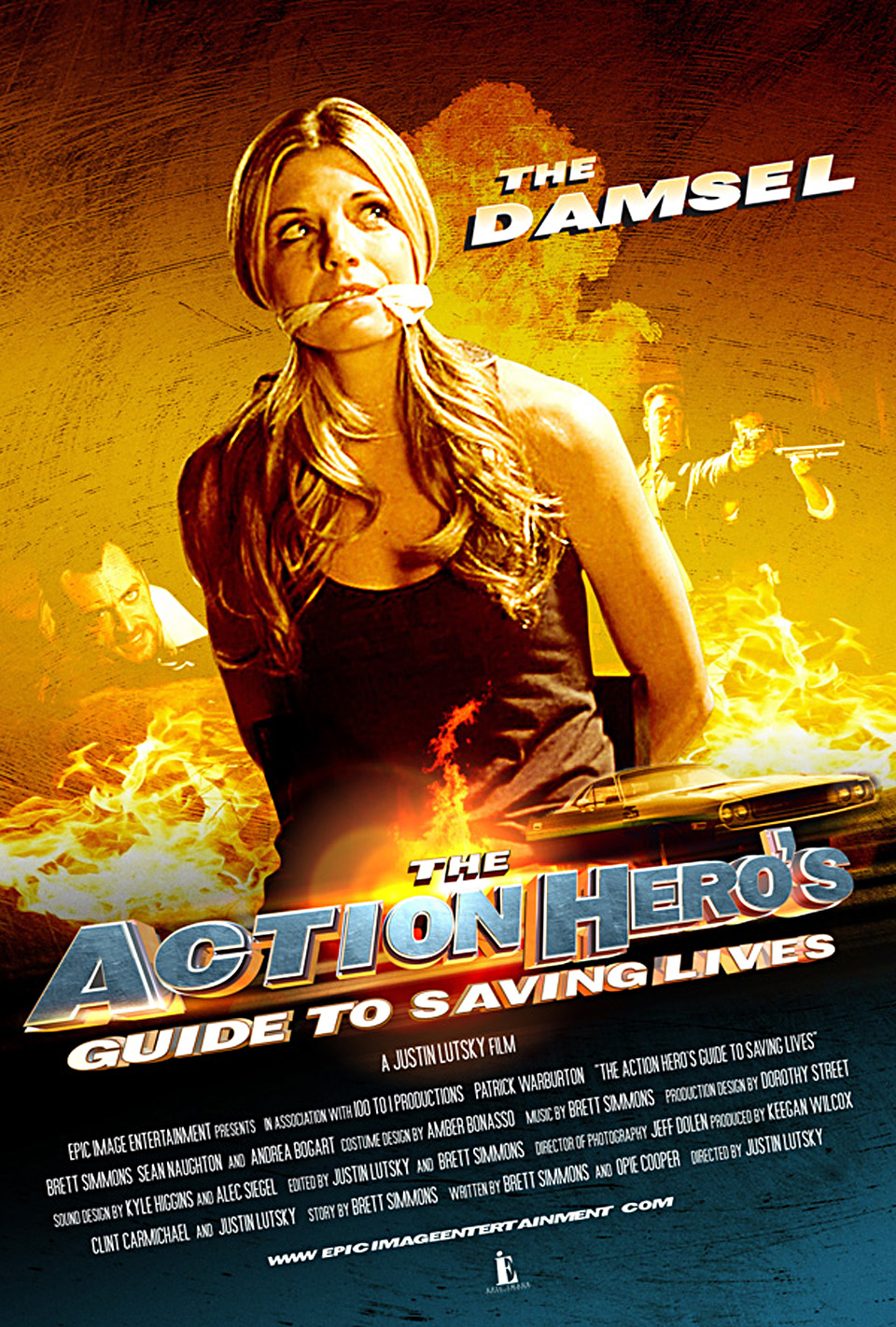 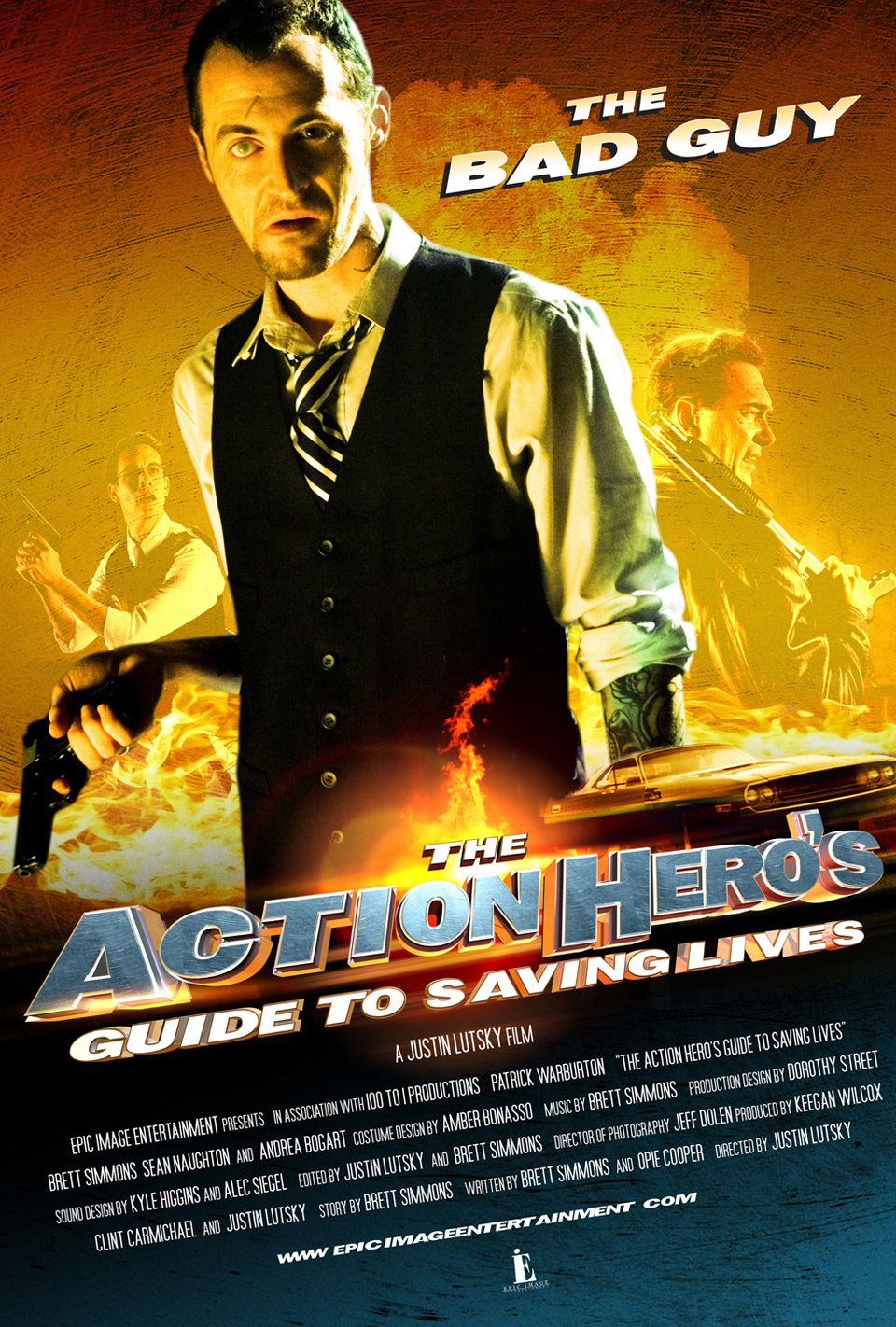 With the look in place we moved on to the other posters. One for each of the action movie archetypes. By then, it was time to start on the main-on-end credit sequence. The idea here was to take key scenes from the movie in the form of stills, and bring them alive with a little slo-mo after effects magic. 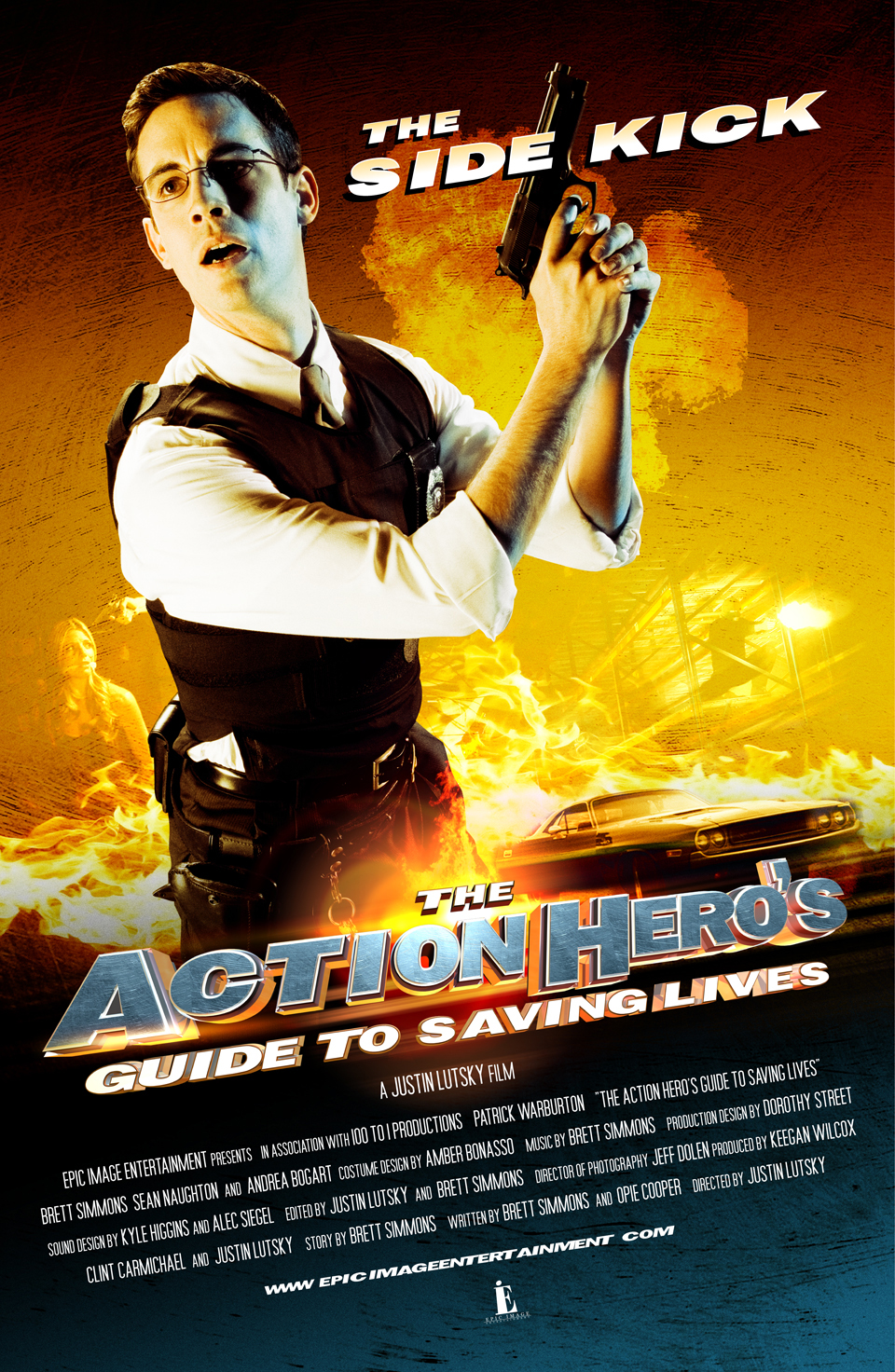 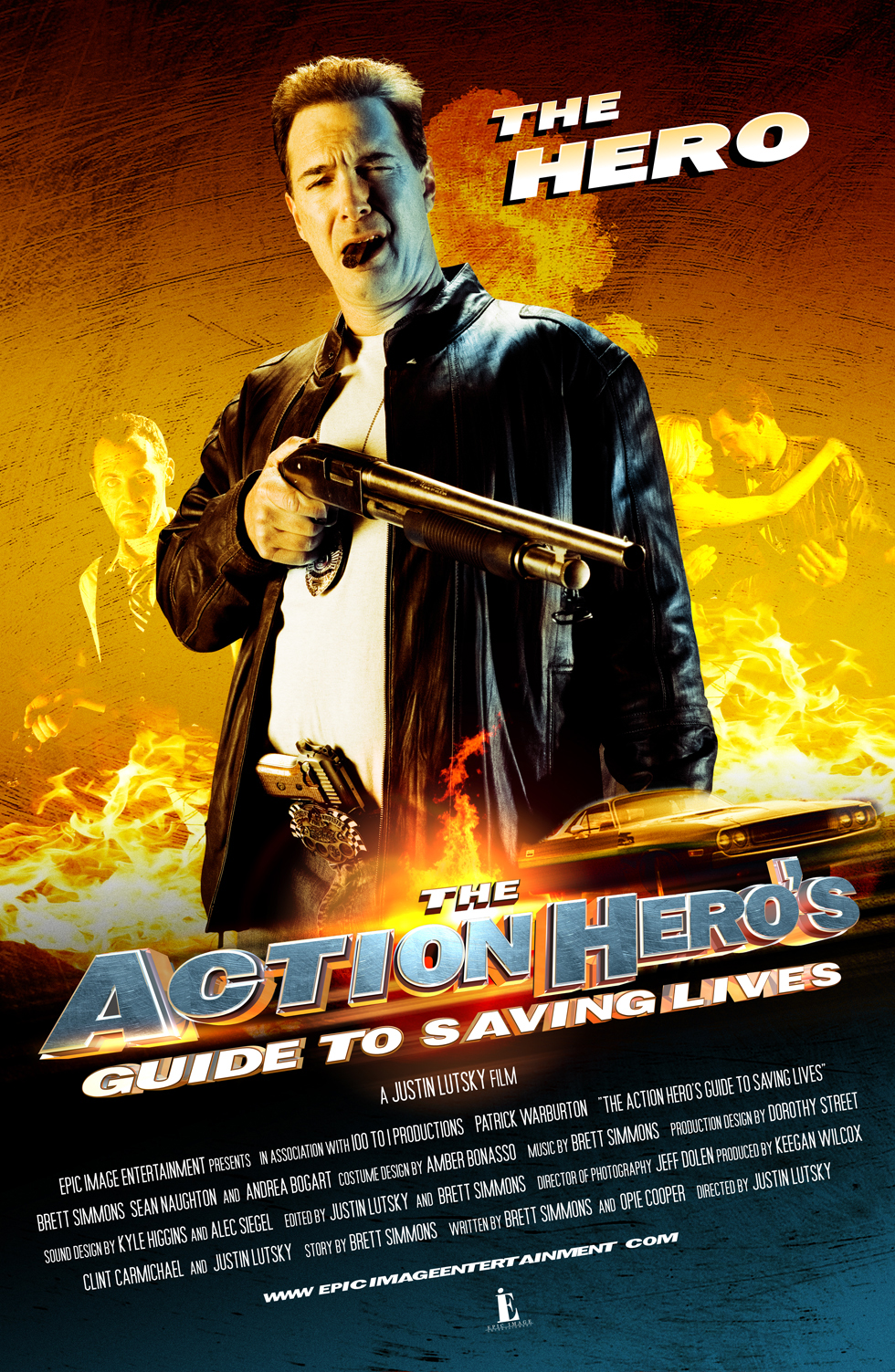 We were so excited about the work done thus far, we came up with a quick logo animation for the film.

Rounding out the set, was the website. We chose a simple one template design initially since the movie was still making the rounds on the festival circuit. But the director liked it so much that he’s kept it.

Check it out and watch the short here. 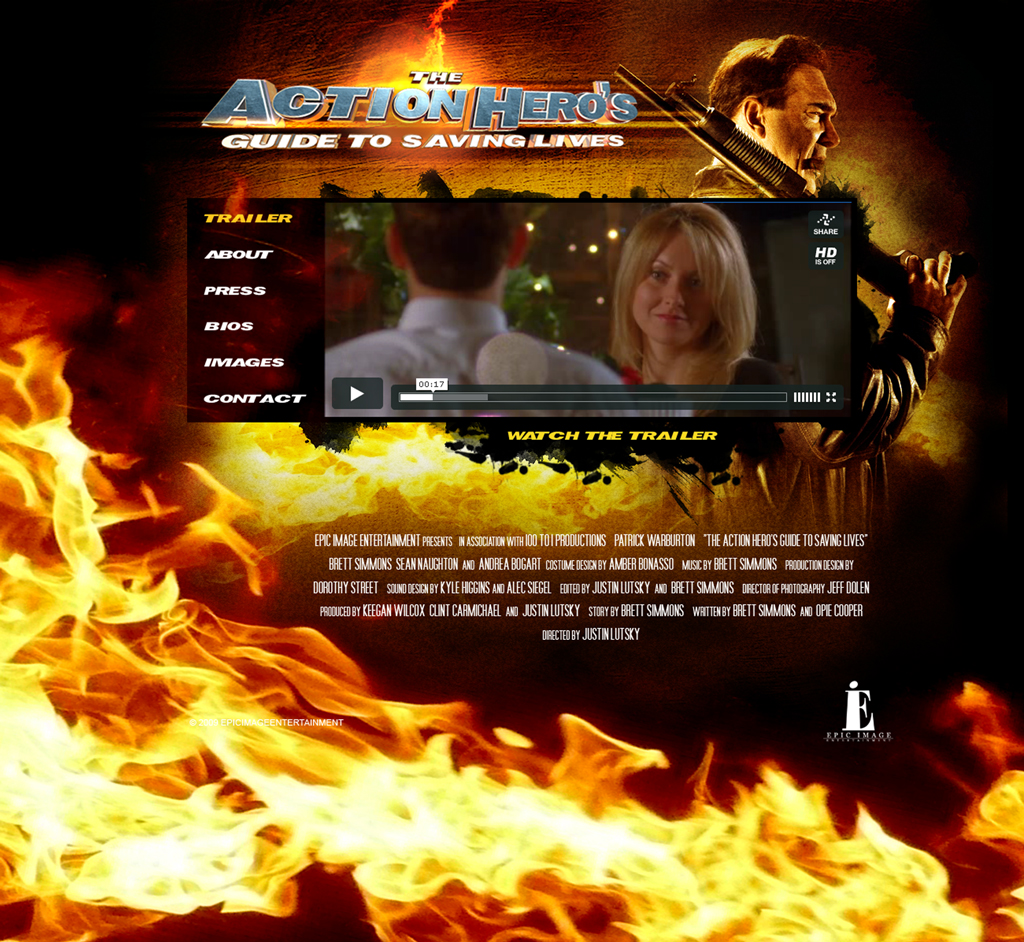