A bright, talented, albeit overweight, filmmaker named Opie Cooper wanted to make his quest to lose weight an entertaining reality TV show… Because there’s always an opportunity to take something already difficult and make it even harder! Our job was to create a fun and quirky brand for the show, Cheat Day, and to create entertaining mini-explainer motion graphics to enhance the live action footage.

We went simple and literal for the logo. Taking a bite out of the C in “Cheat” and depicting the word “Day” like a flip clock, we were able to create a motif that would also serve as a useful transition device within the show itself.

For visual interest we incorporated motion graphics throughout each episode that tracked Opie’s calorie count as well as the amount he burned off as the show progressed. Additionally things like overlaid graphics and humorous interstitial motion infographic segments helped to give the show a light-hearted feel that enabled the show to tackle a serious topic in a charming way. 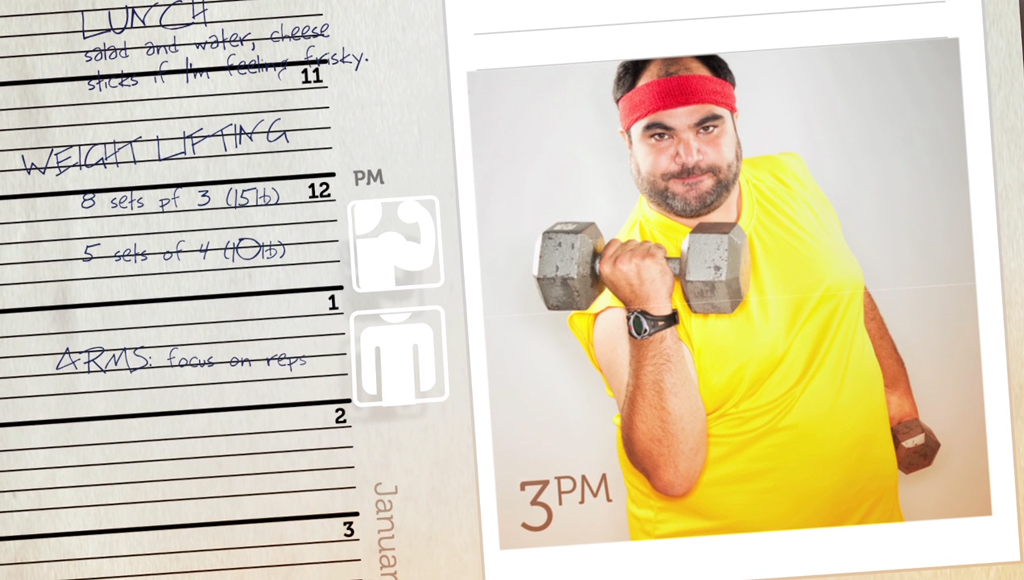 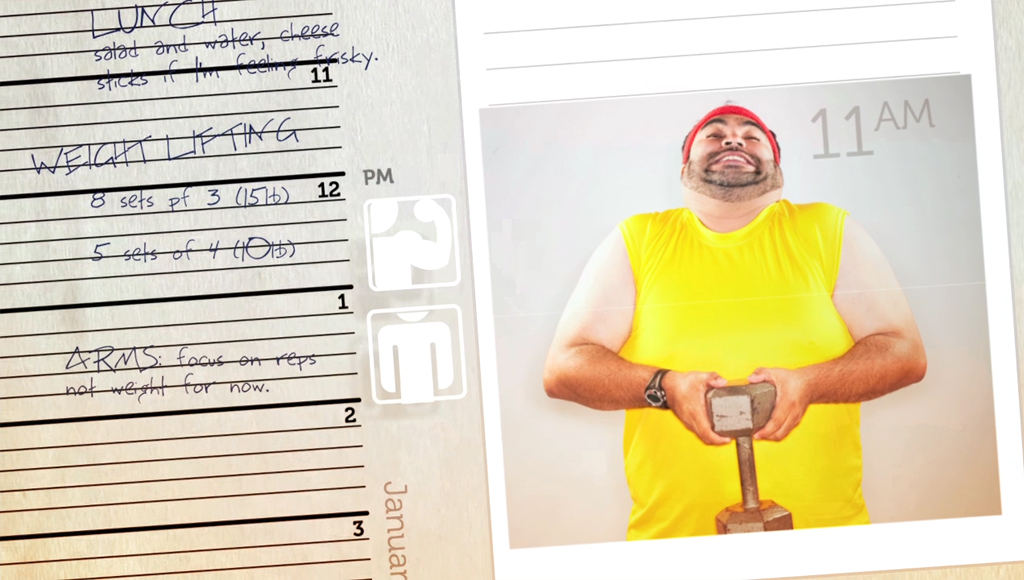 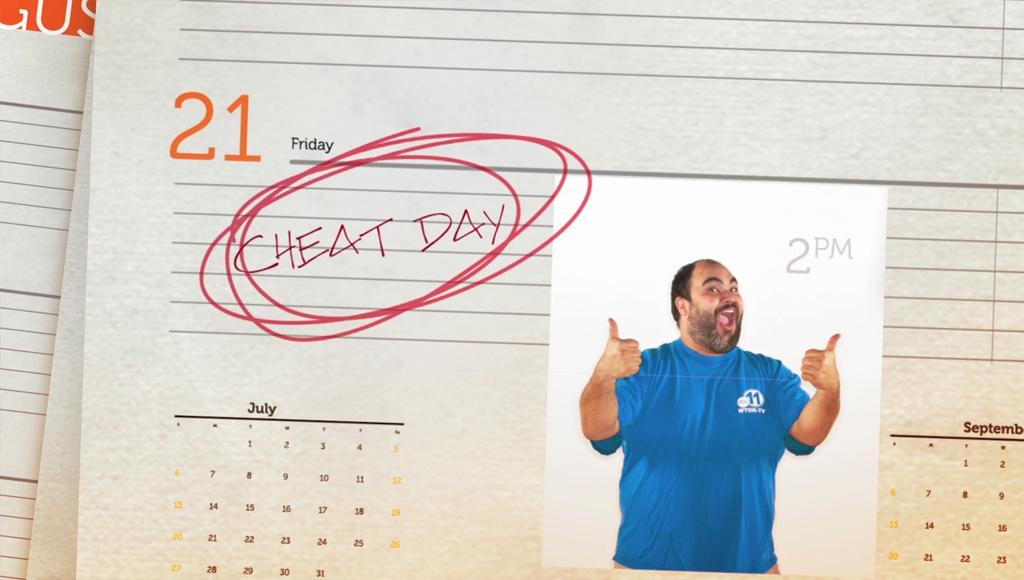 With all the calorie counting (both going in and burning off) the show was heavy on data, so we came up with a way to show all of that in a fun but easily understandable way. 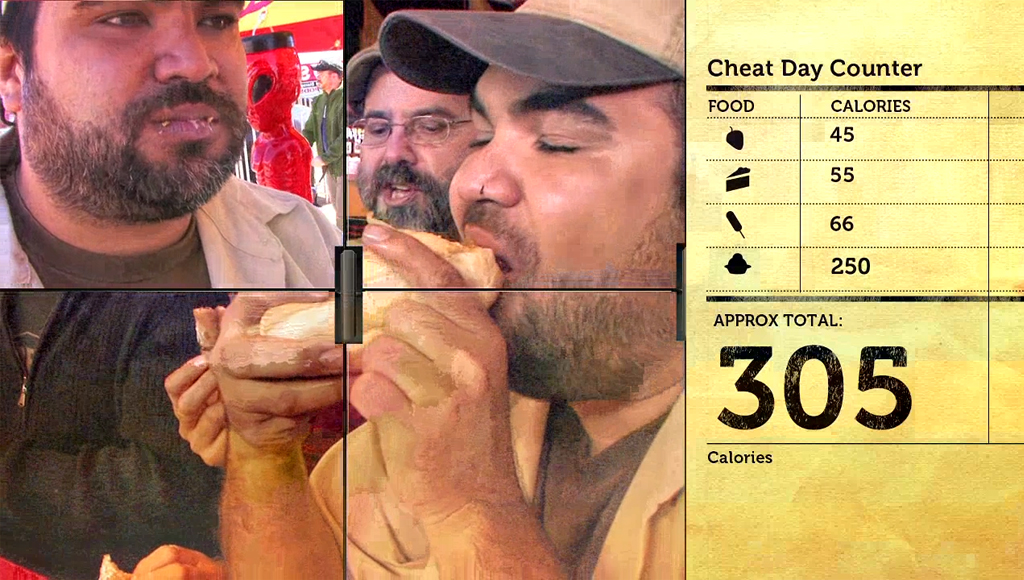 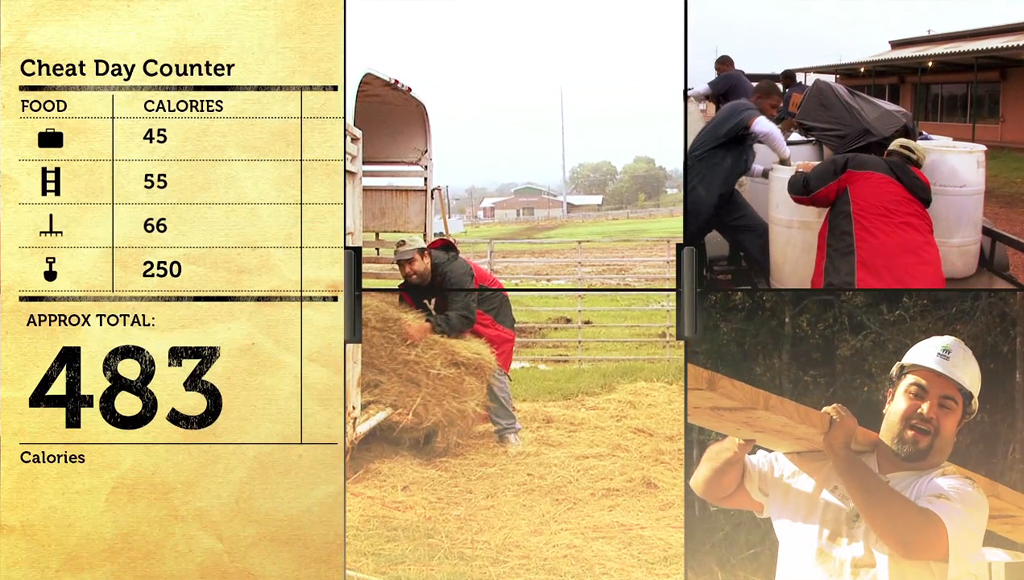 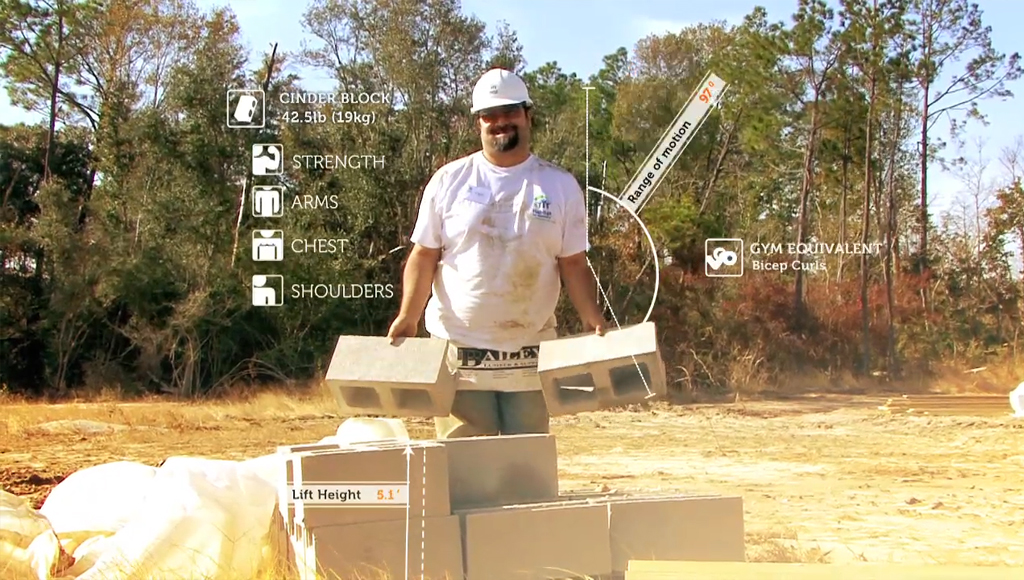 There were also instances where we wanted to show exactly how a particular activity was giving Opie as good a workout as a few reps in the gym. 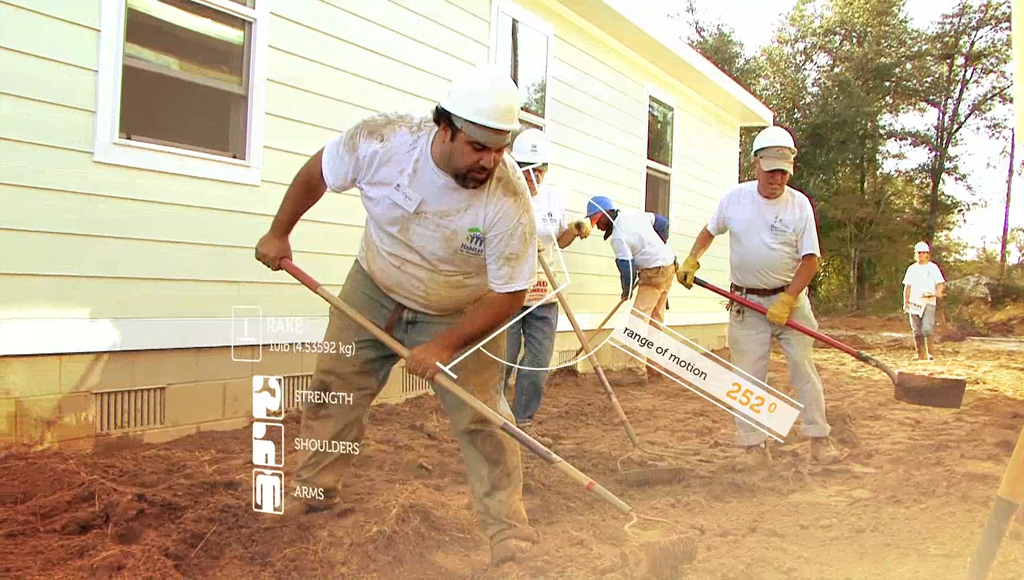 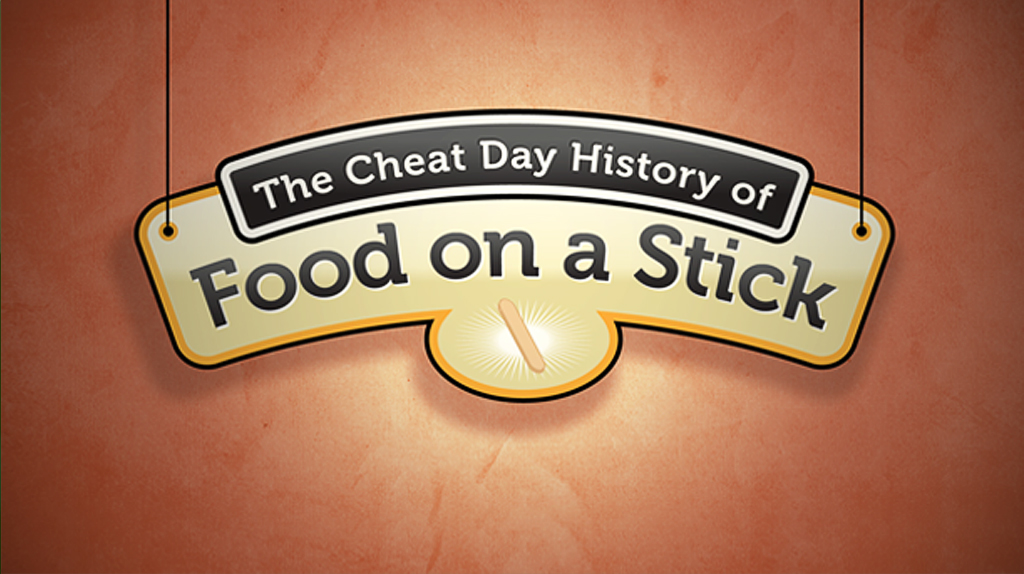 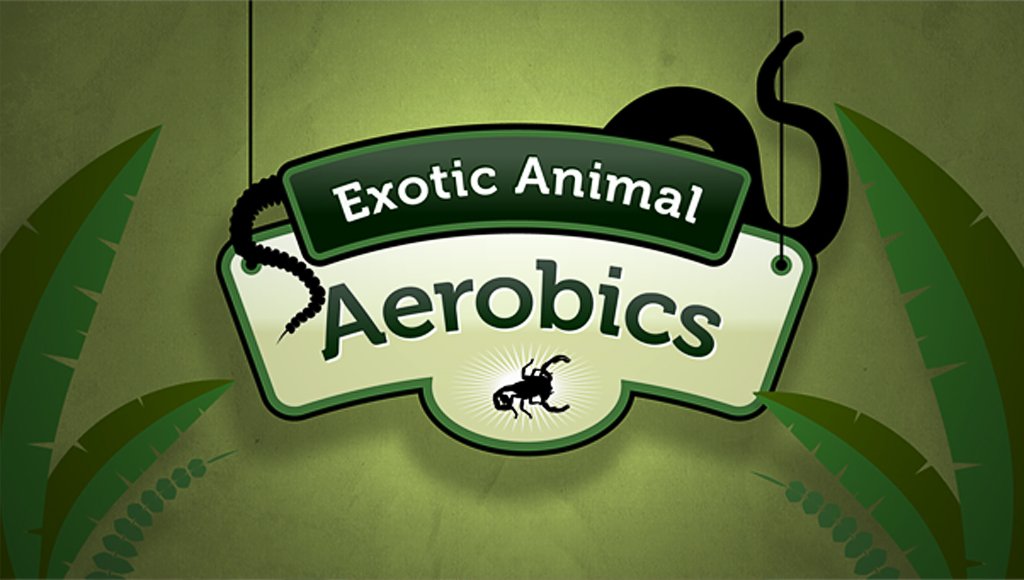 Each episode would include short, humorous little animated segments to keep the tone light. 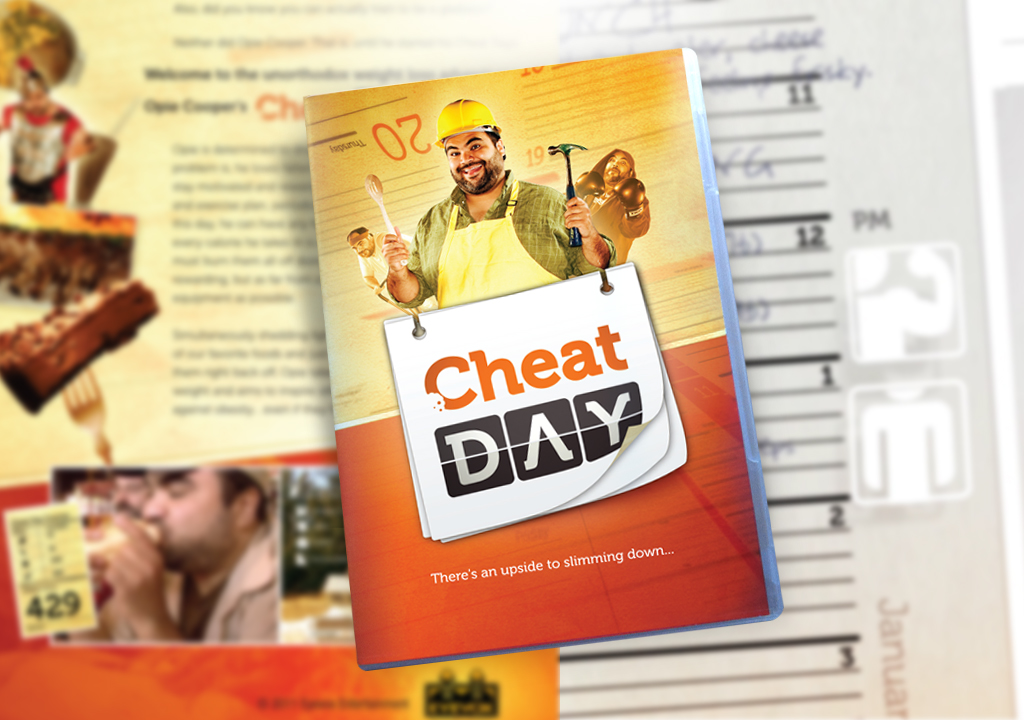