Truthfully depict the atrocities conducted by the ruthless regime in North Korea without turning off the audience or slipping into depression ourselves. It was an honor and a sobering challenge being asked to work on such an important piece. But having tackled issues like child slavery, adolescent abuse and veteran neglect in past projects, we were uniquely qualified to handle this one. 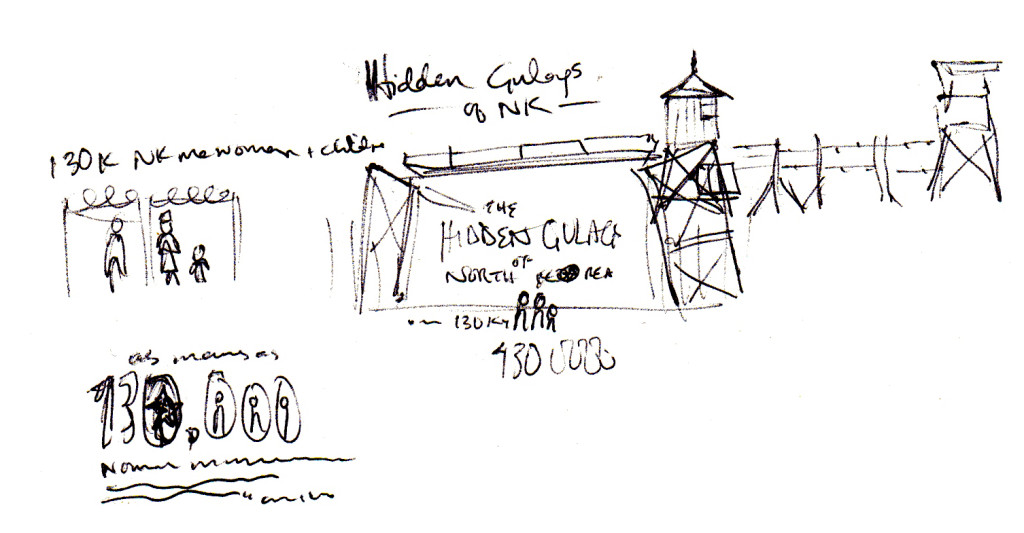 We started with some furious sketching.
Trying to find a palatable way of depicting torture or starvation doesn’t come easy, so there was a lot of “user-testing” so to speak as we passed sketches around with the implicit question “too much?” 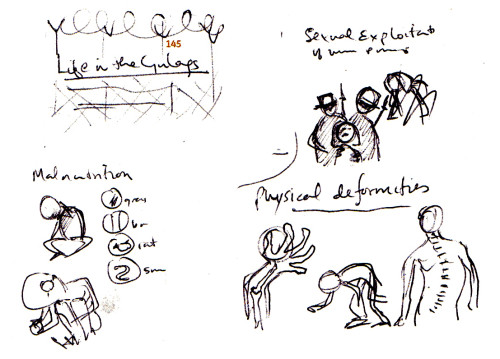 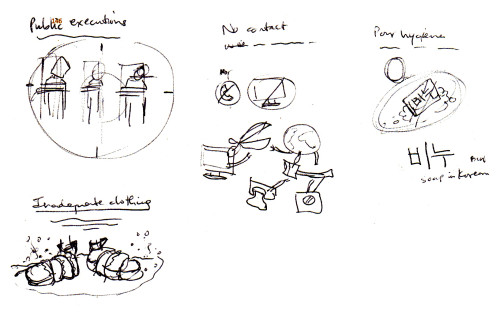 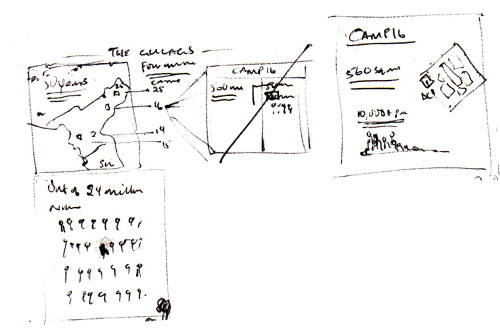 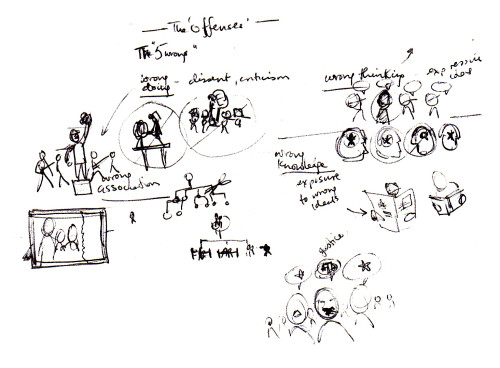 We eventually came up with a common visual language for the piece. Stylized human figures would be our communication device using a muted color palette and harsh textures. The end result was a concise accounting of what citizens of North Korea have to face every day. The project quickly got picked up by foreign policy blogs and websites so in some small way we feel we’re doing what we can to spread the word about this modern day tragedy. 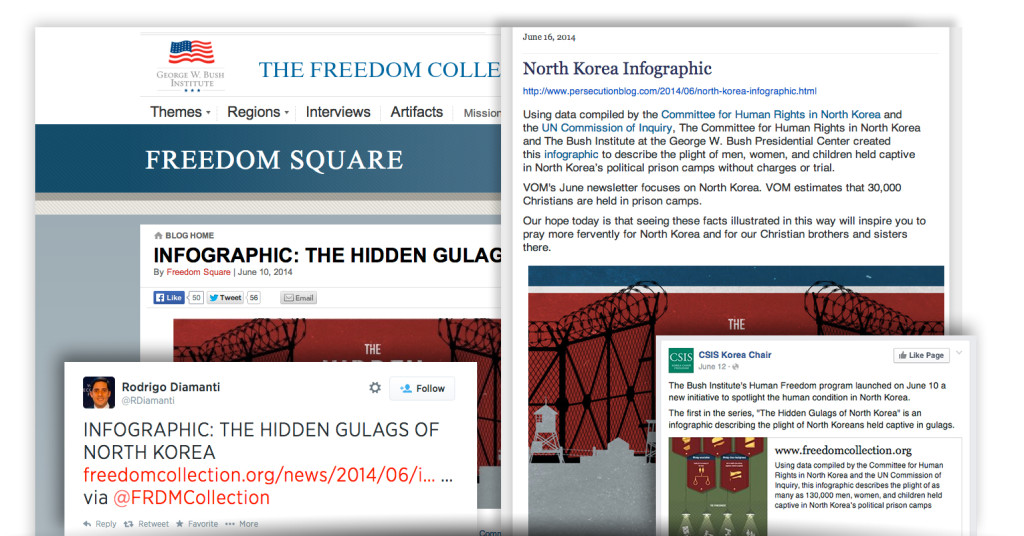 Protect Yourself from Fraud
Infograph Series for American Express