The Savannah Economic Development Authority wanted to take their annual report online, but they were concerned about sacrificing the wow factor of the creative printed report that we’d been creating for them for years. They asked us to create and implement a concept that would have an impact they wanted across all devices, while still making a splash at their annual release event. 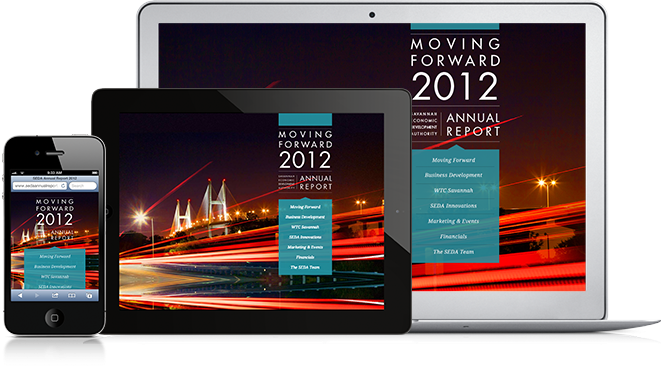 We  reimagined their annual report as a responsive online experience that incorporated all of the content they would typically include with the new added benefit of analytics on the back end to help SEDA see what content was of particular interest to the community. Since websites aren’t tangible and there was a concern about the reaction from people accustomed to leaving the release event with a report in hand, we created custom-engraved USB drives enclosed in leather cases to be given out to all attendees. The USB drives were encoded with a special key that would give them an advance look at the report before it would be launched to the public a few days later. 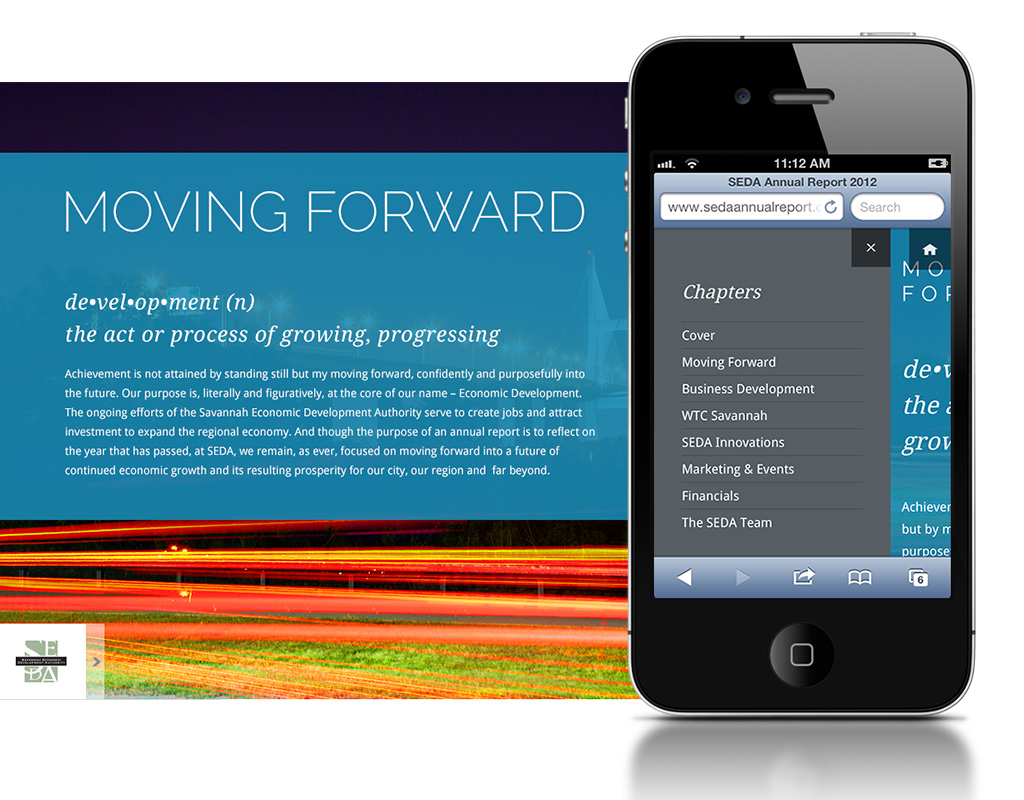 “In the economic development world, SEDA has always been known as a leader and innovator in our marketing and sales efforts. We haven’t been afraid to do something different. Through various reasons,… we had not completed an annual report in several years. To start getting us back into the game… we knew we wanted to do something different than the traditional printed annual report. Plus, the fact that it was more cost effective was appealing.” 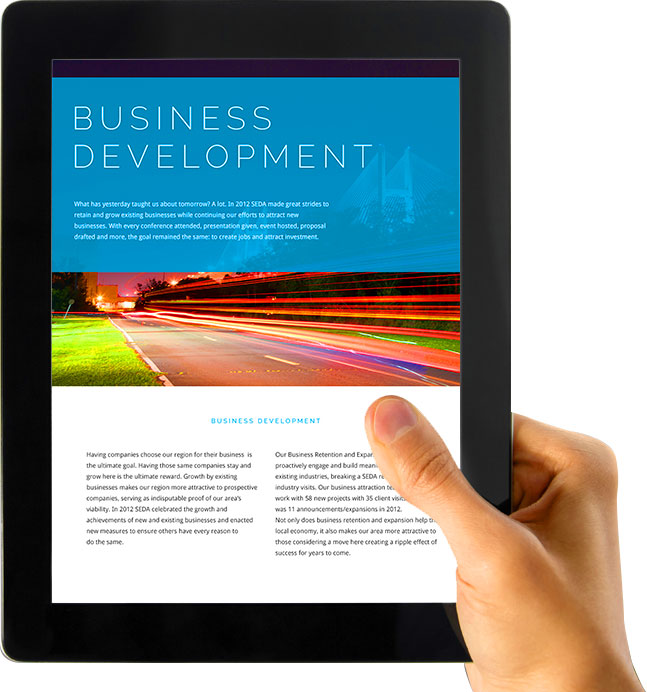 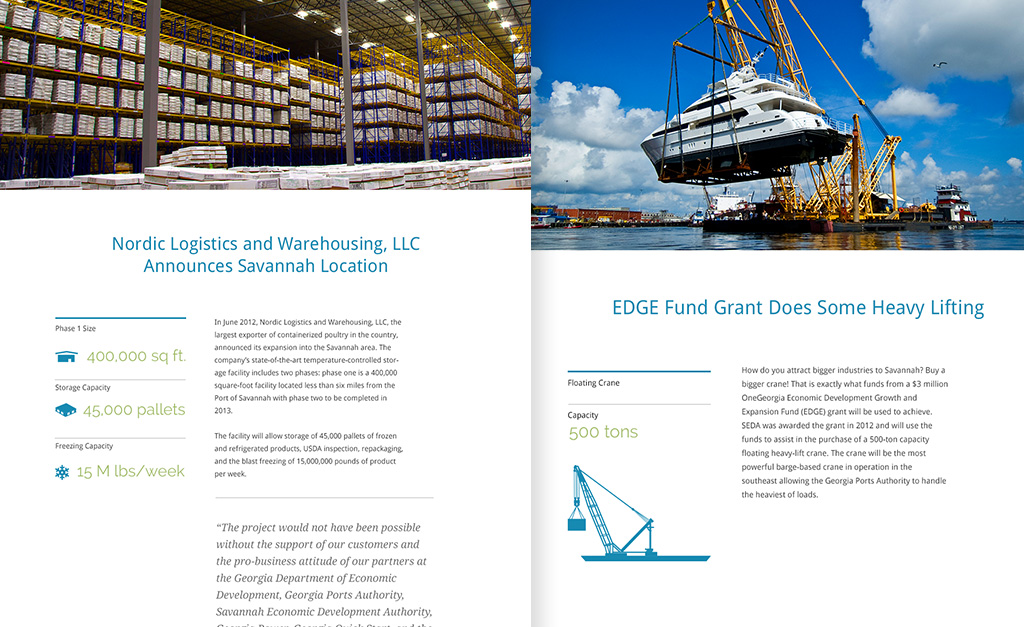 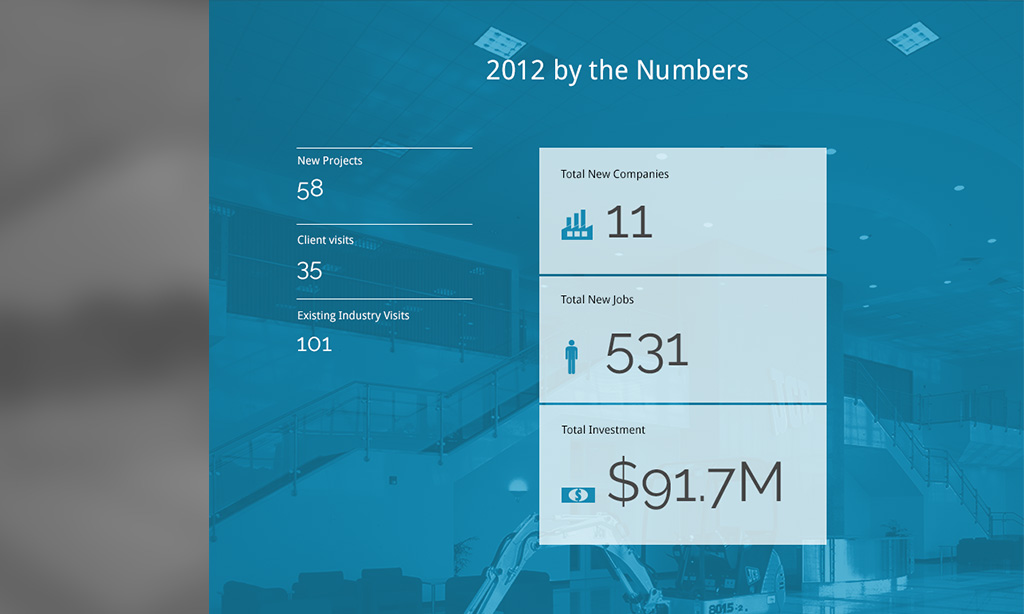 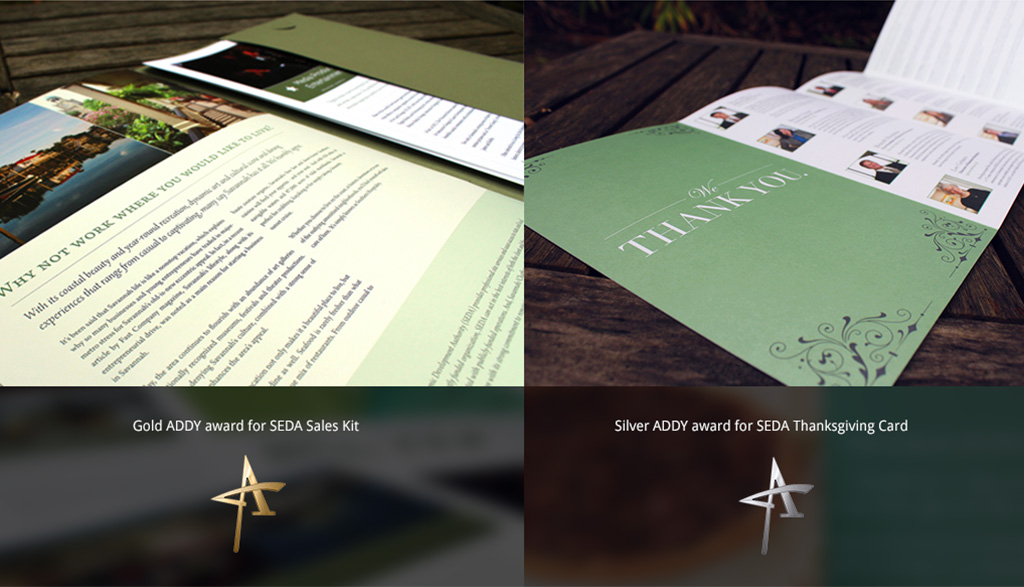 Asked why they didn’t just distribute a pdf version of the traditional report? Angela Hendrix responded,

“Plain and simple, that’s pretty boring. We didn’t want something that people just glanced at and thought ok, that’s it. We wanted people to engage with the report.” 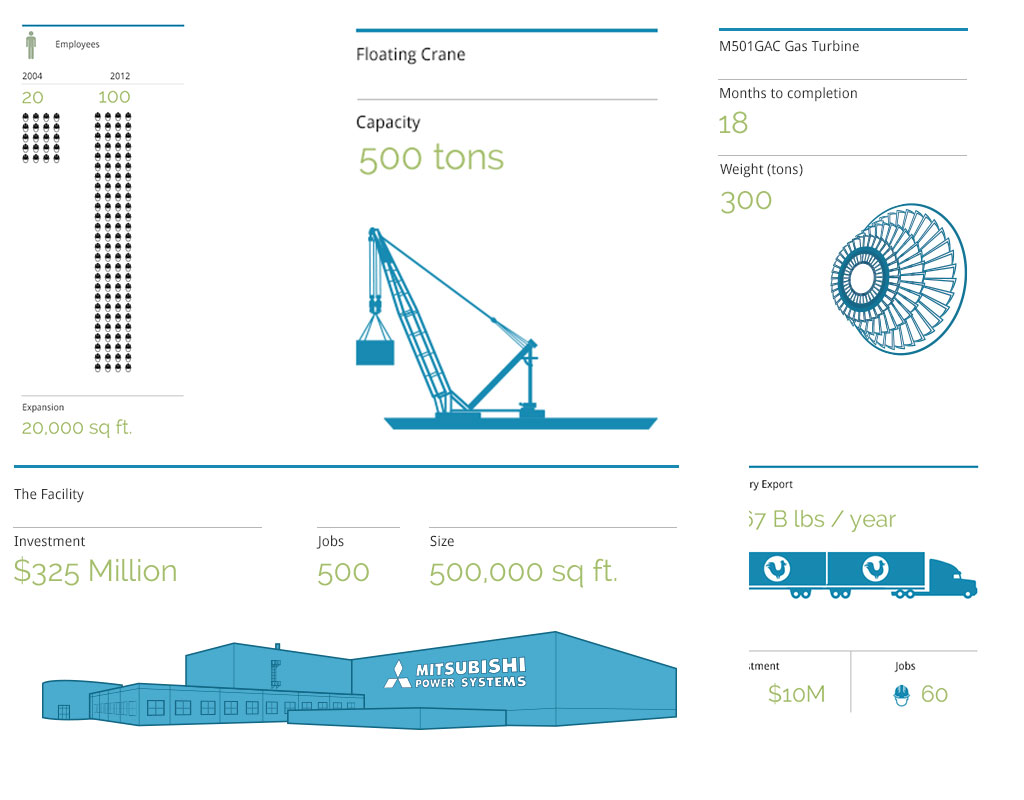 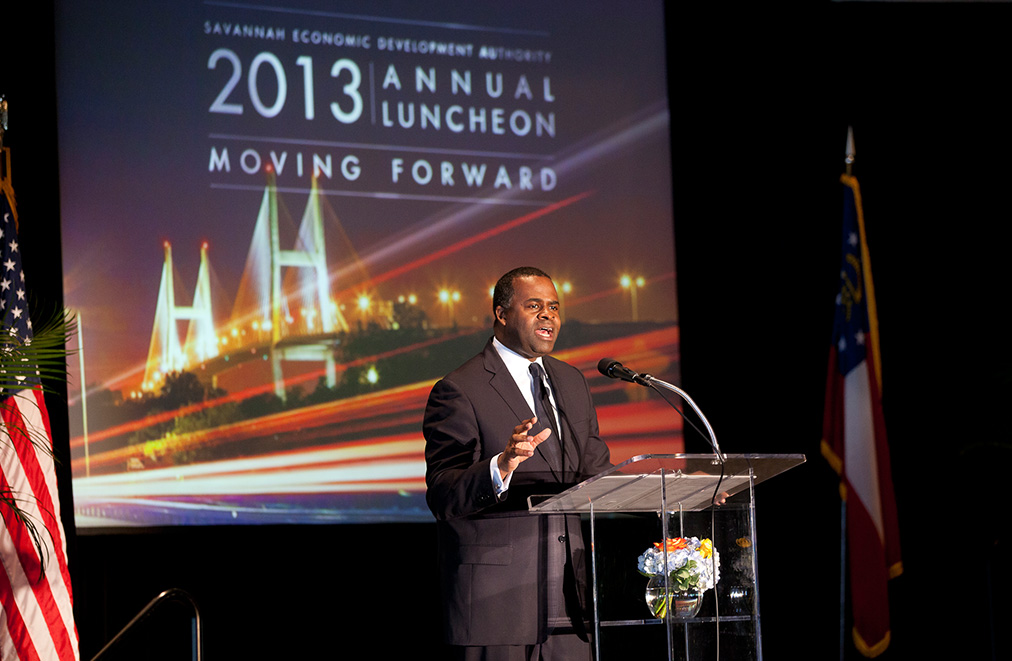 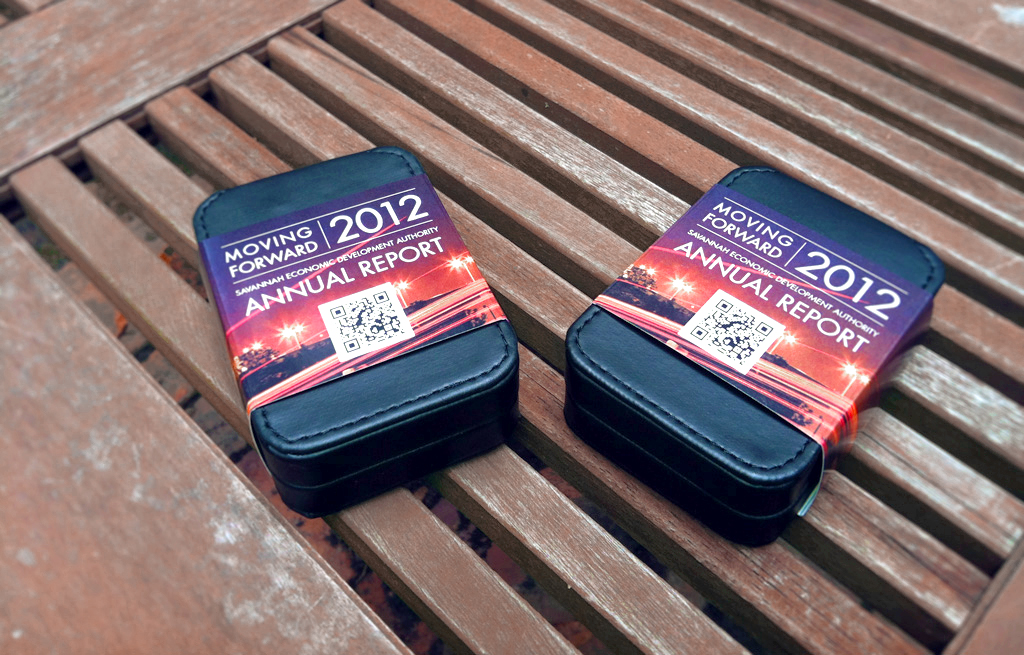 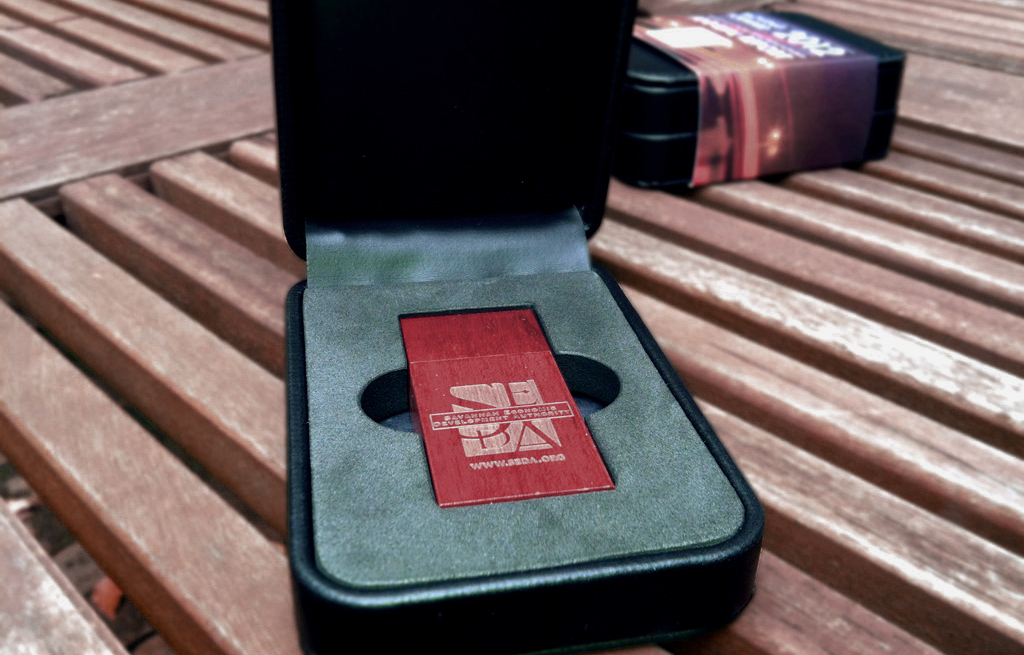 The reaction has been great and all positive so far! I was concerned that people wouldn’t look at the annual report but based on responses we have gotten from people, they have. They like that it’s something different, that it feels “cutting edge.” It makes our stakeholders feel like they are back in the game.

A revamped look and UX for a corporate report

Updated website for Savannah's bridge to international business and trade